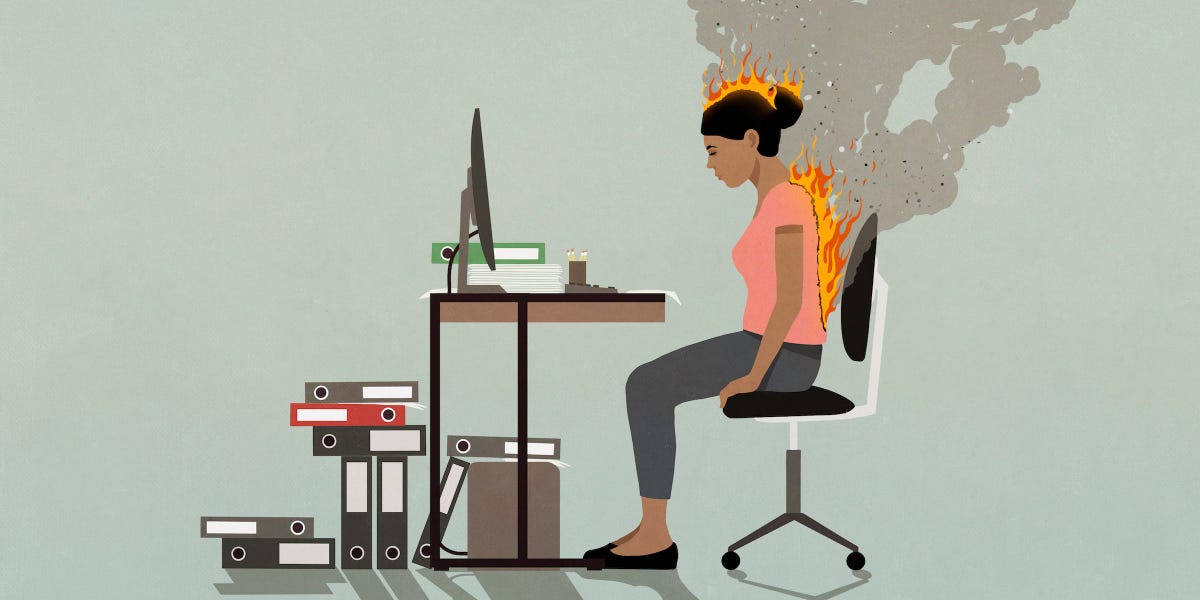 30 million US workers think their workplace is toxic. Here are the 3 main factors causing toxic work cultures, according to research.

Around 30 million, or one in nine, US workers experience their workplace as toxic, according to research conducted by MIT Sloan School of Management.

“It’s really an epidemic of toxicity,” Charlie Sull, one of the two researchers who conducted the study, told Insider. “This is something that affects tens of millions of people in America alone.”

Charlie Sull spoke to Insider to break down how these three factors can manifest in a workplace.

Within a company, certain behavior can become normalized among employees.

A mild example of a toxic social norm, Sull said, is a workplace where employees don’t care about getting to meetings on time.

“If everyone in the organization is disrespectful of people’s time and no one cares about being on time. That’s unhealthy and a social norm that can contribute to toxicity,” Sull said.

“A downright toxic norm,” he said, “is, for example, employees thinking it is ok to shout if they disagree with something.”

Workplace social norms are often established and maintained by leaders or managers.

But Sull added that his research indicated some workplace social norms can take on a life of their own, independent from the leader who started them.

“Social norms can persist even if the leaders who originally started them are long gone,” he said.

“We’ve seen cases where a toxic culture was created 10 or 15 years ago and that generation of leaders has since departed but nevertheless, the social norms that they helped start have persisted.”

Senior leadership may set the rules for the rest of the organization, but Sull’s research found that middle management also has a part to play in creating workplace culture.

“If you have leaders at either one of these two levels exhibiting unhealthy social norms, such as disrespectful or abusive norms, favoritism, or racial and gender inequity, this is going to have a very negative impact on your culture,” he said.

In large organizations, toxic cultures often exist in sub-cultures. These pockets of toxicity can be created by abusive managers who encourage unhealthy social norms within smaller teams, according to Sull’s previous research.

“The top team doesn’t necessarily have to be toxic,” Sull said. “They can foster a toxic culture by apathy or ignorance or incompetence.”

When an employee’s job role is badly designed it can lead to excessive workloads. This results in uncertainty and an abundance of busy work.

When job roles aren’t well defined, employees can end up confused about what responsibilities and tasks their jobs include or who their manager is. This can be stressful for workers and lead to burnout.

“If your role is inherently ambiguous, that’s another driver of the kind of work design that leads to toxicity,” he said.

Employees need to feel empowered to manage their work for a healthy work culture to flourish, according to Sull.

“If employees are micromanaged and they don’t have the autonomy to do their job, that can also lead to distress and toxicity,” he said.