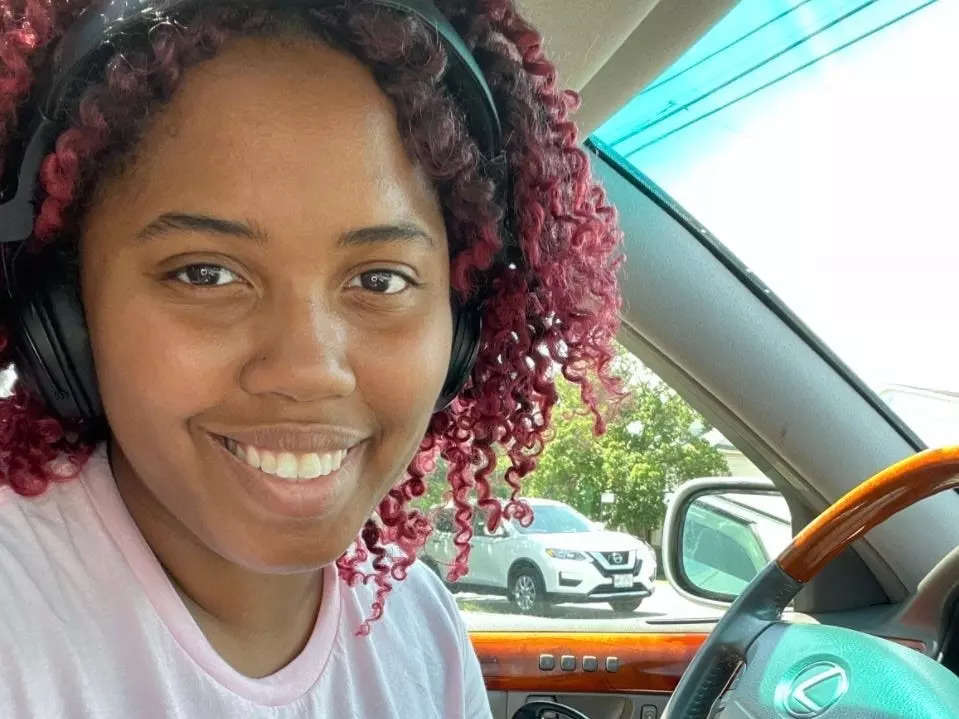 A 29-year-old who traded in her office job for the male-dominated locksmith industry explains how the career pivot re-energized her creativity: ‘It can be something that brings you joy’

When 29-year-old Chyan Smith left her medical receptionist job in August 2021, she wasn’t sure what she wanted to do with her life.

Fast-forward only a few months later, and she’d reinvented herself as a self-employed locksmith, helping customers who’ve been locked out of their homes and cars through the home service marketplace Jobox.

Only 10 to 15% of locksmiths are women, but Smith says it’s the creative, hands-on, flexible, service-oriented, and well-paying job she was looking for. She hopes she can inspire other women to explore outside-the-box jobs as they look for a fulfilling career, even if a job might seem “kind of crazy” from afar.

Smith is among the millions of Americans who have embraced the flexibility and supplemental income self-employment can provide. A 2021 Upwork study found that 59 million Americans — or 36% of the US workforce — had performed freelance work over the prior 12 months. More could join them if the economy slows. For many Americans, trade schools, certifications, and apprenticeships are looking attractive as the cost of a college education remains high.

She’s also among the many women bucking historical trends and moving into male-dominated industries. Despite the challenges, some — like Smith — have found a fulfilling career that they might never had explored a decade ago.

Smith says that everybody — even those who work 9-to-5s — “should be an entrepreneur in one way or another,” because “multiple streams of income is really the route to go.” While investing is her only secondary source of income right now, she’s worked in food delivery, babysitting, and pet sitting in the past.

She says her locksmith work pays $100-$300 per job, though it’s typically at least $150 for more urgent requests, like when a customer is locked out late at night. Over the last nine months, she says she’s completed an average of 22 jobs per month.

Smith declined to disclose the total income she earned her first year on the job. But she says that if someone works hard and actively looks for work, they can “definitely” earn a minimum of $35,000 to $50,000 a year as a self-employed locksmith.

“My creative side was dying”

From 2016 to 2021, Smith worked as a medical receptionist. While she has fond memories of this experience, she says the grueling nature of the job made it difficult to find time for church and community volunteering, family and friends, and hobbies.

“I felt like I needed to do something with my hands, I needed to get creative,” she said. “My creative side was dying and I had so many other things that I felt were very important alongside my job that I wanted the freedom to be able to do and couldn’t necessarily get done.”

She left the job in August of 2021, and within a month, had found exactly what she was looking for.

One day, she took a break from looking for jobs and accompanied a locksmith friend on an assignment that took him to a “beautiful” area of Long Island, New York.

He began teaching Smith how to pick a lock, and it turns out she was a natural, she said.

For the next week, Smith shadowed her friend at work, and he offered to take her on as an apprentice.

“I truly believe that God leads my path. I was seeking Him for understanding and where to go with what I would do next. And I was like, ‘Lord, I feel at peace about this situation. I think I’m going to go for it,'” she said.

The next week, she officially began her apprenticeship. She and the friend have been working together over the past year and even began dating last December.

Smith says she finds jobs through the Jobox platform, where she is connected with customers who have requested assistance after, for example, being locked out of their homes or cars. When called upon, she’s typically asked to pick a lock or open a door with her tools.

While she says there has generally been a solid supply of work available — and she even passes up some assignments — the workflow comes and goes, and her gig employment doesn’t come with any health or retirement benefits. She completed 42 and 31 jobs this past September and February for instance, compared to only 13 and 15 in May and July.

Her hours worked per week can also vary considerably. When a job is based in Manhattan, it can take Smith — who lives in Long Island — over an hour to get there, something that lengthens her work day. Once she gets to a job, the easiest gigs can be done in 15 minutes, but that’s not always the case.

While Smith often has to deal with customers in stressful situations, she says the experience has generally been positive. She’s been hit on, and customers are sometimes confused to see a Black woman show up for the job, she says, but she’s also received plenty of encouragement.

“I’m glad that I can be someone who inspires young Black women and young women in general to try something different,” she said. “Do what it is that you think is kind of crazy because no one else is doing it.”

Many customers have even opened up to her, sharing their life stories and struggles, which makes it “more than just a key–making experience” for her.

Moving forward, Smith is excited for year two of her locksmith journey. She says her finances are “sound” and that she’s happy with what she’s earning, but the job is about more than money for her.

“It’s never going to be boring, that’s for sure,” she said. “And it’s always going to give me freedom. That’s something money can’t buy.”

It’s not just money and freedom she hopes the job will provide her, however, but the opportunity to give back to her community by helping people learn skills and trades like locksmithing.

“Those who are less fortunate may not be thinking that they are able to do anything like this,” she said. They can hear my testimony and know that it is possible.”