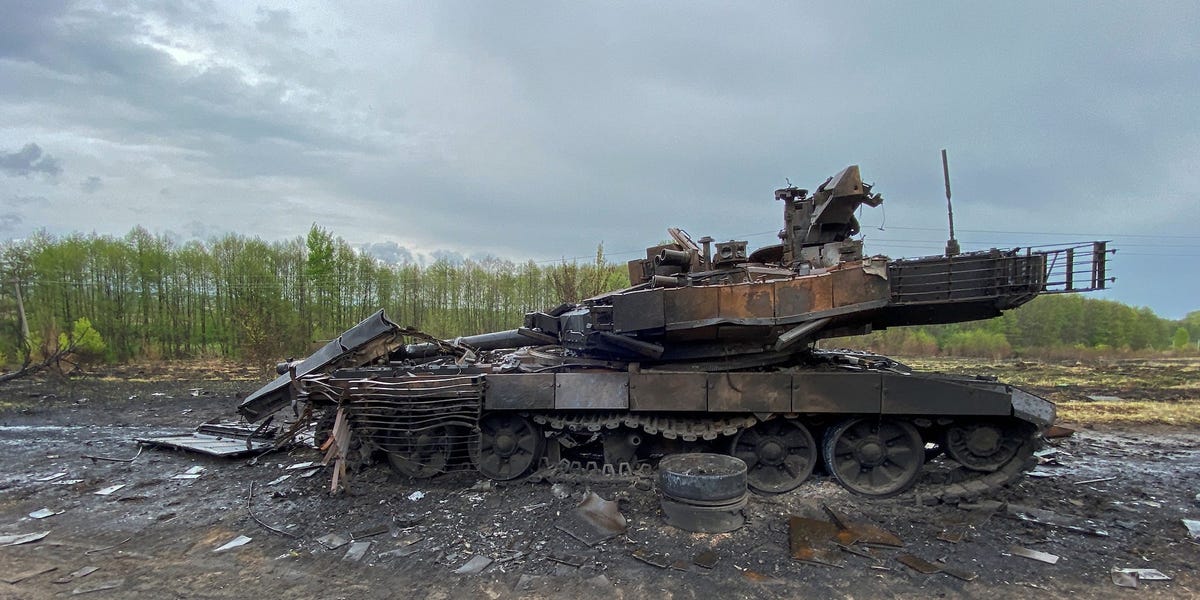 A burnt-out Russian tank can be put in front of Moscow’s embassy in Germany, court rules

A German group won the right to place the burnt-out wreck of a Russian tank in front of the country’s embassy in Berlin to convey the “brutality” of the war in Ukraine.

Local authorities had initially resisted the proposal from Enno Lenze and Wieland Giebel, who both run a museum in Berlin, citing public safety and its appropriateness, according to a court press release.

But Mitte officials were ordered by Berlin’s administrative court on Tuesday to allow the proposal, first made in June, to go ahead.

Putting the tank there temporarily “falls under the constitutionally protected freedom of expression,” the court said.

The embassy is on the Unter Den Linden boulevard in Berlin’s Mitte, a key tourism and administrative district.

Lenze, whose biography lists him as an “entrepreneur, consultant, museum director” says he has been in Ukraine since March, working as a war reporter.

He said on Twitter that there “I saw all these shot down tanks and this destroyed stuff.”

He added that he was inspired by similar displays in Prague, Warsaw and Kyiv.

“But the city of Berlin said no, and they had hilarious reasons,” he continued, outlining what he said were the objections officials raised, including traffic concerns and the potential impact on a nearby kebab stall.

Mitte district was also initially concerned because “people probably died” in the wreck, making it inappropriate for display, the court release said.

The road just outside the embassy likely can’t support the weight of a massive tank, the court release said, so the which suggested a nearby crossroads for the display.

However, the paperwork involved in transporting and organizing the installation means the tank won’t arrive soon, Lenze said in his video.

The embassy did not respond to Insider’s request for comment, and Lenze told Insider that no representative has said anything.

In an interview with German magazine Demos Mag, Lenze said the embassy isn’t his main intended audience, but passers-by, whose empathy he hopes to awaken.

“In general, I hope that it opens people’s eyes and conveys the brutality and suffering of the victims without showing ‘shock pictures’ directly,” he said.

Lenze told Insider that he doesn’t have a tank yet, but plans to pick one up from Ukraine using a flatbed truck and paying associated costs themselves.

“Our government doesn’t want to send tanks to Ukraine, but it also doesn’t want me to import one as well, so it’s a bit stupid,” he said in his video message.

Germany’s Chancellor, Olaf Scholz, has come under internal criticism over his government’s hesitance to send armed vehicles to Ukraine, as Defense News reported.