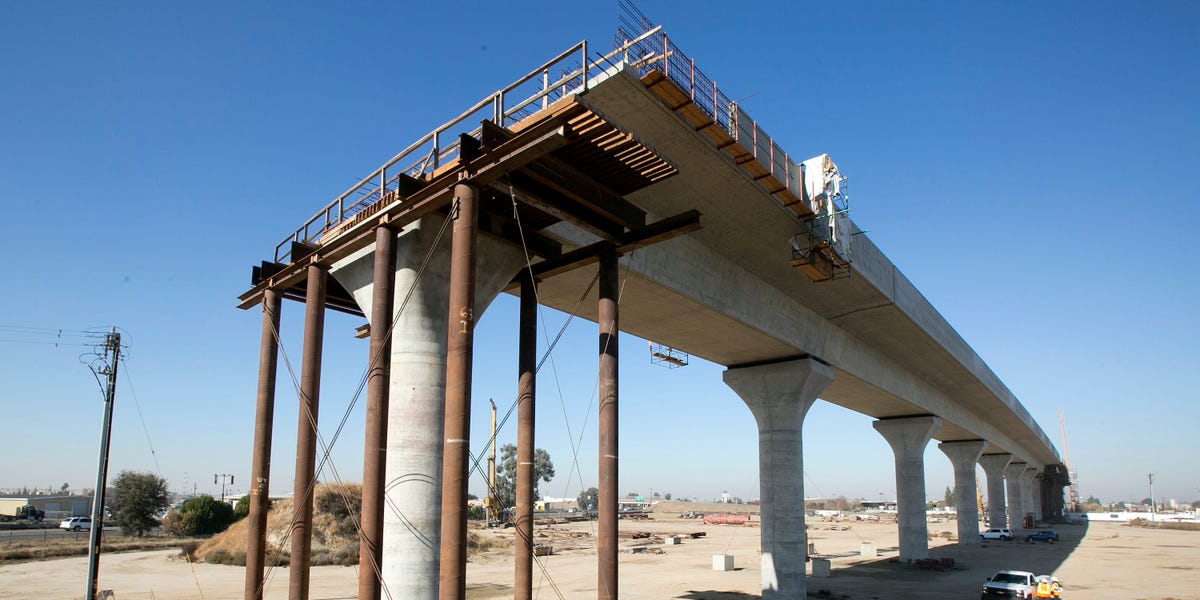 A company hoping to help California with its high-speed rail built one in North Africa instead, saying the region was ‘less politically dysfunctional’

The Société nationale des chemins de fer français (SNCF), a French state-owned railroad operator, came to California in hopes of helping the state build a high-speed rail system from Los Angeles to San Francisco but left for North Africa in 2011 because the region was ‘less politically dysfunctional’ than the Golden State.

Within 7 years, they built a functioning high-speed rail system in Morocco, the New York Times reported.

California sought to have the first high-speed rail system in the country, but a new report from the Times showed political disagreement on the train’s route slowed the ambitious project to a near halt — and raised construction costs by billions.

The bullet train system, first proposed in the 1980s, would transport passengers between LA and San Francisco in 2 hours and 40 minutes. The project, approved by a 2008 vote, was meant to cost $33 billion and be completed by 2020.

Cut to 2022 and the California Speed Rail Authority now estimates the cost will be $113 billion, the Times reported.

Dan McNamara, a project manager for SNCF, told the Times after recommendations made by the company were ignored by the state the company decided to pull out.

“There were so many things that went wrong,” McNamara told the Times. “SNCF was very angry. They told the state they were leaving for North Africa, which was less politically dysfunctional.”

Many of the issues surrounding the project are tied to different political figures who want the rail route to pass through their cities and regions, the Times reports. The original plans were meant to have a direct route through the San Gabriel Mountains, but politicians wanted to divert the rail into the Mojave desert and parts of Central California.

Politicians in desert cities like Palmdale and Lancaster argued that diversions would provide more riders and help their local economies, the Times reported. Alterations to the proposed route were made at the cost of a speedy build.

Former President Donald Trump also pulled $1 billion in funding for the project in 2019 after the Federal Railway Administration said the state failed to make progress on the project. However, President Joe Biden restored much of this funding last year.

The California High-Speed Rail Authority continues to build: The first section of the rail is under construction in Central California. The authority hopes to begin testing the section in 2025.

Some rail operators told the Times the entire project could potentially be a bust.

“I don’t think it is an existing project,” Quentin Kopp, a former rail chairman, told the Times. “It is a loser.”