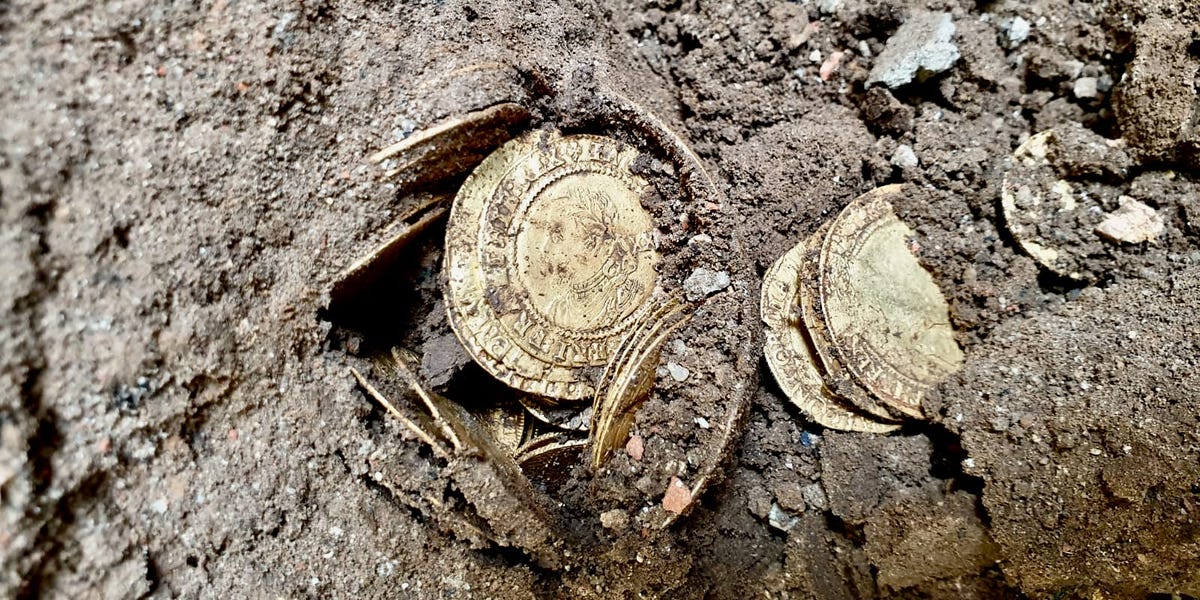 A couple laying a new kitchen floor dug up a trove of 264 rare gold coins that just sold at auction for $845,000

An incredible collection of rare gold coins found by a couple renovating their kitchen has sold at auction for £754,000 ($842,330).

The hoard of 264 coins English gold coins from 1610-1727 was discovered when the unnamed couple dug up the kitchen floor of their house in 2019.

The coin collection is believed to have been once owned by the Fernley-Maisters, a family of traders from Hull, East Yorkshire, who made their fortunes in Baltic trading, BBC News reported.

The auction house Spink & Son told the BBC that the lots garnered international attention, with private collectors from America, Europe, Australia, China, and Japan flocking to the sale.

Auctioneer Gregory Edmund told Insider in a statement: “I have never seen a response to an auction like that before, and the results testify it, my provisional estimate was demolished three times over. It dwarfed any pre-conceived expectations and set dozens of world records along the way.”

The couple found the coins underneath concrete and 18th-century floorboards in their kitchen. The treasure trove was “120 years of English history hidden in a pot the same size as a soda can,” Edmund said, per the BBC.

“The story was extraordinary, and that is what achieved the mind-blowing result. I do hope people think before ripping up their floors, though,” he said in a statement.