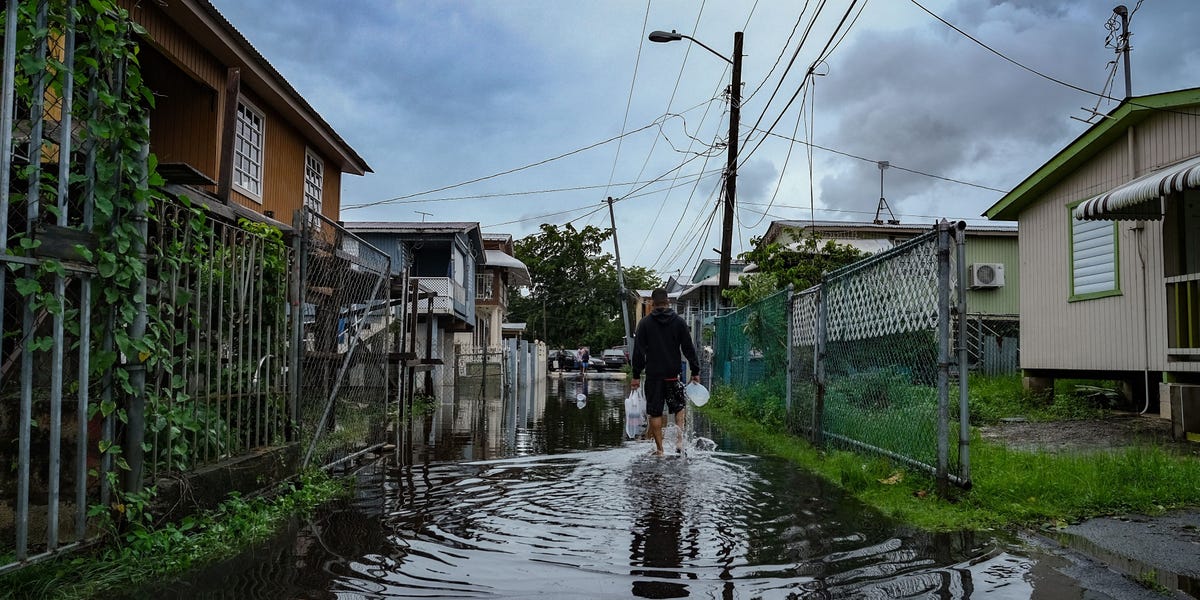 Nearly three weeks after Hurricane Fiona triggered a blackout in Puerto Rico, power has been restored to 94% of residents, but the problems plaguing the island’s energy grid are far from resolved.

Before the Category 1 storm made landfall on September 18, Puerto Ricans this summer took to the streets of San Juan to protest recurring power outages and rising rates, while a local coalition of clean energy, environmental, and union groups criticized the slow pace of renewable-energy development.

The target of the frustration is Luma Energy, the grid operator that took over in early 2021 with the task of rebuilding a system that had long been mismanaged and suffered from underinvestment. The system was decimated after a pair of hurricanes — Irma and Maria — struck Puerto Rico in 2017, leaving some residents without power for 11 months, a federal watchdog found.

Since then, the Trump and Biden administrations earmarked more than $12 billion to rebuild Puerto Rico’s power grid and protect it from disasters. President Joe Biden, during a tour of the island’s hurricane damage this week, promised to quickly get those funds out the door to transform the system. The Federal Emergency Management Agency has started to dole out some funding this year.

The funding is a huge opportunity for Puerto Rico to deliver on its goal of 100% renewable electricity by 2050 and build a more resilient system, said Ruth Santiago, an environmental attorney in Puerto Rico and member of Queremos Sol, which advocates for rooftop solar installations. Renewables account for only 3% of the island’s energy generation. The rest comes from natural gas, petroleum, and coal, much of which is imported.

“Distributed power like rooftop solar and battery storage can be done locally and minimize the expensive costs of transmission and distribution,” Santiago, who is also a member of the White House Environmental Justice Advisory Council, told Insider. Smaller grids prevent island-wide blackouts when a key transmission line goes down, she said.

Santiago and other advocates met with President Joe Biden on Monday during his visit to Puerto Rico and warned him that current plans risk rebuilding the same centralized system that depends on fossil fuels; the group urged the administration to step in.

When asked by Insider, Luma pushed back against accusations that it’s not doing enough to advance renewable-energy projects and noted that it took over the grid from the Puerto Rico Electric Power Authority, a government-owned utility that went bankrupt in 2017 and is trying to restructure its $9 billion debt.

PREPA still owns most of the island’s power plants but turned distribution, transmission, and maintenance over to Luma under a 15-year contract.

“We are very pro renewables,” Mario Hurtado, Luma’s chief regulatory officer, told Insider, adding that the company had connected more than 28,000 customers to residential solar in 16 months — more than what PREPA did in a decade.

On a larger scale, Luma is supporting the Puerto Rico Energy Bureau, the system regulator, in its push for PREPA to procure more renewable power generation, Hurtado said. The company is also participating in the Biden administration’s PR100 study, launched in February to help accelerate the island’s transition to carbon-free power.

“We need to do this while improving reliability and resiliency,” Hurtado said. “They have to go hand and hand.”