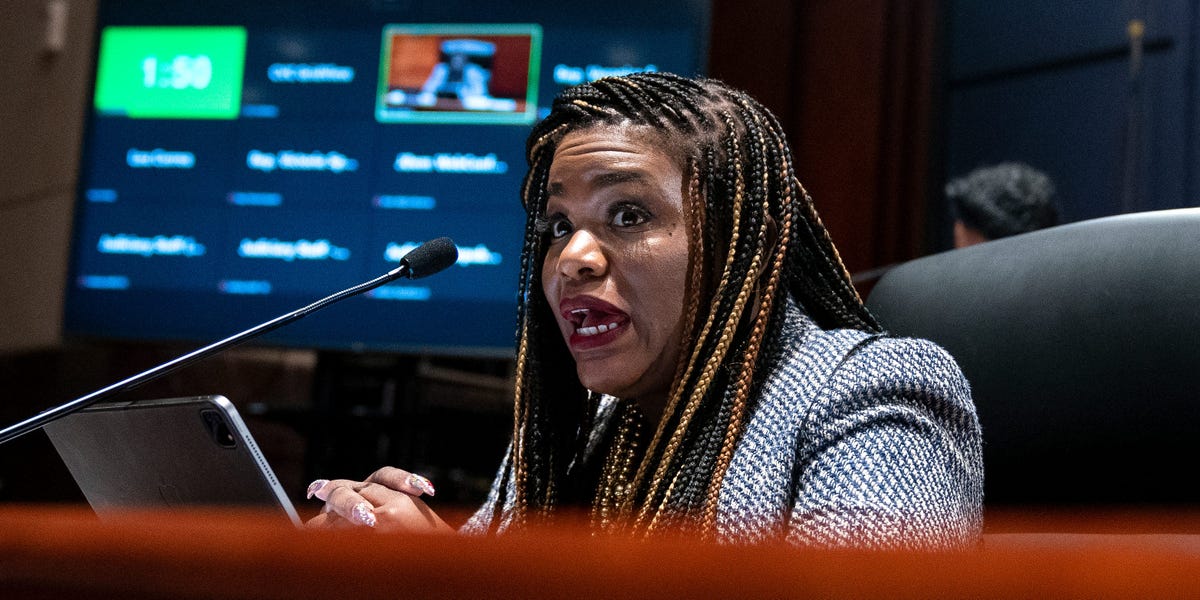 A Democratic lawmaker is calling on Republicans — and a student-loan company — to stop trying to block student-loan forgiveness from reaching millions of Americans.

On Wednesday, a federal judge heard arguments from lawyers representing President Joe Biden and the six Republican-led states who sued Biden’s debt relief because they say it would harm their states’ tax revenues. They also claim it would hurt the financial operations of Missouri-based loan company MOHELA, where the lawsuit was filed. It’s one of at least five major lawsuits filed by conservatives attempting to block student-debt cancellation, but this one differs from the others due to MOHELA’s involvement in the case, and the fact that the company has yet to make publicly comment on the legal proceedings.

Missouri Rep. Cori Bush said in a statement following the Wednesday hearing that the case is the “the latest example of Republicans and student loan servicers prioritizing profits over people and corporations over constituencies.”

“Missouri-based student loan giant, MOHELA, has remained silent about the pending lawsuit – seemingly complicit in Republican efforts to prevent over 40 million borrowers from receiving the debt relief they have been promised,” she said. “Actions to delay or prevent this economic program from moving forward will disproportionately harm Black and brown borrowers.”

As the representative of Missouri’s first congressional district, Bush said, “I urge MOHELA and these six Republican Attorney Generals to stop putting profits over the interests of student loan borrowers and halt all activities that interfere with the President’s student loan debt cancellation plan. The American people overwhelmingly support student debt cancellation and neither partisan nor corporate interests should prevent borrowers from receiving the life-changing relief they need and deserve.”

As Insider previously reported, the Republican plaintiffs’ lawyer argued that student-loan forgiveness would bring “enormous” financial harm to MOHELA. While Biden’s lawyer argued that the GOP states do not have the standing to use the student-loan company in their argument, the plaintiffs said that MOHELA’s revenue directly impacts the state and can be used as a defense in court.

Missouri District Judge Henry Edward Autrey, who was appointed by former President George W. Bush and heard the arguments, said the lawyers will hear from him “very soon” on whether he decides to halt the debt relief.

The Biden administration is still moving forward with its up to $20,000 debt relief process. On Tuesday, it released its first preview of the student-loan forgiveness application, which only requires a borrowers to enter basic information like their names and Social Security numbers, and if needed, they may be selected to submit additional documentation down the road to verify their incomes fall beneath the $125,000 threshold. An exact date for the release of the application has yet to be announced, but the White House has affirmed it will happen at some point in October.