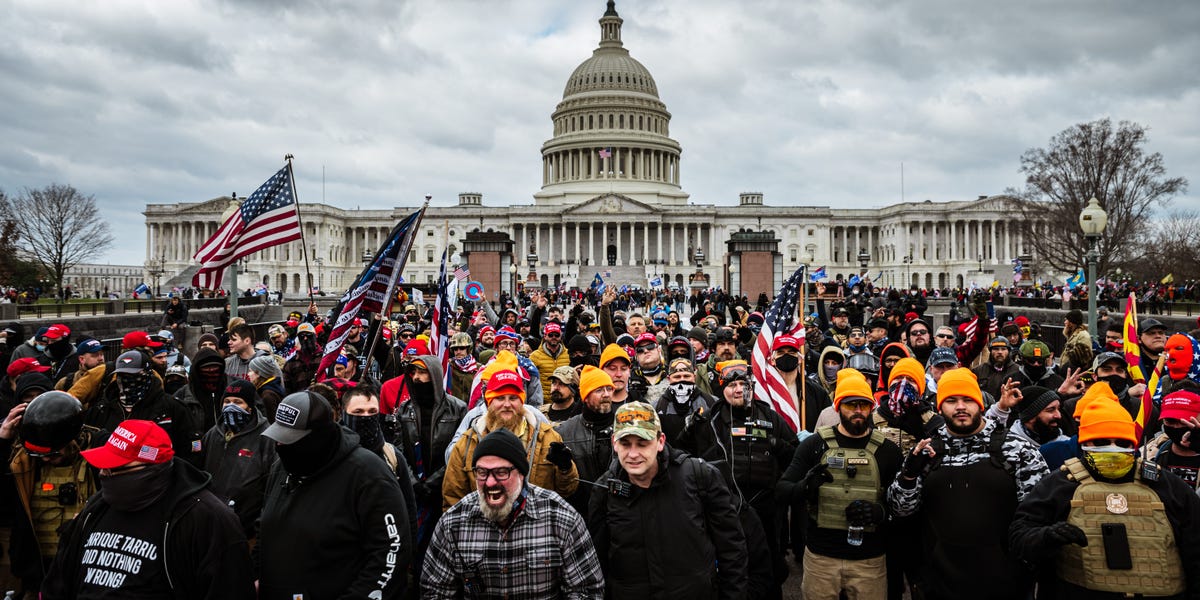 A Texas family of five who traveled to Washington, D.C. together on January 6, 2021, and entered the Capitol building during the riot were each sentenced in federal court for their involvement on Wednesday.

But while the mother of the family, Dawn Munn, asked for leniency from the judge, she repeated Trump’s election fraud lies at her sentencing hearing, repeating the disproven claim that the 2020 election was not secure, according to CBS News correspondent Scott MacFarlane.

“I’m sorry for what happened on January 6,” Dawn Munn said, according to CBS News Congressional Correspondent Scott MacFarlane. “I understand this country has been divided between conservative and non-conservative values.”

US judge Beryl Howell was concerned that Munn was justifying her actions.

“This is not the kind of remorse that indicates some assurance that they’re not going to engage (again), after being susceptible to being egged on for political violence once,” Judge Howell said, according to MacFarlane.

Munn’s claims echo those of former President Donald Trump, who called supporters to the Capitol on January 6 and has repeatedly claimed without evidence that the 2020 election — which he lost to Joe Biden — was stolen from him.

Both Dawn and Thomas Munn, the parents, were sentenced to 14 days in jail, three years probation, and 90 days of home confinement — less than the 30 days of jail time prosecutors sought for the couple.

Thomas told the judge he’s “never been political before… I just kept watching what was happening on the news” and “I got myself overwhelmed,” MacFarlane reported.

Prosecutors alleged the parents planned a family trip to D.C. and that they were outspoken about Trump’s election claims on social media. The Munns also brought a fourth child — a minor — to the riot.

Howell said he couldn’t understand how Dawn Munn brought the couple’s then-23-year-old son to the riot, knowing he had a medical condition that made it difficult for him to stand, according to MacFarlane. That son reportedly expressed remorse and said he never wanted to go to Washington DC in the first place.

The three grown Munn children who went into the Capitol building were also sentenced on Wednesday, though none received jail time.

Kristi Munn, the family’s oldest child, was sentenced to three years probation and 90 days of house arrest, the most severe sentence of the three children.

Kristi had sent a Facebook message after the riot celebrating, prosecutors alleged.

The protests went “fucking great,” she allegedly wrote. “Holy shit we were inside the fucking capital!”

Kriti’s defense lawyer said that the 30-year-old was “heartbroken” about her actions and that her social media posts happened “in the heat of the moment,” according to MacFarlane.

The other two siblings — Joshua and Kayli — were sentenced to probation.

All five of the Munn family had pleaded guilty to a misdemeanor charge, according to court records. The family admitted they spent an hour inside the Capitol on that day.