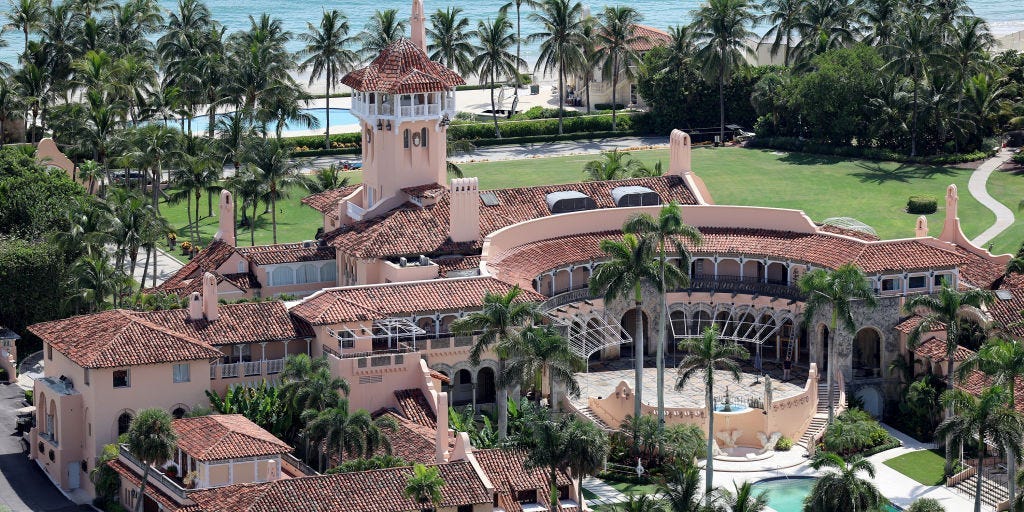 A Trump aide is talking to the FBI about the Mar-a-Lago docs, reports say, appearing to confirm suspicions of an informant

Reports that an employee of former President Donald Trump has been helping the FBI to investigate him in the Mar-a-Lago case added weight to long-running suspicions of an informant in his orbit.

On Wednesday, The Washington Post reported that a Trump employee had testified to the FBI of having been ordered by Trump to move boxes of documents to the former president’s own residence in the complex.

The Post said that the employee’s testimony helped justify the decision to raid Mar-a-Lago in August, when agents seized hundreds of documents, many with the highest levels of classification.

The witness account was backed by security footage showing people moving the boxes, The Post said. A source familiar with the witness’ description confirmed the account to CNN the same day.

The Post’s reporting was on the basis of people familiar with the federal investigation. Those people, The Post said, described the witness as a Trump employee who is a key informant who had given multiple interviews to investigators.

Aside from providing further insight into Trump’s moves throughout the lengthy negotiations to return presidential records, the report sheds new light on ongoing rumors that someone near Trump is working against him.

Some commentators, including aides, Trump’s niece Mary Trump and former White House chief of staff under Trump Mick Mulvaney, have suggested that it could even be a member of Trump’s own family.

Mary Trump speculated that it could be Jared Kushner — something he firmly denied — while Mulvaney said it would have to be “one of six to eight people” in Trump’s inner circle.

Trump spokesperson Taylor Budowich did not respond directly to The Post, but accused the Biden administration of weaponizing law enforcement, saying the investigation is “a desperate attempt to retain political power.”