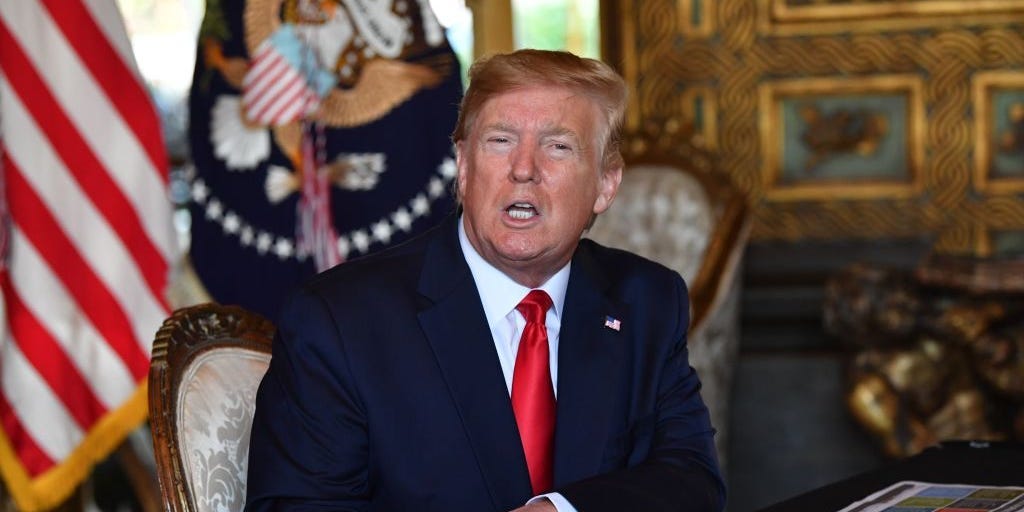 A Trump aide was caught on security camera moving boxes from a Mar-a-Lago storage room before and after the DOJ subpoenaed Trump for top-secret documents: NYT

A Trump aide was caught on security camera moving boxes out of a storage room in Mar-a-Lago, per a report from The New York Times. The Times did not view the security footage and Insider was not independently able to verify its contents.

The Times spoke to three people familiar with the matter, who said longtime Trump staffer Walt Nauta was seen on Mar-a-Lago’s security footage moving boxes out of a storage room that was later searched by the FBI. This took place both before and after the Department of Justice issued a subpoena in May ordering Trump to hand over classified documents, per the NYT’s sources.

Intrigue has swirled around what was kept in the storage room, and whether anything was removed from it before the DOJ searched Trump’s property. The Times’ piece dropped hours after The Washington Post reported that Trump himself explicitly directed employees to move boxes of White House documents from the storage room. These boxes were taken from the storage area to the former president’s private residence after Trump advisers received the DOJ’s subpoena in May, per The Post.

The FBI also interviewed Nauta several times before it raided Mar-a-Lago on August 8, according to one of The Times’ sources.

After the raid, the FBI carted off 11,000 documents from Mar-a-Lago, including some that were marked “CLASSIFIED.” Investigators found documents inside a closet in Trump’s office and a storage area in the property’s basement. Some of the documents the FBI found were so sensitive that investigators needed further clearance to view them. Among the documents retrieved was classified information on a foreign country’s nuclear defenses, The Washington Post reported.

The DOJ is currently investigating whether Trump broke three federal laws — including the Espionage Act — by keeping the files at his Florida residence. In an August court filing, the Justice Department said it had evidence “that government records were likely concealed and removed” from the storage room at Mar-a-Lago, and that “efforts were likely taken to obstruct the government’s investigation.”

Nauta’s lawyer, Stanley Woodward Jr., declined to comment on The Times’ reporting. Taylor Budowich, Trump’s spokesman at his post-presidential press office, told The Times the Biden administration was “colluding with the media through targeted leaks in an overt and illegal act of intimidation and tampering.”

Budowich and Woodward Jr. did not immediately respond to Insider’s requests for comment.