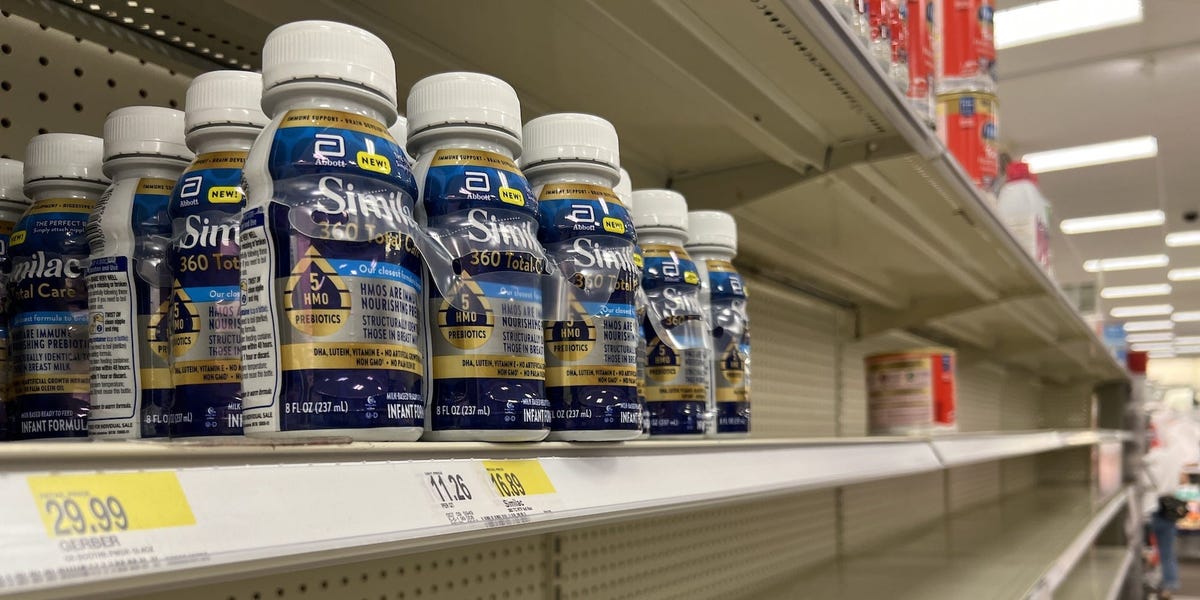 The company issued a voluntary recall on Friday for several Similac ready-to-feed liquid products produced at its Columbus, Ohio facility. It discovered caps on 2 fluid-ounce bottles “that may not have sealed completely, which could result in product spoilage,” Abbott said in a statement.

According to the announcement, the recalled formula is “distributed primarily to hospitals, doctor’s offices, distributors, and some retailers in the US, including Puerto Rico,” with limited supplies sent to Canada and select countries in Central and South America.

The announcement comes after Abbott recalled baby formula products in February when strains of a potentially deadly bacterial virus were found at a manufacturing plant in Sturgis, Michigan. The FDA further warned against using the products while it investigated the deaths of up to nine infants possibly connected to ingesting bacteria in the formula.

The recall led to a widespread shortage of baby formula, from which many retailers are still struggling to recover. The lack of formula swelled into a national crisis as concerned parents struggled to find alternatives, with some falling prey to internet scams involving paying hundreds of dollars to fraudlent sellers.

In May, the Biden administration stepped in to launch Operation Fly Formula, an effort using military cargo planes to deliver baby formula to the US from global facilities including Nestle’s distribution center in Switzerland and Danone’s in New Zealand.

Operation Fly Formula has sourced 26 flights — including most recently a shipment that arrived September 29 from the Netherlands — bringing a total of 97.9 million 8-ounce bottle equivalents to the US, according to the White House.