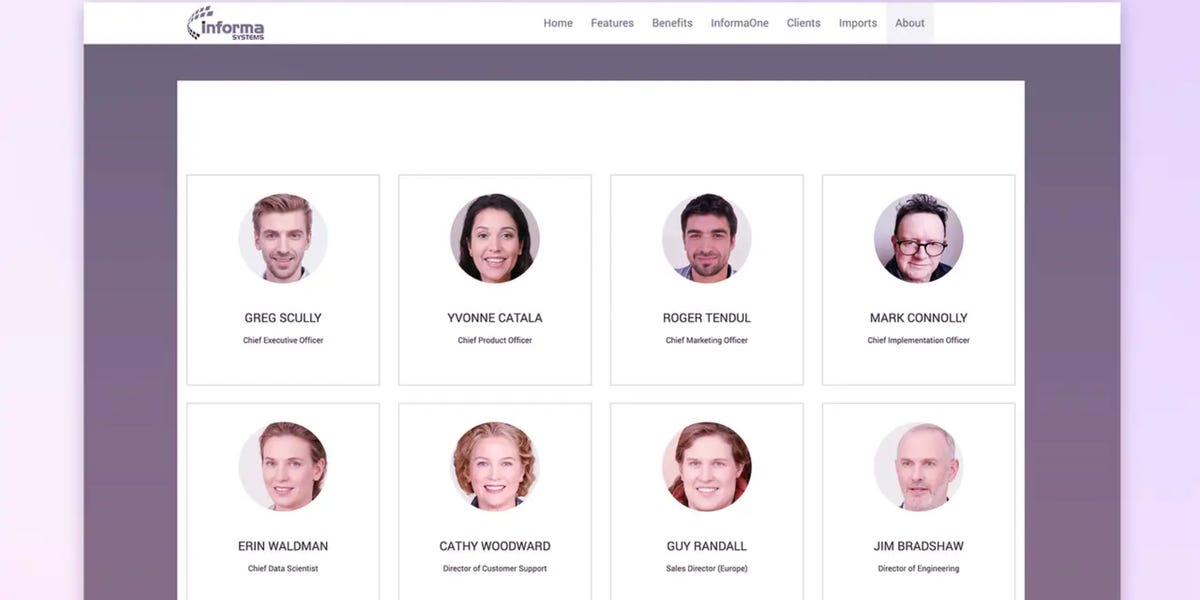 Some companies are using fake, AI-generated images of “staff” who don’t exist on their “about us” pages in an attempt to make their company look bigger.

An investigation by Evan Ratliff for Insider found companies were using Generative Adversarial Network (GAN) software to create AI-generated pictures on their websites to give the impression that these “people” were staff members.

Ratliff spoke to Lukas, the man behind an Austrian test-prep company called takeIELTS, who confirmed he had used several fake images on its “about us” page. Ratliff noticed several anomalies in the “employees,” with one wearing only one earring and another with one side of his face shaved closer than the other.

Despite the company appearing to have plenty of positive reviews from legitimate customers, Lukas told Ratliff that the impression of a large workforce improved takeIELTS’s credibility: “It conveys the right message that it’s a big company working with professionals.”

“That, I guessed, was most likely the rationale behind a lot of the ‘about us’ sites,” Ratliff noted, adding that some companies may want to “project a level of diversity they had never obtained” by bulking out staff rosters.

Ratliff said when he checked in on takeIELTS months later, Lukas had removed all the fake images and changed the company’s name.

The use of GANs to create “nonexistent people” online has proliferated in recent years alongside the growing capabilities of AI, but usually are used as part of a scam or in a bid to influence elections.

The website of another company, Informa Systems, which sold law enforcement training materials to the City of Austin Police Department, was covered with fake images. An image of the company’s supposed chief marketing officer, “Roger Tendul,” had appeared on 30 other sites, Ratliff found. Just one Informa Systems employee, Mark Connolly, appeared to be real.

Ratliff said there are now companies developing software aimed at detecting fake images on company websites and elsewhere on the internet.

Read Evan Ratliff’s full report: Who in the world is Albertina Geller? How artificial intelligence is being used to create a whole new kind of online fakery