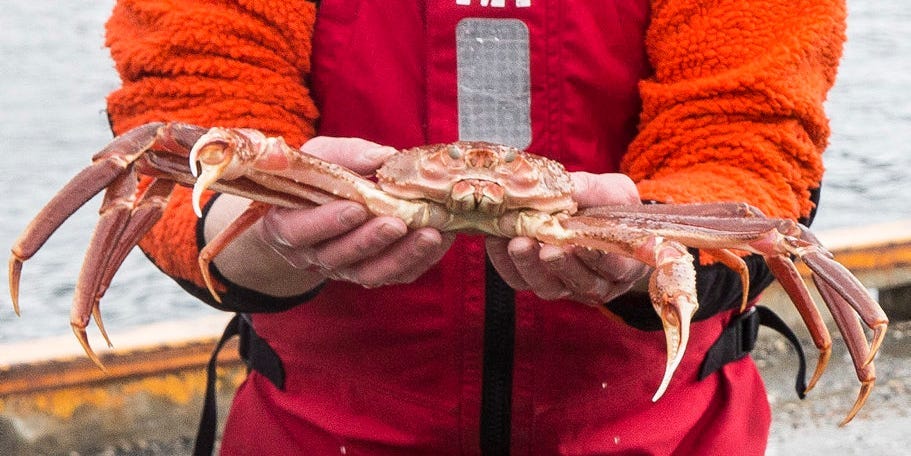 An estimated 1 billion snow crabs suddenly disappeared from the Bering Sea, according to CBS News. The collapse deals a heavy blow to Alaska’s biggest crab industry, and could drive many fishers out of the business.

“It’s going to be life-changing, if not career-ending, for people,” Dean Gribble Sr., a crab boat captain who has fished snow crab since the 1970s, told NBC News. “A lot of these guys with families and kids, there’s no option other than getting out. That’s where the hammer is going to fall — on the crew.”

The snow crab stock looked promising in recent years, sparking hope amid the steep decade-long decline of Alaskan king crab. The Alaska Department of Fish and Game also canceled the season for Bristol Bay red king crab on Monday — for the second year in a row.

Scientists need to conduct further research to determine what exactly caused this year’s snow crab population crash. But the devastation comes three years after record heat hit the Bering Sea in 2019 — just as the crab population appeared to be booming.

Polar regions, including Alaska, are warming faster than the rest of the planet as human-driven greenhouse gas emissions trap more heat and raise global temperatures. Scientists suspect those rising water temperatures are driving the crash of some of the world’s most popular crabs.

“We’re along for the ride. It’s hard to predict or pretend we could have influences on a stock that is subject to Mother Nature and climate change,” Miranda Westphal, an area management biologist with the Alaska Department of Fish and Game, told NBC. “They need time and space and favorable conditions to rebuild.”

Snow crabs had a baby boom, then disappeared

The fishing industry was hoping for a snow crab surge this year.

In 2018, the ADFG recorded the largest juvenile snow crab spike in the fishery’s history, according to Westphal, sparking hope that the fishing stock would rise. In 2019, the juvenile population was still high and promising. That year, the Bering Sea saw a historic spike in water temperatures.

The ADFG didn’t conduct a survey in 2020 due to COVID-19. When the agency returned to count crabs in 2021, it discovered “the biggest crash we’ve ever seen in snow crab,” Westphal said.

The stocks were down 90%, according to The Washington Post.

“That was really unexpected. I don’t think anyone saw this coming,” Westphal told NBC. She thinks the warm waters contributed to the deaths of many young crabs.

This year, the stock fell below the level the agency requires to open a fishery.

“Management of Bering Sea snow crab must now focus on conservation and rebuilding given the condition of the
stock. Efforts to advance our science and understanding of crab population dynamics are underway,” the ADFG wrote in a statement on Monday.

In the meantime, fishing communities are taking a hit.