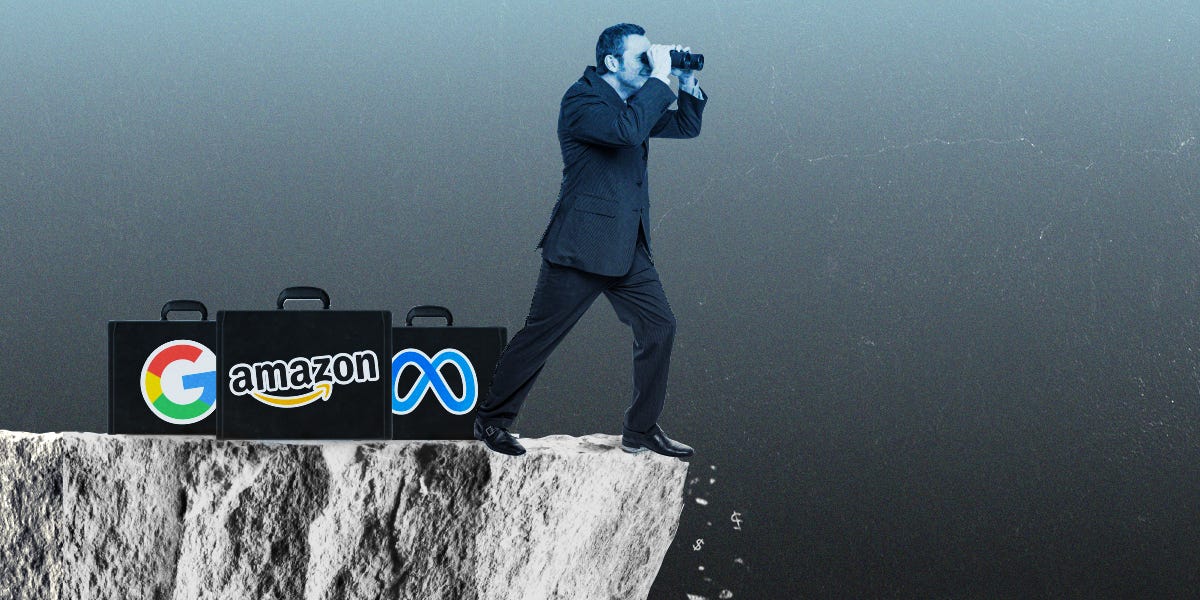 Amazon, Meta, and other big tech firms have entered the ‘Great Hesitation.’ Here’s what that means.

Over the past few years, we’ve developed a new lexicon to help us discuss workplace trends. From the “Great Resignation” to “quiet quitting” and even “quiet firing,” there’s a slew of new words that encapsulate the state of work today.

Now, we’re adding a new one to the list: the “Great Hesitation.”

I’m explaining that and more — plus some breaking news about Kanye West and Parler — below. Let’s get into it.

1. Amazon, Meta, and other big tech firms have entered the “Great Hesitation.” With economists and business leaders predicting a looming recession, leaders at large-cap tech companies are in an anxious waiting game — and they’re starting to cut hiring and other costs as they prepare for the storm to hit.

What to know about the “Great Hesitation.”

2. Deepfakes have taken on an insidious new form. Some software can study faces and then makes its own, creating new deepfakes that are intended to mimic the fundamentals of human appearance — and in some cases, they’re being used for nefarious purposes. So, who’s behind the deepfakes?

3. Breaking news: Kanye West will acquire “free speech” social media platform Parler. The deal was announced via press release, which quotes West as saying: “In a world where conservative opinions are considered to be controversial we have to make sure we have the right to freely express ourselves.” Here’s the latest.

4. Elon Musk has been going back and forth on funding Starlink in Ukraine. Last week, Musk said SpaceX couldn’t continue to pay for the service in Ukraine, and asked the Pentagon to foot the bill. Soon after, though, he appeared to relent, offering continued support for Ukraine. Now, he said SpaceX will add a donate option to Starlink for areas in need.

5. Amazon is in the midst of a cold war with labor groups. As Amazon fights union elections, groups are using a multipronged strategy to strike back: Filing regulatory complaints, digging through federal data to attack the company’s safety record, and even using undercover spies and drones to gather evidence. Inside the battle to expose Amazon’s labor practices.

6. A former Amazon employee shares which parts of the company don’t work elsewhere. Injecting Amazon DNA into a startup by hiring its alumni is a common tactic, according to one 20-year Amazon veteran. But it doesn’t always work — and he says forcing startups to adopt bits of Amazon’s culture can be damaging. Why you can’t Amazon-ify every startup.

7. Creators share how many YouTube subscribers you need to start making money. Through YouTube’s Partner Program, influencers can monetize their videos with ads. We spoke with dozens of influencers who shared how and when they started earning money.

8. Disappointed by “The Rings of Power” season 1? Creators promise you’ll like the next one. The series, streaming on Amazon, has received a harsh fan reaction. But following the first season’s conclusion last week, creators say the second season may be better. We explain why.

9. We test-drove the Pininfarina Battista, a $2 million electric supercar. Pininfarina only plans to make 150 of the high-end, wicked-fast car  — and Insider’s transportation reporter got to take one for a spin. Take a closer look at the Battista.

10. A first-generation iPhone from 2007 could be auctioned for more than $30,000. You thought the iPhone 14 was pricey? One unused 8GB iPhone, still in its original box, is being auctioned off for far more. More on the 15-year-old iPhone.