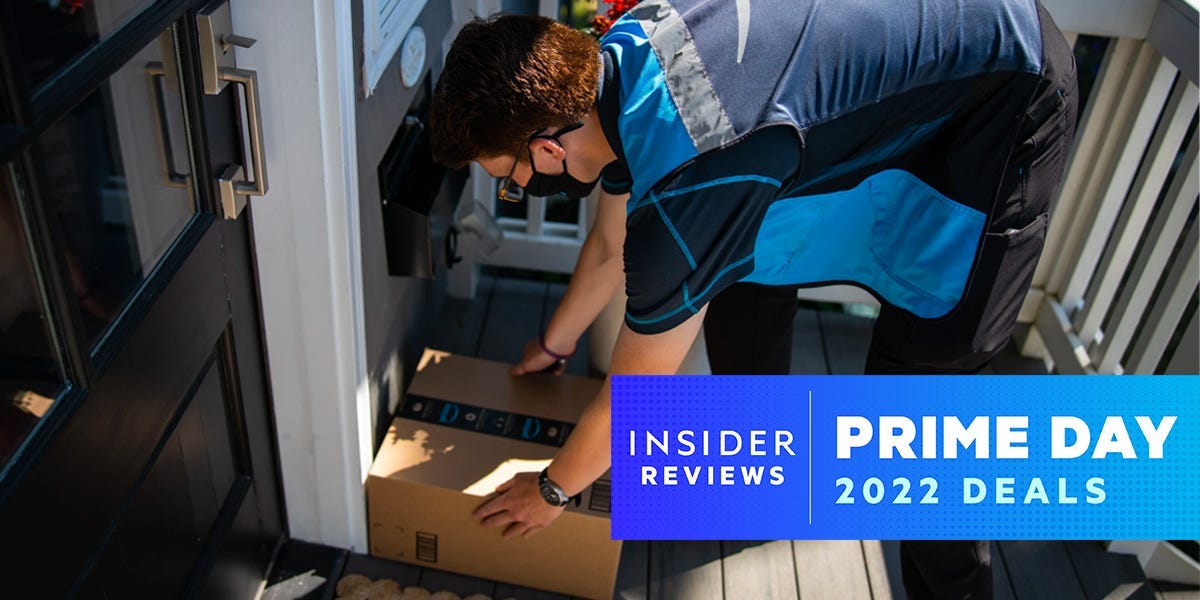 For the first time ever, Amazon is holding a second Prime Day event beginning tomorrow, October 11. It’s officially called the Prime Early Access Sale, and it will run through October 12 to kick off the holiday shopping season.

When it comes to hunting for excellent deals, there are few sales bigger than Amazon Prime Day and this second Prime Day is shaping up to be no exception with deals on Grubhub, Amazon Music unlimited, and much more.

Amazon’s Early Access Prime Sale is held over two days and packed with exclusive discounts and limited-time savings spread across hundreds of categories. With thousands of deals, you’re bound to find something worth buying — and that’s where we come in.

Here’s everything we know about tomorrow’s Prime Early Access Sale, along with tips so you don’t miss out on any deals.

Related: See Insider’s picks for the best credit cards to use on Amazon purchases.

The Prime Early Access Sale is Amazon’s new fall deal event exclusively for Prime members. It’s taking place tomorrow, Tuesday, October 11 and Wednesday, October 12, 2022. The two-day sales event is the first of its kind, and will feature thousands of deals ahead of the holiday season.

The Prime Early Access Sale will run for 48 hours and be available in 15 countries: the US, UK, Turkey, Sweden, Spain, Portugal, Poland, the Netherlands, Luxembourg, Italy, Germany, France, China, Canada, and Austria.

The first Amazon Prime Day in 2022 took place on Tuesday, July 12 and Wednesday, July 13. But what once started as a small event to celebrate Prime members has grown into a full-scale shopping holiday.

Here’s a complete rundown of the history of Prime Day dates:

Is Prime Day only for Prime members?

While Amazon Prime costs $15 a month or $139 a year, there is a free 30-day trial for new subscribers. The trial will grant you access to the sale — just remember to cancel your membership after the event if you don’t anticipate using your Prime membership often enough to make the annual fee worth it.

For non-members, there are many competing sales from other retailers to consider. Major retailers like Walmart, Target, and Best Buy offer their own deals during Prime Day. Though these sales aren’t as splashy, but they deliver similarly low prices on tech and home goods and don’t require a Prime subscription.

Is Prime Day worth it?

During the two-day annual event, thousands of products are put on sale, and not all of them will pique your interest. Given the number of deals — many of which go up and sell out in an hour or even minutes — the sale can get overwhelming pretty quickly.

Prices for Amazon devices like Kindles, Fire TVs, and Echo devices are typically the lowest on Prime Day. Beyond that, you’ll find deals across categories like household essentials, beauty products, electronics, and more.

All that said, whether or not Prime Day is worth your time ultimately depends on what you’re shopping for. There are plenty of deals worth exploring, and the tips below will help you find them.

How are Prime Day deals organized?

Amazon runs several of different types of deals that run for varying lengths of time. You’ll only score the discount when you place an order while the deal is live during the event.

Prime Day deals are typically broken up into two types:

Are Prime Day deals the same both days?

Over the 48-hour event, Amazon releases thousands of sales. There are some deals that span both days, but some deals sell out quickly. If you shopped the first day of Prime Day, you can expect a whole new set of fresh deals on the second day.

Can you return Prime Day deals?

Yes, you can return Prime Day deals. Amazon’s return policy for items bought during Prime Day is the same as it is any day of the year. The majority of items, including Amazon devices, can be returned in 30 days. However, there are some items you can’t return, including grocery products and gift cards — so be sure to read the fine print.

7 tips for getting the best deals on Prime Day

Make no mistake: Amazon Prime Day is a big shopping holiday. And if you want to set yourself up for success, there are a few tips to keep in mind.

Between the big-ticket sales and limited-time Lightning Deals, Prime Day is chock-full of impulse buys. It’s smart to go into Prime Day with at least some idea of what you want to buy (and save on).

For making a shopping list, we like Amazon’s Wish List feature. You can add all the items you’re interested in, and keep track of what you actually want. As an added bonus, you can set up Alexa or the Amazon mobile app to alert you when a deal goes live for any of the items on your list.

One of the most common Prime Day questions is “how do I know if I’m getting a good deal?” The answer is only if you research the product’s price history.

For understanding the real value of any deal, we recommend using the free tool CamelCamelCamel, which allows you to track the price history of everything on Amazon. We’re also big fans of Keepa, which has a browser extension that actually offers a price history chart directly on each Amazon product page.

Amazon’s mobile app is a great way to keep track items and set up notifications. The app can send you a push notification 5 minutes before the deals start, which is especially useful if you’ve set up a wish list (see above).

4. Get deal notifications from Alexa

A new feature in 2022, Alexa can now alert you to deals and, even make the purchase for you. The smart voice assistant can now alert you when eligible products in your Wish List or shopping cart are on sale. Here’s how to set up Alexa to give you deal notifications.

Once enabled, you’ll see a yellow ring light or a pop-up notification on your Echo device. From there, you can ask Alexa for more details or order the item for you.

5. Get free Amazon credits and subscriptions

Be sure to check back here for more opportunities to earn free credits as they appear during the Prime Early Access Sale.

6. Compare prices with other retailers

For non-members, there are many competing sales from other retailers to consider. Major retailers like Walmart, Target, and Best Buy offer their own deals during Prime Day. Though these sales aren’t as splashy, they deliver similarly low prices on tech and home goods and don’t require a Prime subscription.