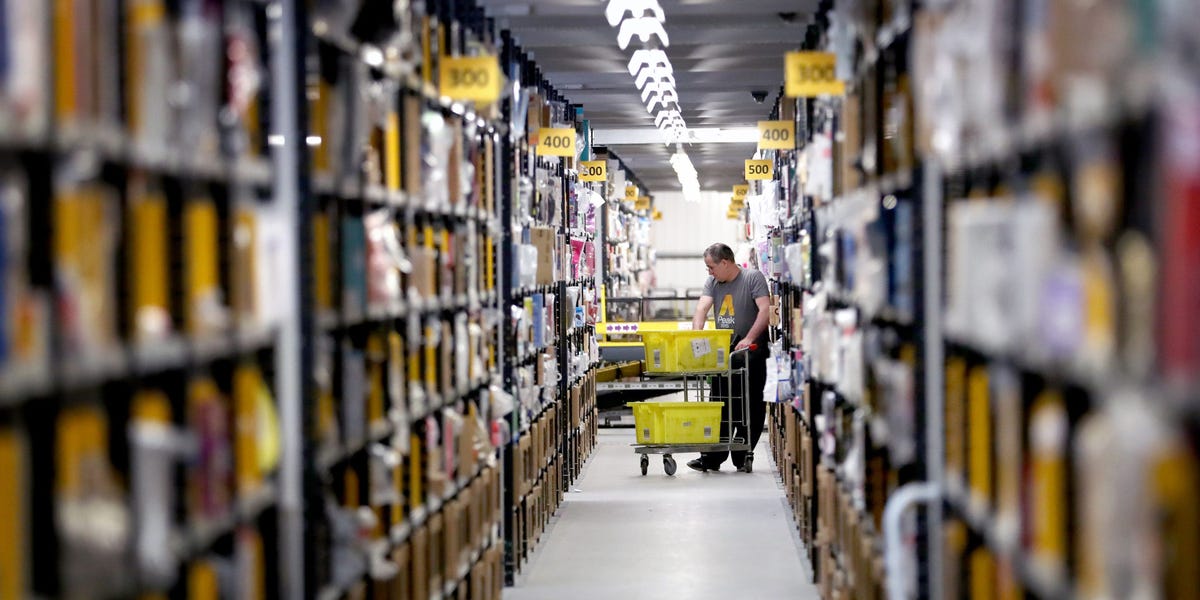 
Amazon has suspended more than fifty workers at a Staten Island warehouse after they refused to work due to safety concerns over a fire in the facility.

A cardboard compactor caught fire in a Staten Island facility leading to a small fire in the warehouse on Monday afternoon, representatives for Amazon confirmed to Insider.

Labor leaders told the Washington Post that the warehouse smelled of smoke, some workers couldn’t breathe, and one worker went to the hospital.

The Amazon spokesperson told Insider, however, that the warehouse had been certified as safe after the incident, but “a handful” of employees refused to work.

All night shift employees were asked to report to their regularly scheduled shifts but the group of workers that refused to work remained in the building without permission, according to the spokesperson.

They were later placed on paid investigatory suspension while the company looked into the incident, the spokesperson said.

Union organizers told the news agency that Amazon suspended 10 union leaders and 40 warehouse workers on Tuesday due to the work stoppage.

Union leaders did not immediately respond to Insider’s request for comment.

Seth Goldstein, a labor attorney for Amazon Labor Union, told The Washington Post that the suspensions were a violation of the employees’ rights.

He said: “The workers didn’t feel safe going back to work. They were engaging in rights that have been protected for 85 years under the National Labor Relations Act.”