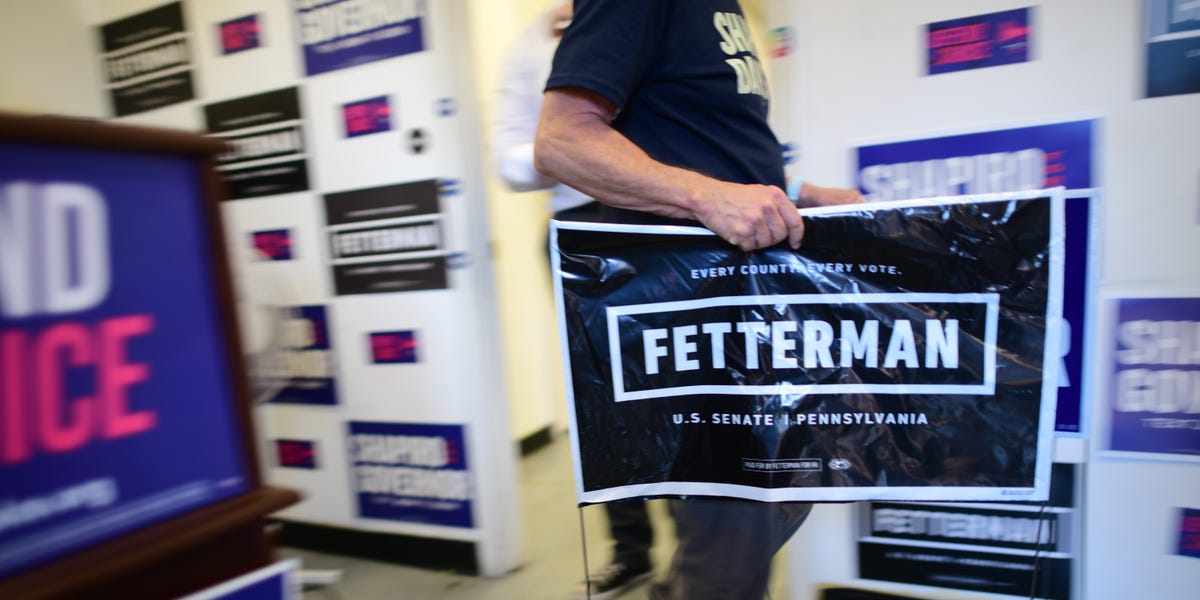 An AirTag led police to a dumpster filled with more than 100 stolen Democratic campaign signs in Philadelphia, according to the Tredyffrin Township Police Department.

In a press release, the police department said it received numerous reports of stolen political signs from community members between Oct. 10 to Oct. 13.

Police said a person whose signs were stolen told them that one of their signs had an AirTag attached to it which led officers to a commercial dumpster behind the Valley Fair Shopping Center where they discovered more than 100 signs. The department did not disclose the name of the resident who attached the AirTag to the campaign sign or why they did so.

AirTags are a tracking accessory that helps users find whatever the AirTag is attached to by integrating with Apple’s “Find My” app.

Law enforcement told BuzzFeed News that the political signs were in support of Democratic candidates or causes such as reproductive health issues and Black Lives Matter. The news outlet spoke with Sandy Gilson, a resident of Tredyffrin Township who noticed four political signs, including one for Democratic Senate candidate John Fetterman were missing.

Arlene Talley, Gilson’s friend and a member of the Chester County Democratic Committee, told BuzzFeed News she showed up at the dumpster after Gilson told her where they were located and found 118 signs.

“I just started taking them out and putting them in my car,” Talley told BuzzFeed.

Pennsylvania State Rep. Melissa Shusterman tweeted her signs had been removed and blamed “local Republicans” for stealing them.

Raffi Terzian, the chairman of the Republican Party of Chester Country issued a statement in response to Shusterman’s allegations, saying it was unfortunate that the representative “decided to try to score political points with this issue by using highly charged and divisive rhetoric and pointing blame at local Republicans.”

Terzian’s statement condemned the thefts and stated that the Republican party had also received reports of signs that had gone missing or were vandalized.

The police department said they have no suspects at this time.

The Apple AirTag has been used to track campaign signs before: In April, a candidate in Florida used an AirTag to track a stolen campaign sign located in a Jeep parked outside the home of his political rival.

The Tredyffrin Township Police Department and representatives for Shusterman did not respond to Insider’s request for comment.