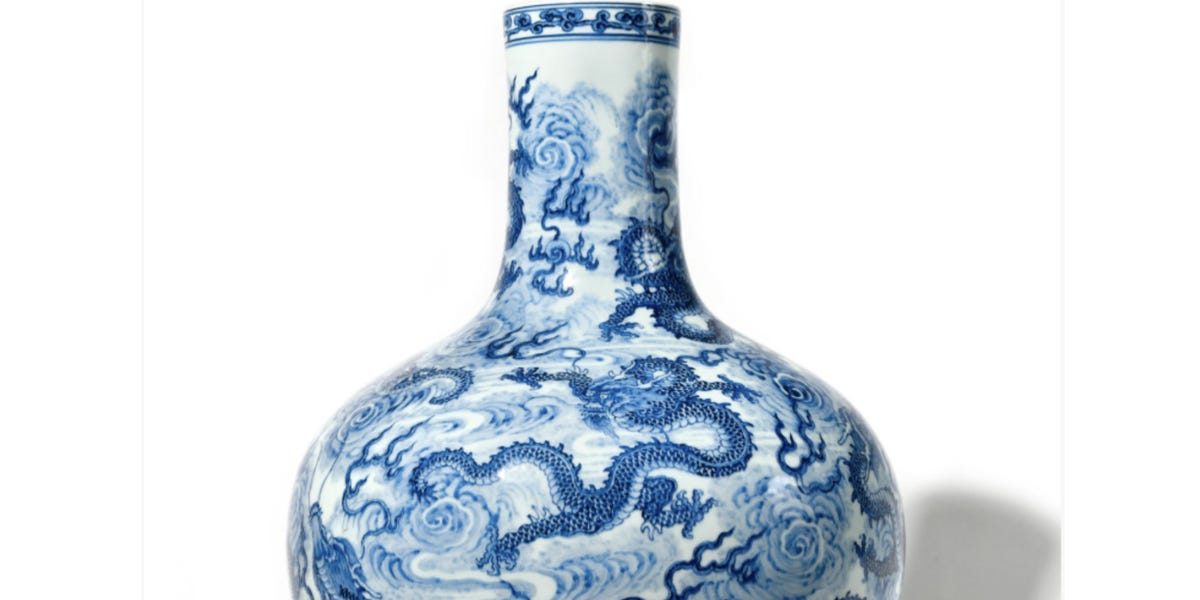 An art expert has been fired after he valued a Chinese vase at $1,950 that sold at auction for nearly $8 million

An art expert in France has been fired from a prestigious auction house after valuing a Chinese vase 4,000 times less than its sale price, according to The Guardian.

French news site Le Parisien said that people made the journey from China to France to view the blue and white ornate porcelain vase decorated with dragons and clouds – sought-after motifs from collectors from East Asia. The buyer bid by phone was from China, the auction house said.

The bidding for the vase at the Osenat auction house was fierce, and it has now lost someone their job.

“The expert made a mistake. One person alone against 300 interested Chinese buyers cannot be right,” Jean-Pierre Osenat, who owns the auction house, told The Guardian. “He was working for us. He no longer works for us. It was, after all, a serious mistake.”

The vase was sold at Osenat after a woman from Brittany was clearing her mother’s house and decided to part ways with the vase, which once belonged to her grandmother, according to The Guardian.

The listing describes the vase as a “Large TIANQIUPING porcelain and polychrome enamel vase in the style of the blue-white with globular body and long cylindrical neck, decorated with nine fierce dragons and clouds.”

The expert who analyzed the piece believed the vase was merely a 20th-century decoration and decided it couldn’t be worth more than $1,950.

But Osenat realized this might not be the case when their pre-auction showing was swamped with interested buyers, who he told The Guardian came to inspect the vase with “lamps and magnifying glasses.”

He said, “there were so many registrations we had to stop them. At that point, we understood something was happening,” per The Guardian.

The seller was greeted with a huge shock when the vase, which her family used to put flowers in, sold for the astronomical price.

“It’s as if she had won the EuroMillions,” Osenat told Le Parisien.

It’s not clear what drove the buyer to pay so much for the vase.

Cédric Laborde, the director of the auction house’s Asian Arts department, told the Guardian, “We don’t know whether it [the vase] is old or not or why it sold for such a price. Perhaps we will never know.”