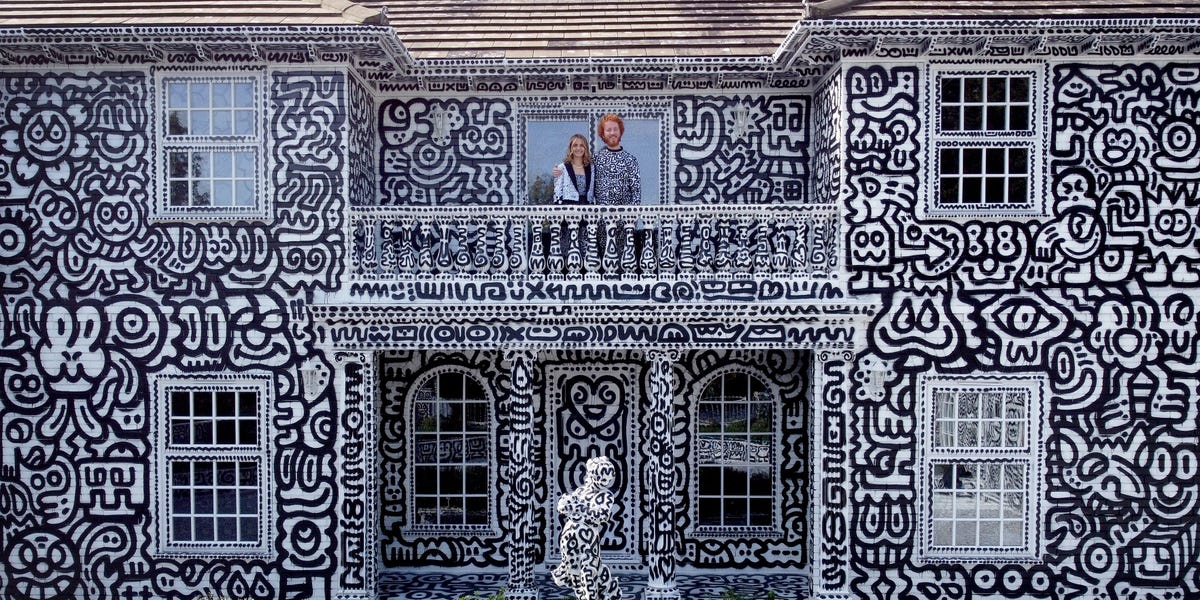 An artist covered every inch of his $1.5 million house in black-and-white doodles, including the bedding, bathtub, and microwave — take a look


From his bedding to the kitchen appliances, every inch of the house is covered in doodles. According to the Times of London, Cox bought the property for £1.35 million ($1.5 million).

Speaking to the BBC, Cox said waking up in a room full of doodles is “sort of paradise for me.”

While he showed a BBC journalist around his home, he admitted not being sure whether the kitchen hobs would function after doodling on them — his wife is not “totally aware of that yet” though.

He achieved his childhood dream two years after starting his project.

Cox added that when he doodles it feels almost “like an out-of-body experience. You’re indulging yourself in this free-flowing state of creation.”