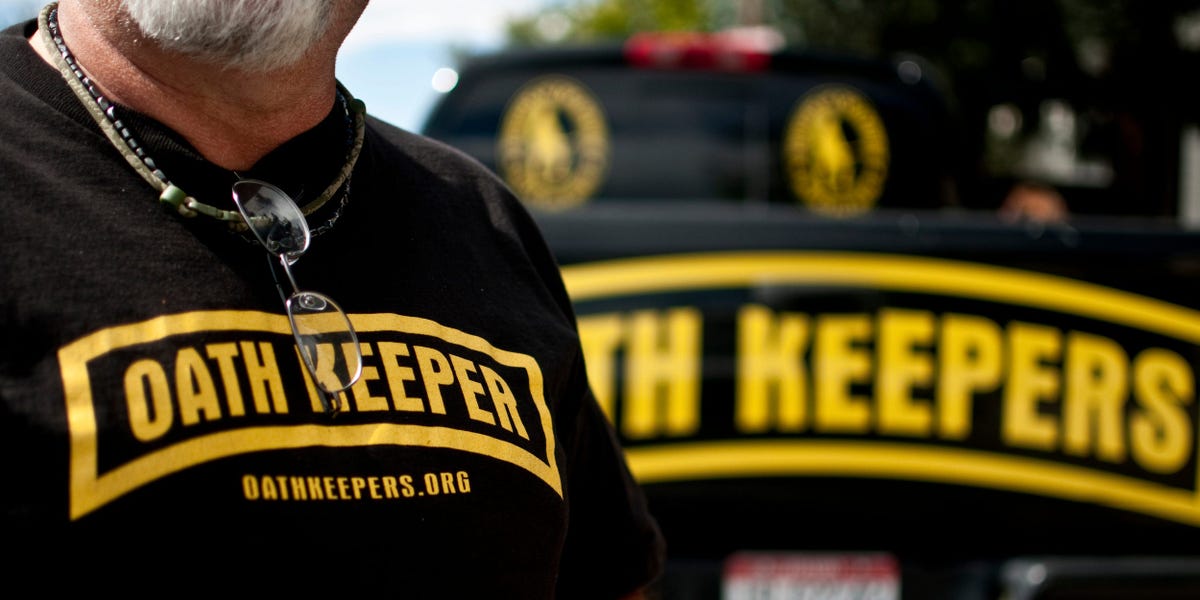 On Wednesday, a member of the Oath Keepers told a jury that members of the militia group had assembled a cache of weapons in a Virginia hotel room the night before the Capitol riot.

In his testimony, Cummings admitted to bringing an AR-15 assault rifle and a box of ammunition with him to Virginia as a “show of force,” per CBS. Cummings told the jury he kept the gun in a collective Oath Keepers’ weapons stash at a Virginia hotel room instead of bringing it into DC.

“I had not seen that many weapons in one location since I was in the military,” Cummings said during his testimony, per CBS.

Cummings’ testimony bolsters prosecutors’ allegation that the Oath Keepers used a room at a Comfort Inn in Arlington, Virginia, as a weapons storage.

Prosecutors say the gun stash was part of the Oath Keepers’ plan to arm a “quick reaction force,” per NBC News. This force would have fought to prevent the peaceful transfer of power from former President Donald Trump to his successor, President Joe Biden, prosecutors say.

Rhodes also made a speech before the Capitol riot, saying that if Trump did not seize power after the election, a “much more desperate, much more bloody war” would be waged to overturn his defeat, per Reuters.

Rhodes and the other four Oath Keepers on trial have pleaded not guilty to the charge of seditious conspiracy, the most serious charge leveled at suspected Capitol rioters thus far. The charge carries a maximum jail term of 20 years.

Several other Oath Keepers — including Brian Ulrich, Joshua James, and William Todd Wilson — have pleaded guilty to seditious conspiracy. Cummings has not been criminally charged in the Oath Keepers’ case.

The Oath Keepers initially branded its members as defenders of the Constitution. However, the Justice Department in July released a series of bombshell accusations against the group, alleging that some Oath Keepers brought explosives to the DC area on January 6, 2021, and had a “death list” of people they were targeting. They are now known as a far-right extremist group.