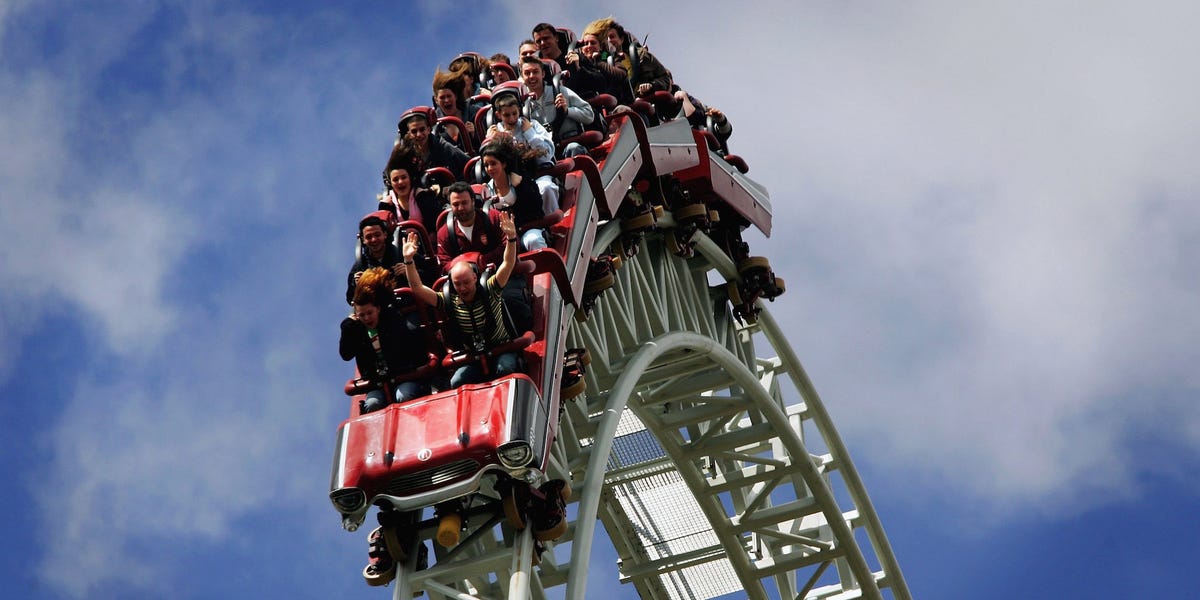 Apple’s new crash detection feature is supposed to kick in during life-threatening situations, but apparently it’s also triggered by something much less serious: roller coasters.

The feature, which works on the new iPhone 14 and Apple Watches, is supposed to detect severe car crashes, and help users reach emergency services.

But it’s been mistaking roller coaster rides for crashes, according to The Wall Street Journal and theme park news website Coaster101.

Sara White, a 39-year-old dentist, told the Journal her iPhone 14 Pro automatically called 911 when she went on Mystic Timbers, a 109-foot-tall roller coaster at Kings Island amusement park in Ohio. The ride reaches speeds of up to 53 miles per hour.

“The owner of this iPhone was in a severe car crash and is not responding to their phone,” an automated voice says in the call to 911, before also providing longitude and latitude coordinates. Screams from others on the ride can be heard in the background of the call.

Emergency services responded to the park, but didn’t see any such incident, per a 911 report cited by the Journal.

The Warren County Communications Center, which received the call, gave the Journal six such recordings of unnecessary crash detection calls it received, spurred by rides at Kings Island.

An Apple spokesperson told the Journal the feature is “extremely accurate in detecting severe crashes” and will continue to improve with time.

This isn’t just happening at Kings Island. The website Coaster101.com reported that the amusement park Dollywood has posted warning signs at two of its most high-octane rides.

“Cell phones and other devices should not be brought aboard any attraction,” the signs read. “Due to the dynamic movement you will experience on this ride, Apple Watches and similar devices may activate their emergency call function. To prevent your device from making unintended 911 calls, please turn it off or enable airplane mode.”