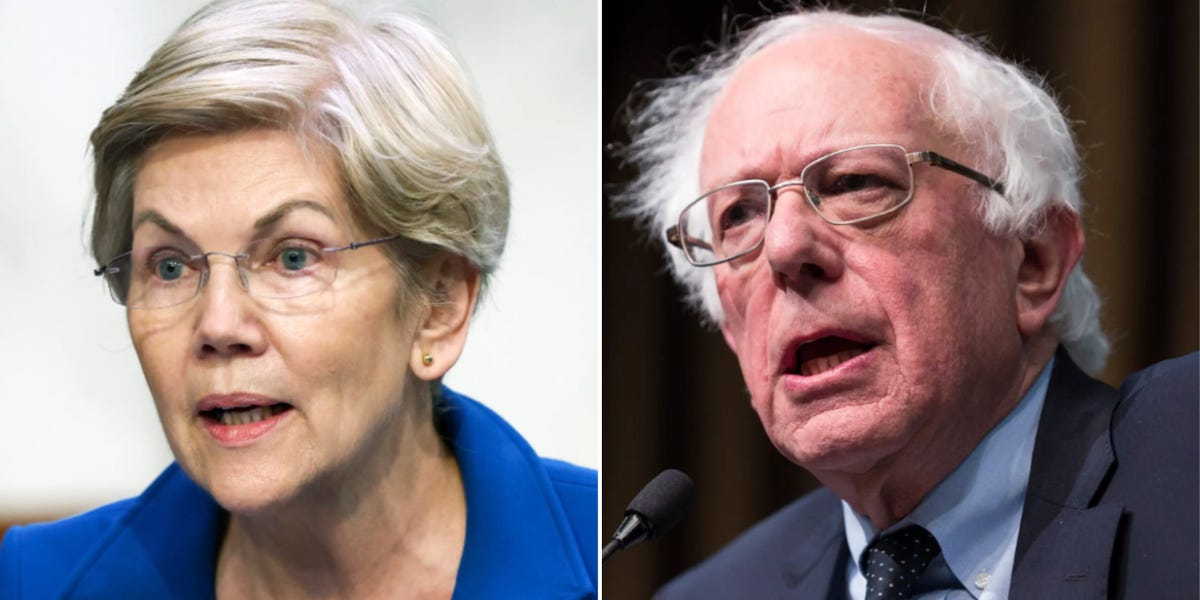 Bernie Sanders and Elizabeth Warren blast the $25 billion merger between grocers Kroger and Albertsons, one calling it an ‘absolute disaster’ for consumers

A merger between Kroger-Albertsons would result in higher food prices of US consumers, according to Senators Elizabeth Warren and Bernie Sanders.

The grocery store chains announced Friday that they’ve entered into a merger agreement that values the combined company at about $24.6 billion. The merger would create one of the largest grocery store chains in the US — combined, Kroger and Albertsons operate 4,996 stores nationwide, though the merger would see as many as 375 of those stores spun off and others sold to competitors.

News of the merger caused two of the nation’s most vocal anti-monopoly lawmakers to sound the alarm about the potential impact on shoppers.

In an interview with MSNBC on Thursday, Warren alleged that the US had failed to exercise antitrust laws for decades, allowing for more concentration of power and soaring profits for corporations.

“If we move in on antitrust law, break up these giant corporations, then we get real competition and then we get markets that are truly competitive,” the Massachusetts Democrat said. “That’s good for small businesses, it’s good for consumers, and it actually, in many cases, reduces the need for regulatory oversight. You can count on the markets doing what they need to do.”

Anti-monopoly advocates have long stated that massive mergers result in higher food prices. One such group, the American Economic Liberties Project, tweeted Thursday that the merger would be “disastrous for market competition, small businesses, and especially — consumers’ pockets.”

As Open Markets Institute’s Claire Kelloway wrote for Time, consolidation gives businesses increased power to set prices and heightens the possibility they can unfairly raise those prices. And without local competition offering lower prices, consumers are stuck with nowhere else to stop.

Kroger and Albertsons have “significant overlap” in multiple markets, including California, Texas, the Northwest, and the Chicago region, as Bloomberg Intelligence Senior Research Analyst Jennifer Bartashus pointed out in a report published Thursday.

The combined company would likely compete with regional grocers like Publix and Wegmans, and “the combined scale of a Kroger-Albertsons entity could make it even harder for such regional chains to remain competitive, further fueling any antitrust concerns,” she wrote.