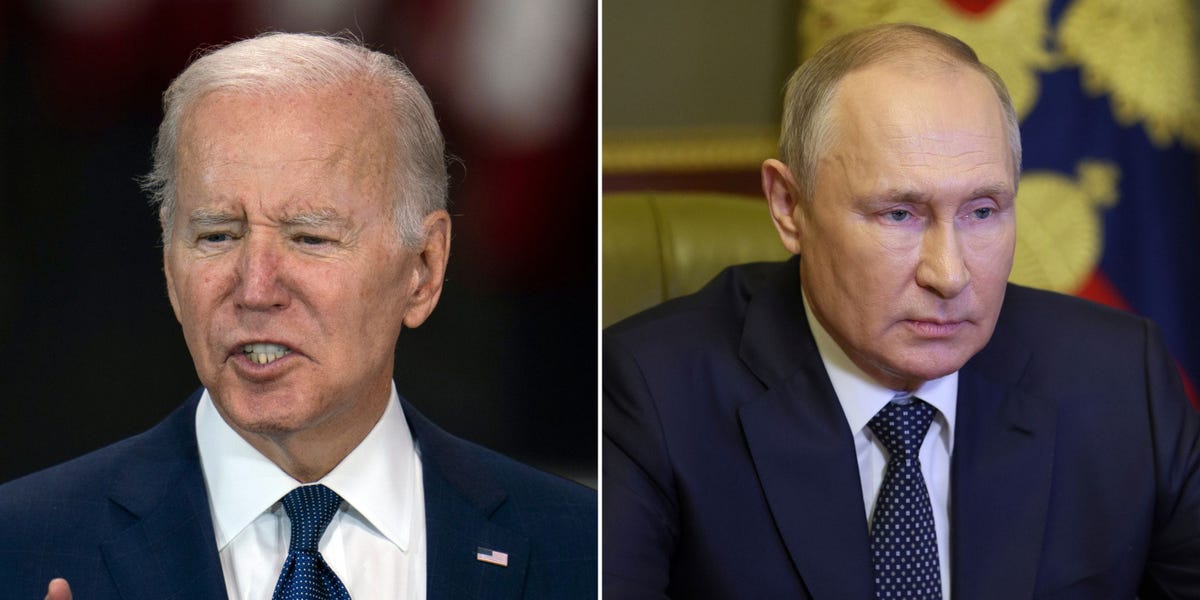 President Joe Biden believes Vladimir Putin made a grave mistake by invading Ukraine, but he warned not to underestimate the Russian leader.

“I think he is a rational actor who has miscalculated significantly,” Biden said in an interview with CNN’s Jake Tapper on Tuesday.

His comment came a day after Russia unleashed a barrage of missiles across 14 regions in Ukraine — one of the largest assaults against the country since the invasion began in February. The strike was believed to have killed at least 19 people, according to the State Emergency Service of Ukraine.

Biden and leaders of the Group of 7 nations virtually convened on Tuesday with President Volodymyr Zelensky to discuss how countries could strengthen Ukraine’s air defenses.

“We will continue to provide financial, humanitarian, military, diplomatic, and legal support and will stand firmly with Ukraine for as long as it takes,” the G7 leaders said in a joint statement.

Biden’s characterization of Putin as a rationally thinking leader also comes after the Russian president’s veiled threat of nuclear war.

Putin said after he announced a partial military mobilization on September 21 that “those who try to blackmail us with nuclear weapons should know that the prevailing winds can turn in their direction.”

Experts and world leaders have discussed at length what to make of Putin’s warning.

Putin is “not joking when he talks about potential use of tactical nuclear weapons or biological or chemical weapons because his military is… underperforming,” Biden said last week, calling it the highest level of threat since the Cuban missile crisis.

Analysts have told Insider that Putin’s threat should raise concerns, but the overall chance of breaking out into nuclear warfare still remains low.

Hans Kristensen, a director of the Nuclear Information Project at the Federation of American Scientists, told Insider last month that the threats reflect a change in Putin’s rhetoric around nuclear warfare, but that it’s still yet to be determined if it means a change in “actual planning.”

People should still be “extraordinarily concerned,” he said, and that “very deliberate efforts” should be taken to convince Russia of the consequences of taking the conflict to the next level.

In discussing Putin’s goals in Ukraine, Biden questioned the Russian leader’s decision and said that Putin misjudged Ukraine if he thought the country would immediately fold.