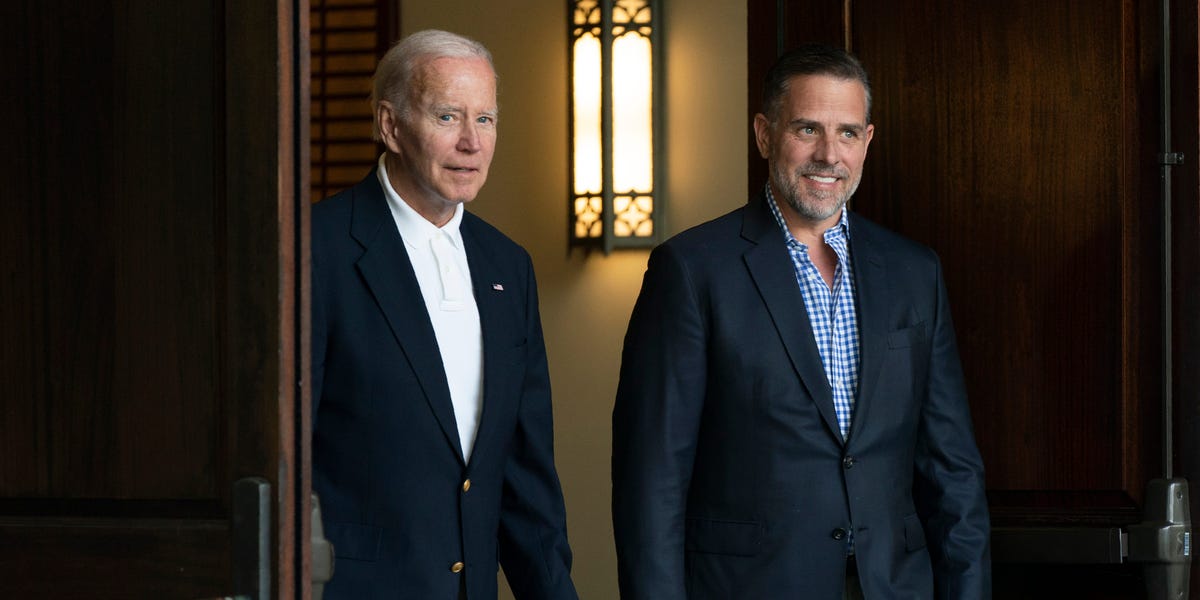 Biden says he’s ‘confident’ in his son, Hunter, after reports that a federal judge could charge him on tax and drug crimes

President Joe Biden said he’s confident his son, Hunter Biden “is what he says” in response to news that federal agents believe his son could face federal charges.

Biden sat down Tuesday night with CNN’s Jake Tapper to talk about reports that federal agents, who spoke anonymously to the Washington Post, believed there was enough evidence to prosecute his son on tax crimes and making a false statement.

“I am confident that what he says and does are consistent with what happens,” Biden told Tapper, who asked for his reactions to the allegations.

Biden added he was “proud of his son,” who he said overcame his struggles with drug addiction.

Investigators began looking into Biden’s taxes in 2018 but paused their investigation to prevent influencing the 2020 presidential election.

The Washington Post reported the US Attorney in Delaware, a nominee of President Donald Trump, will decide whether or not to bring charges against Biden for his taxes, as well as lying about being off drugs when filling out a federal gun form.

Biden also told Tapper he “didn’t know anything” about his son’s gun purchase and was confident that his son told the truth when filling out his application.

“I love him. And he’s on the straight and narrow and he has been for a couple of years now,” Biden said.