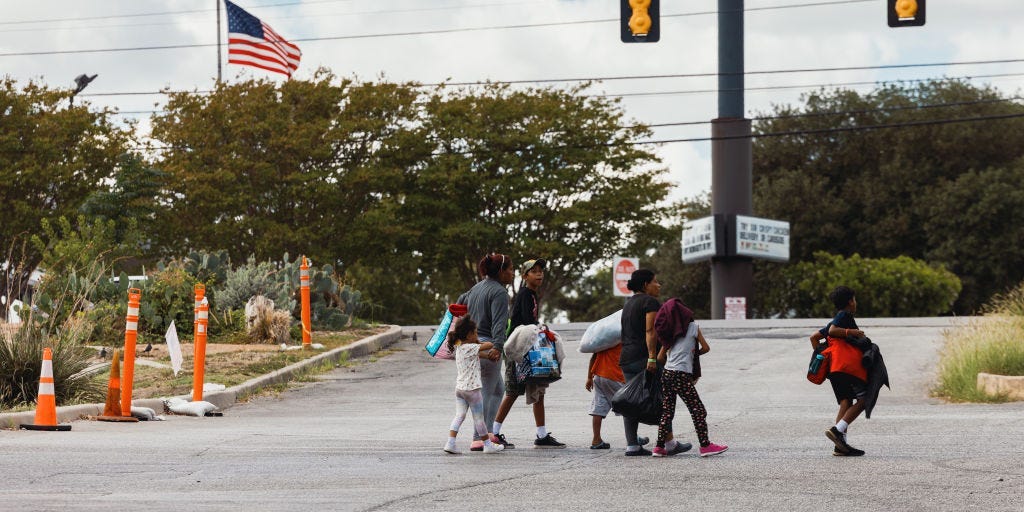 Biden uses controversial Trump policy to deal with influx of Venezuelan migrants at the border even as his Justice Department fights against the policy in court: report

President Joe Biden is relying on a controversial policy enforced by former President Donald Trump to deport Venezuelan migrants even as his own Justice Department fights that policy in court, The Associated Press reported.

Title 42 is a policy implemented in 2020 under Trump during the height of the COVID-19 pandemic and allowed the US to turn away migrants at the US southern border as a way to curb the spread of the virus.

This past May a federal judge blocked Biden’s administration from ending the policy, CNN reported.

The AP reported that despite Biden’s public rebuke of the policy, he has relied on it as Republican governors bus migrants seeking asylum to Democrat-led cities.

In a statement, the Department of Homeland Security said the Biden administration plans to deal with an influx of Venezuelan migrants at the border by allowing 24,000 of them who have sponsorships into the US and sending the rest back across the border to Mexico.

Under the current policy, Venezuelan migrants who walk or swim across the border will be expelled and those who illegally enter Mexico or Panama won’t be able to enter the US, DHS said.

Those allowed to enter would have to apply for entry while outside of the US and prove they have a US-based sponsor, DHS said. That allowed entry would have temporary humanitarian parole and can work in the US. The program is similar to one for Ukrainians fleeing Russia’s invasion.

“These actions make clear that there is a lawful and orderly way for Venezuelans to enter the United States, and lawful entry is the only way,” Secretary of Homeland Security Alejandro Mayorkas said in a statement.

“Those who attempt to cross the southern border of the United States illegally will be returned to Mexico and will be ineligible for this process in the future. Those who follow the lawful process will have the opportunity to travel safely to the United States and become eligible to work here.”

Immigration activists condemned the Biden administration’s plan, per The AP.

“Rather than restore the right to asylum decimated by the Trump administration … the Biden administration has dangerously embraced the failures of the past and expanded upon them by explicitly enabling expulsions of Venezuelan migrants,” Jennifer Nagda, policy director of the Young Center for Immigrant Children’s Rights, told The AP.