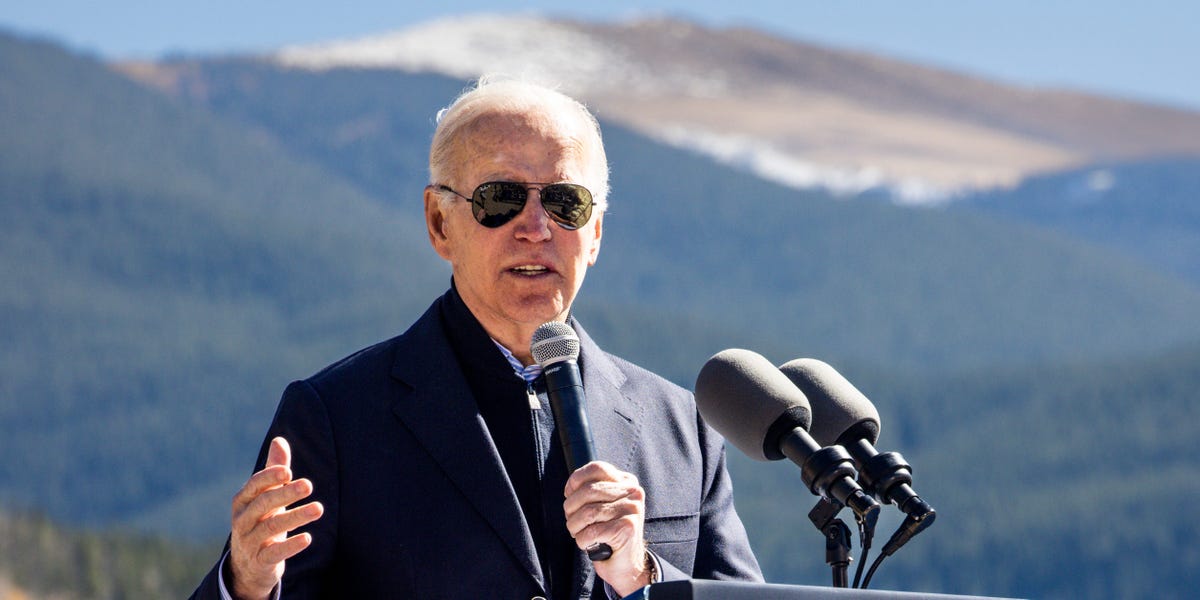 Biden’s comment that his son Beau ‘lost his life in Iraq’ caught attention. Here’s why he would say that.

President Joe Biden had his late son Beau on his mind on Wednesday while designating Camp Hale in Colorado as his first national monument as president.

While speaking at the former training site for the US Army’s famed 1oth Mountain Division, Biden recalled their sacrifices during World War II and his son’s service in Iraq as judge advocate general in the Delaware Army National Guard.

“Just imagine — and I mean this sincerely,” Biden said, while speaking of the Army’s battle in Italy. “I say this as a father of a man who won the Bronze Star, the Conspicuous Service Medal, and lost his life in Iraq.  Imagine the courage, the daring, and the genuine sacrifice — genuine sacrifice they all made.”

Some publications have seized on his statement that his son “lost his life in Iraq,” given that Beau Biden — Delaware’s Attorney General — died of a brain tumor at Walter Reed National Medical Center in Maryland in 2015. He was 46. Newsweek noted the hundreds of thousands of times a video clip of those remarks, posted by the Washington Examiner, had been played.

But there is a reason Biden would make that statement, even if inartfully. The White House, when asked to comment, pointed to stories dating back to 2018 in which Biden has tied the toxic burn pits his son was exposed to during his military service to his brain cancer.

Beau Biden worked as a civilian training judges and prosecutors in Kosovo after the war and spent a year in Iraq with his Guard unit, both times located near burn pits, which have been used to dispose of waste on bases overseas.

After making it a priority during his State of the Union address, Biden signed the PACT Act in August to expand federal health care services for veterans exposed to burn pits and other toxic substances and to require further study on the mortality and cancer trends of veterans.

Biden acknowledged being unaware of “direct scientific evidence” of a link between his son’s death and burn pits during a 2018 interview with PBS, but he also noted “a lot higher incidence of cancer” in veterans of Iraq and Afghanistan. He said then that he became aware of the possible link while reading, “The Burn Pits: The Poisoning of America’s Soldiers,” by Joseph Hickman.

“There’s a whole chapter on my son Beau in there, and that stunned me. I didn’t know that,” Biden said then.

While signing the legislation, Biden made a more direct association between his son’s death and burn pits while speaking to a young girl who lost her father. Biden said his grandson, who was seated next to the girl, lost his father “to the same burn pits.”

“He knows what you’re going through,” he said.