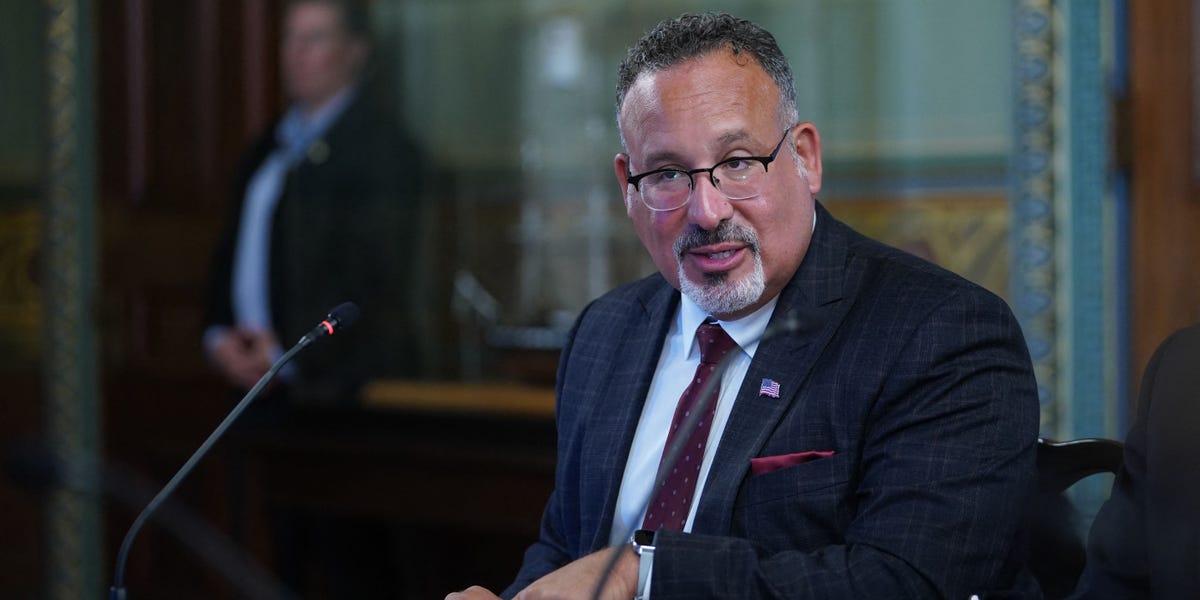 
It’s no secret that the student-loan industry has faced ample criticism — but President Joe Biden’s Education Secretary said upcoming relief will change that.

After Biden announced up to $20,000 in student-loan forgiveness for federal borrowers making under $125,000 a year at the end of August, questions and concerns surrounding how the relief would be implemented arose. The Education Department said borrowers will have a chance to apply for relief through an online form set to become live this month. It’s the largest scope for an application the department has ever rolled out, and lawmakers wanted to ensure the process would be seamless — especially after past issues with targeted student-loan forgiveness programs that blocked borrowers from getting relief.

Education Secretary Miguel Cardona assured borrowers that the upcoming relief will not be difficult to attain, referring both to the broad relief and a new income-driven repayment plan, more details of which are expected to be released in the coming weeks.

Income-driven repayment plans are supposed to give borrowers affordable monthly payments, with the promise of loan forgiveness after at least 20 years. But reports over the past year found that student-loan companies were failing to track payments borrowers made toward the plans, pushing them way off track toward relief.

That’s why, along with the announcement of broad debt cancellation, the Education Department announced a proposal to create a new plan that would lower borrowers’ monthly payments by requiring borrowers to pay no more than 5% their discretionary income monthly on their undergraduate student loans and prevent interest capitalization, which involves payments that aren’t large enough to pay down principal leading to loan balances ballooning.

With regards to broad debt relief, the Education Department has said the process will be “smooth and simple” and won’t require the uploading of any documents to verify income. But the plan has run into hurdles from at least four conservative groups who have taken the debt relief to court — while judges have struck down two of the cases so far, a hearing for next week for one of the two outstanding suits will rule on whether to halt the relief.

Still, Cardona said the authority to cancel student debt under the HEROES Act of 2003, which gives him the ability to modify student-loan balances in connection with a national emergency like COVID-19, remains firm, and the Republicans criticizing the policy should take a second look at the relief they got during the pandemic.

“It’s almost hypocritical for folks to be complaining about this, yet applauding what we did to keep businesses open during a pandemic, through our PPP (Paycheck Protection) program,” Cardona said. “It’s even more hypocritical than some of those same people that are complaining voted to support a $2 trillion tax rebate for people,” Cardona added, referring to former President Donald Trump’s tax cuts.