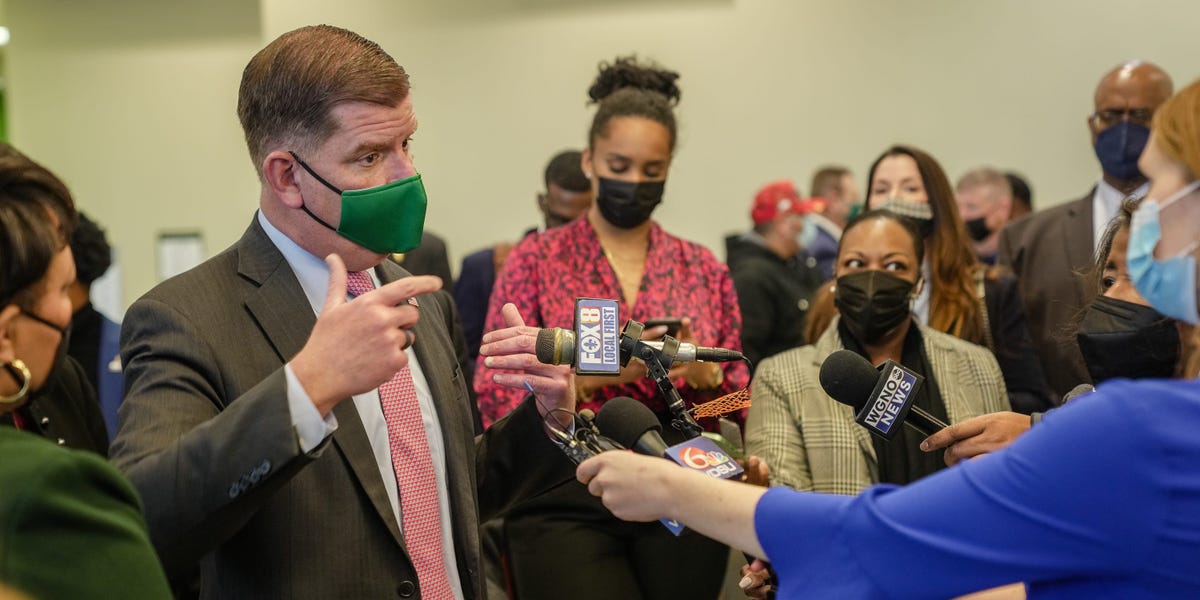 Biden’s labor secretary says the Great Resignation won’t last: It’ll work itself out as people and companies figure out what they want from work

It’s no secret that everyone is quitting their jobs. Near-record high numbers of Americans have thrown in the towel every month for over a year, with 4.2 million people quitting in August — the most recent month that the Bureau of Labor Statistics released data on.

Even so, there are some signs that the wave of quits is slowing down. And Secretary of Labor Marty Walsh doesn’t think that the Great Resignation is here to say.

“It’ll work itself out,” Walsh said. The Great Resignation, he said, was spurred by the pandemic, especially with a lot of people retiring sooner than they expected.

“They were concerned about their health and they realized that when the pandemic came, they were working 60, 70 hours a week and they didn’t want to do that,” Walsh said.

Goldman Sachs found last year that 2.5 million people retired, and 1.5 million of them were early retirements. That’s a trend that’s been reversing a little, with workers “unretiring” — à la Tom Brady. But Walsh said that the workers coming back aren’t returning with the same expectations they had before, as the whole country undergoes a years-long rethinking of work and what it means to them.

Walsh pointed to a conversation he had with company leaders months ago who “were saying a lot of the mid-level managers who do really well and earn high in six figures, they wanted different work life balance,” Walsh said. “A lot of those folks who left the job market will come back into the job market and a lot of lower income workers, are quitting, but they’re also looking for better opportunity.”

That’s one reason why the number of workers quitting is still so persistently high, according to Walsh, with 2.7% of the workforce leaving in August. People are “still looking for better opportunities, and I think there are job openings out there and people are seeing that and they have an opportunity to jump to a new job,” Walsh said.

But the most recent data on jobs shows that while hiring is still robust — in September, the country added 263,000 jobs, more than economists surveyed by Bloomberg estimated — the labor market recovery has normalized a bit, with no huge fluctuations in jobs added and the sky-high number of job openings cooling a bit. Even so, Walsh said that power is still in the hands of employees.

“A lot of companies are realizing now how to try and keep their employees. If you’re an employer and you have a good employee, you don’t want them to leave. So I think a lot of companies are being creative now,” he said, whether that’s through creating new hybrid schedules or other measures of flexibility. After all, workers are still making their power known. And there are limits to how much purely quitting will change work — as Walsh acknowledges, many changes to the workplace will be collectively bargained in unionized workplaces.