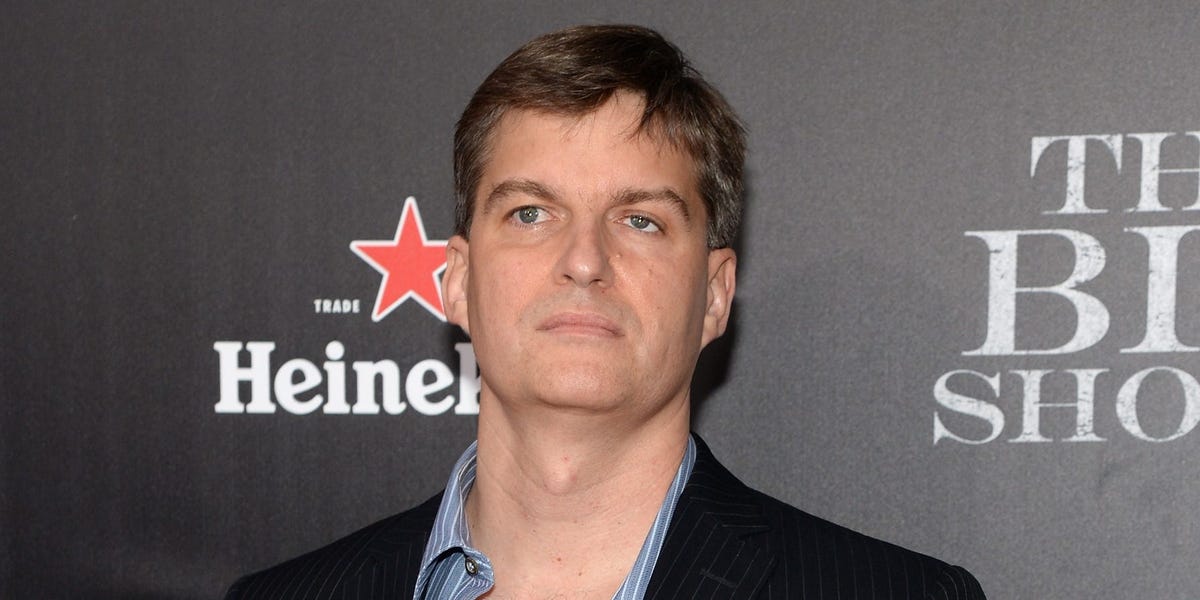 Cathie Wood’s flagship exchange-traded fund was always going to crash back to Earth, Michael Burry said in a now-deleted tweet.

The tech-investing star’s Ark Innovation ETF (ARKK) quadrupled in value between March 2020 and February 2021, but has now given up all of those gains.

“This was coming because it has always been this way before,” Burry tweeted Monday, attaching a screenshot of ARKK’s stock chart over the past three years or so.

“How anyone over the age of 40 did not see it coming is a riddle. The answer is Greed.”

ARKK stock surged from under $38 to a peak of about $160 during the first year of the pandemic. Its rise was fueled by the soaring value of the fund’s stakes in companies such as Tesla, Zoom, Shopify, and Coinbase.

However, its shares have tanked 63% this year, reflecting a broad selloff of tech stocks in the face of rising interest rates and a darkening economic outlook.

Back in February 2021, Burry predicted Wood’s success would fizzle and her fund would collapse in value.

“It is too early, she is too hot, and, today, short sellers are timid, but Wall Street will be ruthless in the end,” the investor of “The Big Short” fame tweeted at the time.

Ark was “defining an era,” Burry continued, likely referring to the immense hype around speculative assets during the pandemic.

“If you know your history, there is a pattern here that can help you. If you don’t, you’re doomed to repeat it,” he said.

The Scion Asset Management boss also bet against Wood. Burry’s fund held bearish put options against ARKK stock and against the fund’s largest holding, Tesla, in the second quarter of 2021.

Burry is best known for predicting and profiting from the collapse of the mid-2000s US housing bubble. He also invested in GameStop well before the meme-stock boom, and clashed with Elon Musk after criticizing the Tesla CEO.

Moreover, Burry has garnered attention for his dire warnings. For example, he rang the alarm on the “greatest speculative bubble of all time in all things” last summer, and told investors buying into the hype that they were signing up for the “mother of all crashes.”

Read more: A Michael Burry expert breaks down what makes the ‘Big Short’ investor special. He also revisits Burry’s iconic bet against the housing bubble, and his GameStop, Tesla, and Ark wagers.