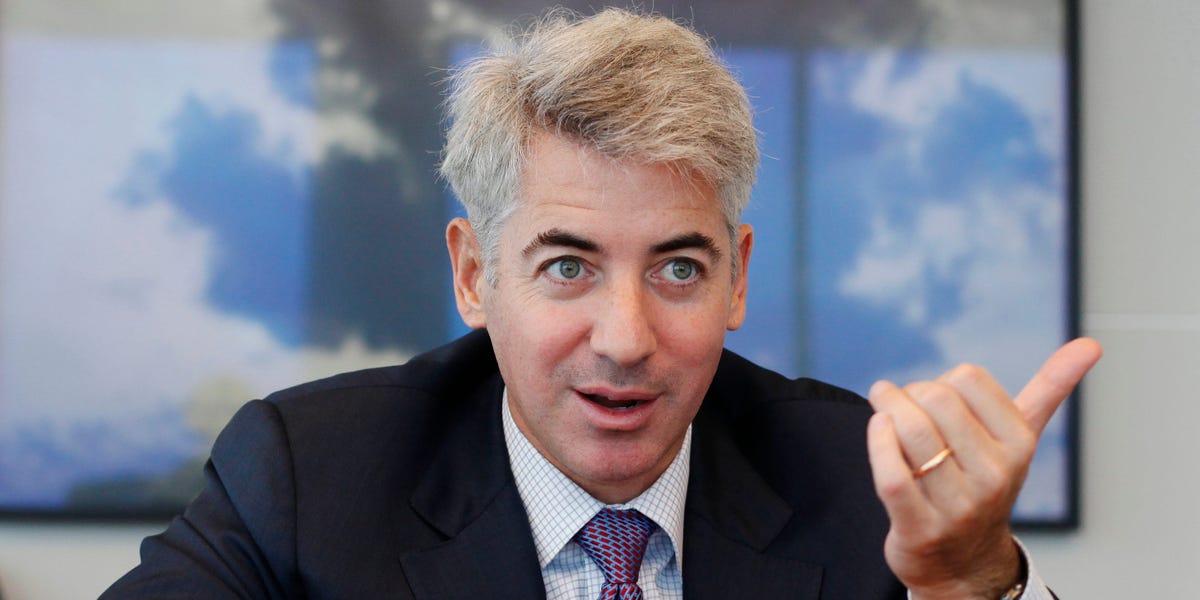 Bill Ackman touted a $2.7 billion profit from hedging rate hikes, explained his costly Netflix exit, and said interest rates could peak below 5%. Here are his 8 best quotes from a recent interview.

Bill Ackman’s Pershing Square has made about $2.7 billion hedging against interest-rate hikes this year, the billionaire hedge fund manager disclosed in a recent interview with Interactive Investor.

Ackman also reflected on his costly Netflix wager, suggested US inflation may have already peaked, and flagged the risk of a recession next year. Moreover, he suggested interest rates might top out below 5%, and touted the bargains on offer for long-term investors.

1. “We’ve had some very significant profits from hedges, a decent percentage of which we’ve realised. We’ve probably made $2.7 billion of profits on interest rate-related hedges that totalled under $400 million.” (Ackman also noted that his fund pocketed $2.6 billion from credit-default swaps in 2020).

2. “We’ve entered into several new hedge-type bets, different from ones we’ve done in the past. Partly it’s such a volatile world. We’re monitoring everything that can affect business values, from commodities to interest rates to currencies. If we have a different view from others, generally, we can make those investments on very, very attractive terms.”

3. “You can do very well as a stock-market investor if you find really high-quality companies, and you buy them at attractive prices. I think today is a pretty good time. March of 2020 was obviously a very, very good entry point. I think this is another moment where it’s a pretty good time to commit more capital to equity markets.” (Ackman recommended picking stocks carefully, and owning very high quality, well-capitalized, dominant businesses that are certain to still be around in 30 years’ time.)

4. “It didn’t take much courage for us to sell. We sold because it was the economically rational thing to do.” (Ackman was discussing Pershing’s decision to sell its Netflix stake at a $400 million loss only three months after building it. He was concerned about the size of Netflix’s potential market after learning how many people use the streaming service without paying, and was no longer confident estimating the company’s future cash flows after it decided to launch an ad-supported product, he said.)

5. “At least in the US, gas prices have come down quite meaningfully, and you’re seeing some moderation in wage inflation and clearly in goods inflation. Transportation costs are coming down, supply chain issues are being resolved. We think that leads to a tempering of inflation.”

6. “I’m not sure we’re getting back to 2%. We woke up in a different world in 2022 than the world that came before, where it was hard to get to keep inflation at 2%. The war in Ukraine, the China-Taiwan potential conflict, and supply-chain problems that people are having — all of these things point businesses to, ‘You know what, I want to have more control. I don’t want politics to interfere with my supply chain.'”

7. “I’m not convinced the Federal Reserve is going to raise rates to 4.25% by the end of the year. They may go more slowly than that. The so-called terminal rate likely will be something with a four in front of it, and we’ll probably get there by sometime in Q1. And I think you’ll start to see a moderation in inflation over the next several months.”

8. “People got used to a 3% mortgage rate and now it’s 6% plus, and that’s causing the housing market to slow down fairly rapidly. Housing is a very important part of our economy, so if rate rises have that effect more broadly, then it’s likely that you’re going to have a recession. Sometime in 2023, it’s absolutely within the realm of possibility that we’re going to have a recession.” (He noted that if the Fed raises rates quickly, it may be able to rein in price increases and avoid a severe downturn.)