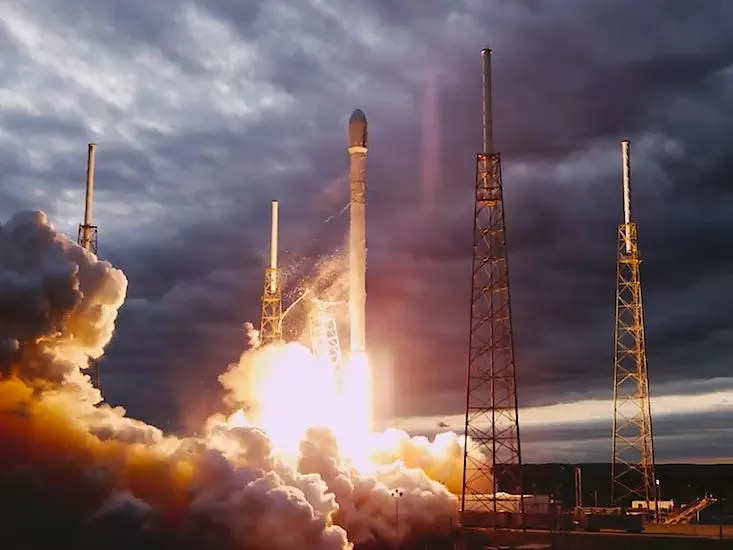 Billboards from space might eventually be cheaper than Super Bowl ads — with a much bigger audience. Here’s how companies could start advertising from the cosmos.


Around this time last year, Elon Musk was plotting something otherworldly for the advertising industry.

He was planning to use SpaceX’s rocket ship to launch a satellite into outer space that would display advertisements on a pixelated screen, Insider first reported. Those ads would be filmed through a selfie stick, and then live-streamed for earthlings via YouTube.

The interstellar activity felt dizzying back then — like the kind of splashy back-and-forth only a mega billionaire like Musk could envision.

Now, a new study from Russian researchers has found that showing ads in space that would be visible on Earth might not be that far-fetched. For many companies, it might be more financially viable than advertising at the Super Bowl, according to calculations by TechCrunch.

The research paper proposed a plan that would send 50 satellites into the low Earth orbit, which is between 100 to 600 miles above the Earth’s surface.

These satellites would rotate along a path where they would constantly be bathed in sunlight for a period of at least three months.

During that time, the satellites would reflect sunlight back to Earth.

To an observer on the ground each individual satellite would appear like “a bright star.” Collectively, the satellites could be arranged to form pixelated images.

In a three-month window, the satellites could move through 24 different arrangements, or billboards, at a total cost of $65 million. They would net an income just shy of $5 million per billboard.

The researchers calculated the income generated from each arrangement based on several factors including “regional demonstration price.” That’s essentially the monetary value that images earn according to the region they’re projected in.

According to the paper, regions across south- and east-Asia are likely to yield the greatest return on investment.

These regions are usually home to megalopolises with large numbers of people crowded into one area like Delhi and Jakarta.

Of course, these billboards have their share of objectors, too.

Astronomers, in particular, have railed against space advertising because of the light pollution it causes which obstructs their ability to observe planets. The paper offers up a solution: limiting advertising to narrow windows during sunrise or sunset.

Imagine that on your next morning stroll:— the day breaks, birds chirp, and a constellation of lights flashes “Doritos” in the background.