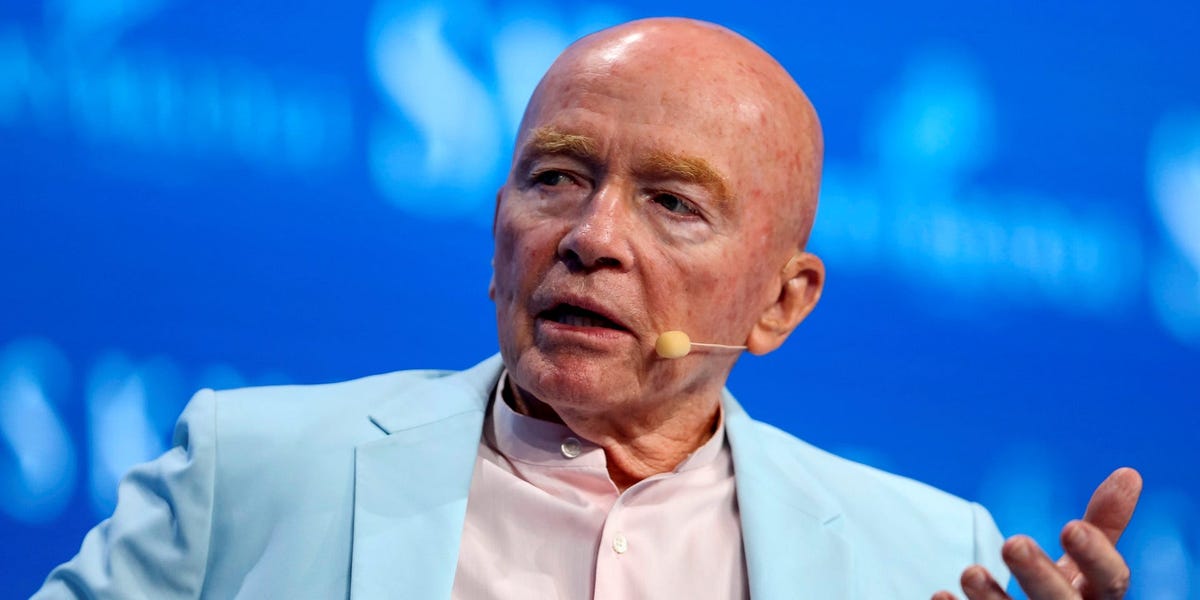 The founding partner of Mobius Capital Partners previously warned asset prices could see a downside from Fed tightening. But in an interview with Business Today India on Friday, he offered some hope for stocks, saying the key is finding companies that have enough pricing power to weather high inflation.

“High interest rates don’t necessarily mean a downturn in the stock market. It could be temporary. Of course, the market is now reacting negatively to the possibility of higher rates. But if you look at the history, you’ll find that stock markets were able to do quite well even with high interest rates,” Mobius said.

The comments come after the September Consumer Price Index clocked in above expectations at 8.2% on Thursday, spurring an initial sell-off in stocks followed by a massive swing higher.

Mobius earlier warned that the US economy “looks very bad” and that the picture could get worse, as inflation continues to stay above the Fed’s 2% target. On Friday, he acknowledged risks remain, especially if inflation worsens.

“But there’s no question that the Fed could go much much higher, and there could be a lot more pain ahead, provided that the CPI stays at this level or even goes higher,” Mobius said.

Meanwhile, JPMorgan CEO Jamie Dimon warned that higher rates could lead to a US recession in the next six to nine months and cause a 20% sell-off in stocks. Billionaire investor Ray Dalio predicted that the Fed would continue to raise rates to 4.5%, and predicted a rate that high could also lead to a 20% sell-off.

Mobius also noted recession risks are rising, but the effects of a downturn could be temporary for companies, particularly if firms are able to raise prices quickly.

“A recession does not necessarily mean that people feel poor,” he said.

But some experts have disagreed with the premise of a shallow or short-lived recession. “Dr. Doom” economist Nouriel Roubini warned in an op-ed on Friday that the US was facing a financial crisis never seen before, and previously said hopes for a mild recession are “delusional.”