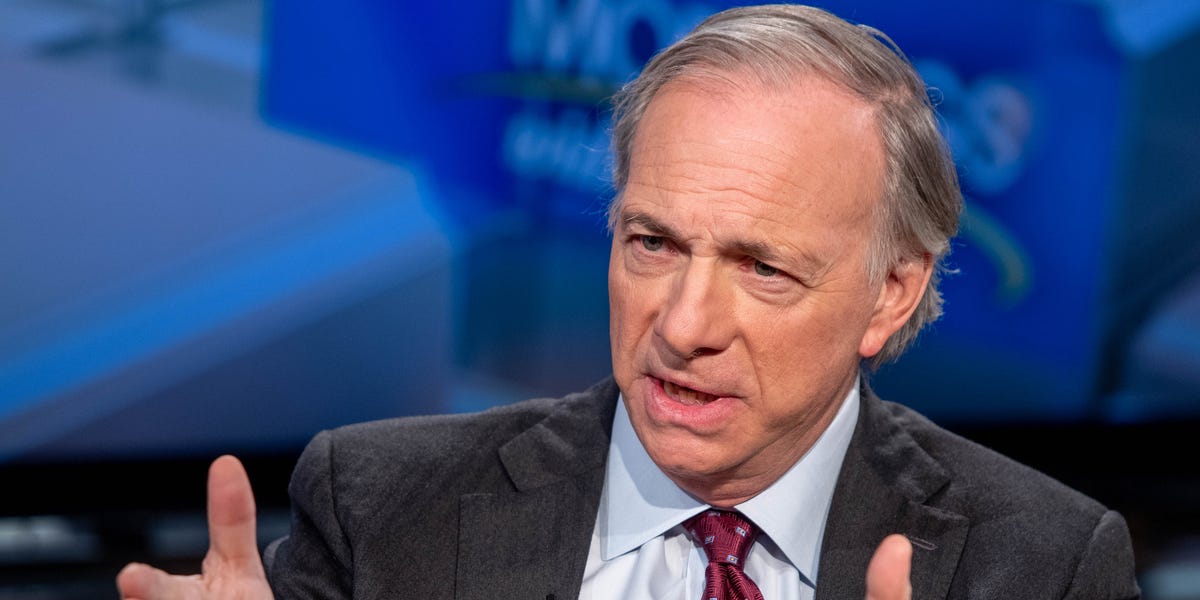 Ray Dalio has warned the US faces a rare combination of challenges, and has predicted the Federal Reserve’s inflation battle will cause further pain for markets and the economy.

The billionaire investor flagged the vast amounts of debt and cash in the US economy, raging political conflicts between Democrats and Republicans, and Russia’s ongoing invasion of Ukraine as key concerns.

“Those three things are the perfect storm,” he said at the Greenwich Economic Forum on Tuesday.

Dalio complained that “ridiculously stupid” interest rates and a flood of cheap money have inflated US asset prices and overstimulated the economy in recent years. He cautioned the comedown would be deeply unpleasant.

“The Fed and the government together gave an enormous amount of debt and credit, created a giant lurch forward, and created a bubble,” he said.

“They will raise interest rates to the point that there’s enough economic pain and financial market pain to deal with that,” he said. “They’re putting on the brakes, so we’re going to create a giant lurch backward.”

Dalio, the founder of Bridgewater Associates, recently stepped down as the hedge fund’s co-chief investor, and now serves as a mentor to its bosses. He explained that inflation only falls when people lose buying power and start spending less, which requires rates to increase enough to reduce demand for credit in the private sector.

The investor predicted yearly inflation between 4% and 5% in the medium term, and suggested rates would have to increase from about 3% today to over 4.5% in response.

The dollar has soared to a 20-year high against other major currencies this year, reflecting the US economy’s greater strength and higher rates compared to other countries. However, Dalio advised against valuing the greenback relative to its rivals.

“They’re all bad currencies,” he said. “They’re all depreciating in buying power,” he added, referring to the impacts of inflation and a growing money supply on the value of many countries’ notes and coins.

The veteran investor also offered some advice for navigating the current market. He recommended people invest in things they know they’ll need, such as education, food, healthcare, and a home.

He added that peaceful countries with budget surpluses and solid balance sheets are good places to deploy money, and emphasized the potential value of emerging technologies. He also underscored the importance of having a diversified portfolio.

“It only takes one time to knock you out of the game,” he said. “You have to survive first.”

Finally, Dalio flagged the numerous challenges facing China, including a “debt crisis that they’ve allowed to go too far into the bones of the economy.”

He pointed to the country’s overleveraged real estate industry, and questioned its commitment to free markets. He also warned of further disruptions from COVID-19, noted there are too few young people to care for the elderly, and highlighted climate and water problems too.

“China’s got a lot of those problems to deal with,” he said, adding that the nation’s long-term outlook is bright but it has “major issues” right now.

Read more: A stock trader who’s up 42% year-to-date shares 5 key adjustments he made to his trading strategy that have helped him beat the market and remain profitable