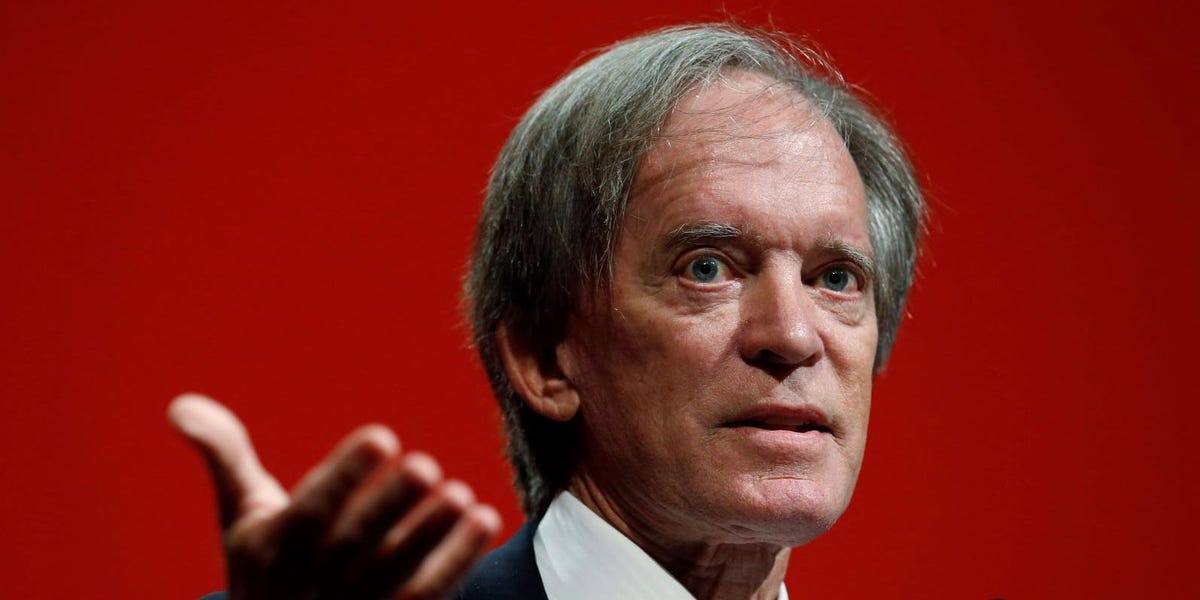 
Bill Gross has warned the Federal Reserve and its central-bank peers against hiking interest rates much higher, as they risk causing a painful credit crunch and tanking the global economy.

“The US and other economies cannot stand many more rate increases,” Gross said in his latest investment outlook, adding that a federal funds rate of 4.5% next year would be excessive.

The Fed has lifted its benchmark rate from virtually nothing to a range of 3% and 3.25% in recent months, and signaled rates could reach as high as 4.9% in 2023.

Gross, whose nickname is the “Bond King,” cofounded Pimco and managed its flagship Total Return fund. He argued the US economy is too indebted to handle materially tighter financial conditions, especially with a raft of growth headwinds buffeting other nations.

“Recent events in the UK, cracks in the Chinese property-based economy, war and a natural gas freeze in Europe, and a super strong dollar accelerating inflation in emerging market economies, point to the conclusion that today’s 2022 global economy in no way resembles Volcker’s in 1979,” Gross said, referring to former Fed Chair Paul Volcker.

Gross, who retired in 2019 and now manages money for his family and foundation, underlined the importance of “carry” — the difference in yields between short-term bonds and long-term ones.

The billionaire investor explained that if there’s positive carry, companies can borrow money cheaply, lend it out at a higher rate, and make a profit. In contrast, negative carry makes them reluctant to lend, so it weighs on economic growth.

“Almost all financial-based economic activity now depends upon this ‘mother’s milk’ called carry,” he said, adding that the past four US recessions were caused by a lack of it.

Gross added that Volcker conquered double-digit inflation in the 1980s by setting up a negative carry of over 500 basis points for three years. It came at the cost of a severe recession.

“A negative carry of 500 basis points now would slay inflation but create a global depression.”

He noted the current negative carry of 45 basis points between the 2-year and 10-year Treasuries already exceeds the levels seen with US recessions in 2007, 2000, and 1989.

Gross is worried that if the Fed hikes rates significantly, lending will become so unappealing and debt so onerous in the highly levered US economy that credit dries up.

Coupled with a slew of overseas challenges, the outcome could be a global economic disaster.

The investor has previously cautioned the Fed against going overboard in its inflation fight. He warned in March that interest rates above 3% would likely tank the US housing market and create cracks in the economy.

Read more: Watch for these 3 key events that will determine if stocks are headed for a dramatic decline or a ‘lights-out rally’ in the next few weeks, says a veteran chartmaster who called the latest market selloff