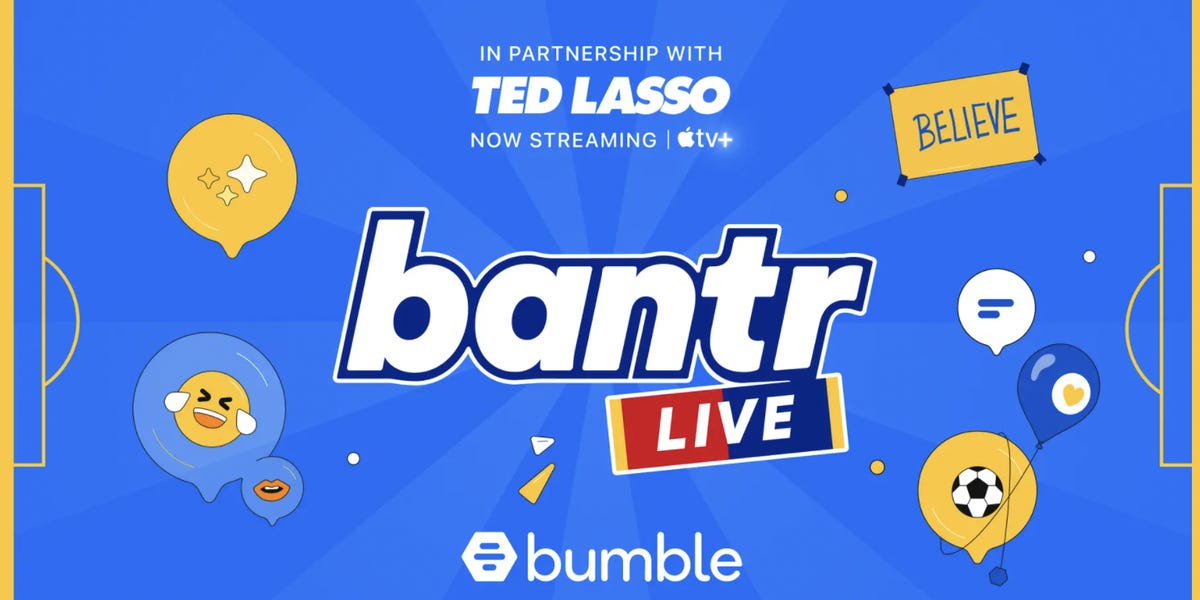 Bumble is teaming up with Apple TV+’s hit show “Ted Lasso” to bring a fictional dating app to life for users.

“Ted Lasso” fans may recognize Bantr as the app used by characters Rebecca Welton and Sam Obisanya on the show. On Thursday, the real-life dating app Bumble launched a Bantr Live feature that allows users to chat for three minutes without seeing each other’s photos, according to a news release from Bumble.

Bumble users can RSVP for the live weekly event if they’d like to be connected with someone based on search preferences. After the three minutes are up, both parties can decide whether or not they’d like to match and continue talking. If they both choose “yes,” they’ll be able to see each other’s photos.

“The premise of Bantr is a dating experience many of our members have expressed interest in over the years,” said Bumble Global Vice President of Partnerships Olivia Yu in a press release.

“Bantr Live enables our community to connect with someone unexpected and learn more about a person before seeing them,” Yu added.

According to the release, Bantr Live will be available on the Bumble app every Thursday at 7 p.m. local time for the rest of 2022. It also is available to users in the US, UK, Canada, and Australia. Users will be able to redeem a free, two-month trial subscription to Apple Tv+ to watch “Ted Lasso” among other programs, MSN reports.

Spoiler alert: On the show, Sam chats with his boss Rebecca on Bantr without either of them realizing who the other is, and, eventually the pair end up together.