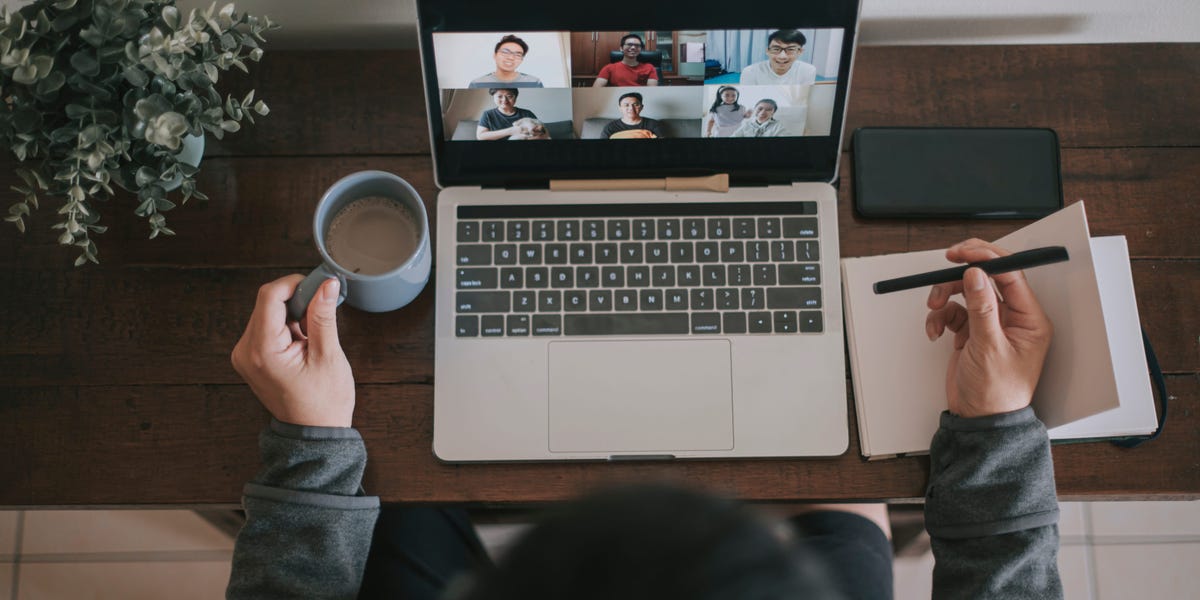 Can your boss fire you for refusing to turn your webcam on? If you live in the US, probably.

If you get fired for not turning your webcam on for a work meeting, it’s unlikely you’d be successful making a wrongful termination claim in the US, legal experts told Insider.

It’s a meaningful difference amid recent headlines about a successful lawsuit in the Netherlands that saw a Dutch remote worker awarded $73,000 after he was fired after refusing to turn on his webcam during a virtual training program.

The Florida-based company who had employed the worker terminated him, citing “refusal to work” and “insubordination” as the reasons, according to court documents.

At-will employment means either the employee or employer can terminate the employment agreement at any time. In the US, an at-will employer can fire a worker for a variety of reasons: for not performing, if they don’t have enough work for them, or basically any other reason that’s not illegal, Cody Yorke, an associate at Outten & Golden’s New York office, told Insider.

In the case of the Dutch worker, he told his former employer, Chetu, that he didn’t “feel comfortable being monitored for 9 hours a day by camera” and that it was “an invasion of my privacy and makes me feel really uncomfortable,” according to English-language Dutch newspaper NL Times’ translation of the court documents.

The Dutch court sided with the employee, saying his firing was “not legally valid,” and that making the employee keep his camera on violated his right to respect for private life.

“The scope for what’s illegal is narrow” in the US, Yorke said, adding that if an employee is complaining about discrimination or something they think is against the law, such as being fired out of retaliation, they may be protected.

Unlike the default in most parts of the US, many other European countries and other countries around the world require a legitimate business reason for any termination, Yorke said.

If a US employee was in a similar situation as the remote worker in the Netherlands, Yorke said the question would boil down to whether or not their complaint about having to keep their webcam on all day falls under the scope of protection, which changes from state to state.

York said it’s “probably not” illegal to make a US employee leave their camera on all day. On the federal level, the laws around employee privacy are “kind of outdated” and issues coming up now with remote work are not really covered, she said.

What if you have anxiety being on camera?

Risa Boerner, a partner in Fisher Phillips’s Philadelphia office, said asking an employee to keep their camera on can be analogized to employers asking employees to attend meetings in pre-COVID times.

However, if employees can provide an explanation that could involve a possible disability, employers should consider making an accommodation if it’s needed.

For example, Boerner said she’s understood some employees have told employers that they experience anxiety while participating in video calls.

“If employers are given this explanation, they should consider exploring whether, under the circumstances, the employee has a condition that could be considered a disability under the ADA, and if so, whether an accommodation is warranted,” Boerner said.

However, Boerner said claiming anxiety is not necessarily a legitimate reason under the ADA, so employers need to collect information from the employee to evaluate whether they have a disability and what the reasonable accommodation would be.

Some states, like California, have a constitutional right to privacy, Boerner said, so it’s possible that some employees could try to claim a violation of their right to privacy if their employer records them without sufficient notice — something that may also violate certain wiretapping laws if the recording happens without notice or consent.

“I think it is highly unlikely that an employee could successfully argue a violation of a state constitutional right to privacy based on an employer asking the employee to turn their camera on while working from home,” Boerner said. “I don’t think employees would be able to establish that they have a legally protected privacy interest in keeping the camera off, a reasonable expectation of privacy under the circumstances, or conduct by the employer constituting a serious invasion of privacy.”

As the workforce turns more to work from home and remote work, Boerner said it’s possible that more states will follow New York’s example with its new employee-monitoring law that went into effect in May. The law requires private-sector employers to provide notice of electronic monitoring practices to all employees when they’re hired and in a place where all employees can see the notice.