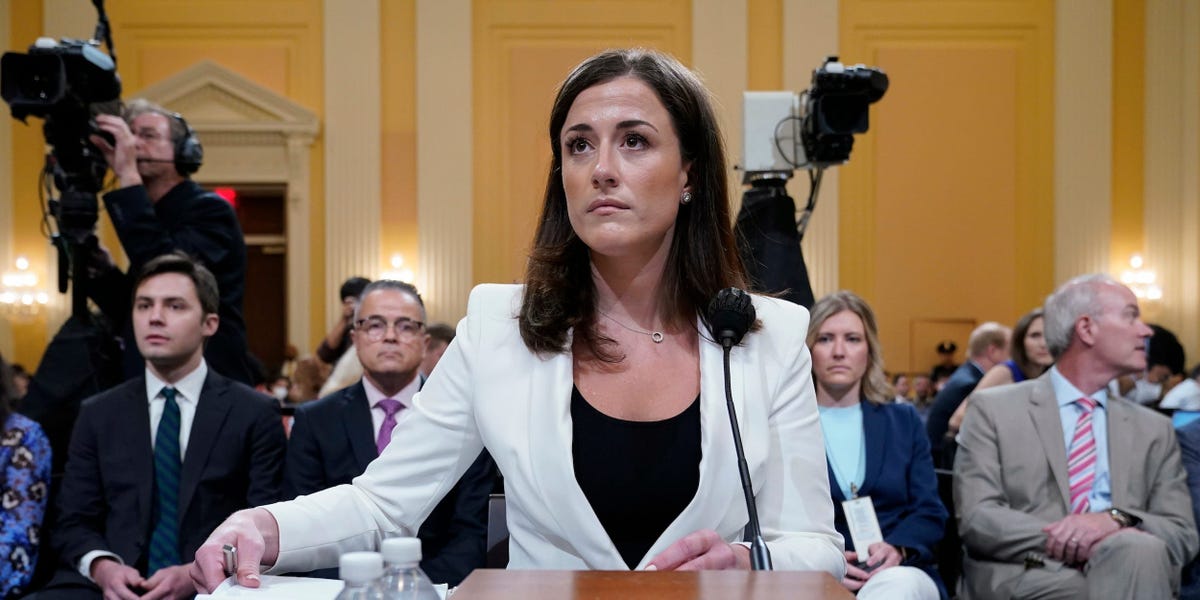 Cassidy testified that she and her then-boss, former White House chief of staff Mark Meadows, crossed paths with Trump in the Rose Garden in December 2020 as the president was leaving the Oval Office.

“The president was just raging about the decision and how it’s wrong and why didn’t we make more calls and just his typical anger outbursts at this decision,” she said in testimony the committee presented on Thursday. “He had said something to the effect of, ‘I don’t want people to know we lost, Mark. This is embarrassing. Figure it out. We need to figure it out. I don’t want people to know that we lost.'”

The testimony supports a description of that conversation in a newly-revealed Secret Service message that the committee presented, saying he was “pissed” and “livid.”

Trump had pinned his hopes on the Supreme Court siding with him in the case that sought to toss out election results in four battleground states that he lost to President Joe Biden.

It was among more than 60 election lawsuits the committee identified as having been filed by the Trump campaign or allies, resulting in 61 losses and one victory that didn’t impact the outcome for any candidate, GOP Rep. Adam Kinzinger, a committee member, noted.