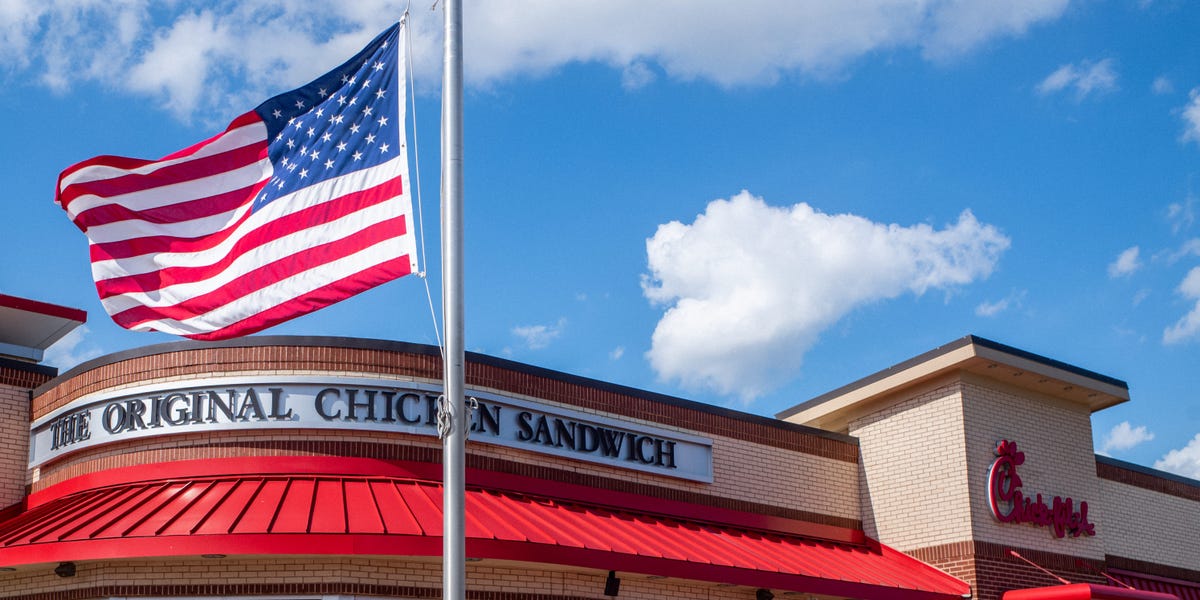 Chick-fil-A has the slowest drive-thrus, a study shows – but only because it’s so popular that there’s always cars waiting in line

Chick-fil-A has the slowest drive-thrus of 10 major US fast-food chains, a new report shows – but that’s because it’s so popular that there is almost always a line of cars.

On average, it takes customers eight minutes and 29 seconds to go through the drive-thru at the chicken-sandwich chain, including both time spent both waiting in line to place their order and then waiting for their food to be ready, the study by Intouch Insight in partnership with QSR Magazine found.

But the slow speed of Chick-fil-A’s drive-thru is because it has, on average, the longest line of the chains studied, making it a victim of its own success.

Chick-fil-A restaurants had an average of 4.74 cars in its drive-thru line, compared to an average of 2.76 across the 10 chains studied. When taking the number of cars in the line into account, Chick-fil-A actually had the quickest average time at just one minute and 47 seconds, the study found.

The study was based on more than 1,500 drive-thru orders placed by mystery diners at restaurants across the US. The study covered 10 leading fast-food chains: Wendy’s, Burger King, Chick-fil-A, Dunkin’, McDonald’s, Arby’s, Carl’s Jr., Hardee’s, Taco Bell, and KFC.

A similar study last year also ranked Chick-fil-A as the slowest drive thru, with more cars in line than at the other chains studied and wait times nearly twice as high as in 2019.

Customers had the quickest average drive-thru times at KFC, where it took on average five minutes and two seconds from joining the end of the line to being given their food. But KFC had on average just under two cars in the line.

Carl’s Jr. and Hardee’s had the shortest average drive-thru lines, with just 1.79 cars.

The study found that drive-thru customers at Arby’s and McDonald’s were the most likely to be given the correct order, with a 89% order accuracy. Wendy’s, in contrast, got 21% of orders at least partially wrong.

The drive-thru customers were most satisfied with their experiences at Chick-fil-A and Carl’s Jr., while Wendy’s had the lowest satisfaction rate.

Fast-food became more reliant on drive-thrus and delivery during waves of lockdown throughout the pandemic, and many have been remodeling their restaurants and drive thrus to adapt to rising numbers of diners opting to eat their orders off-premise.

Taco Bell opened its first four-lane, two-story drive-thru in June, Starbucks is doubling down on drive-thrus, and casual dining chains like Sweetgreen and Applebee’s are turning to drive-thrus, too.