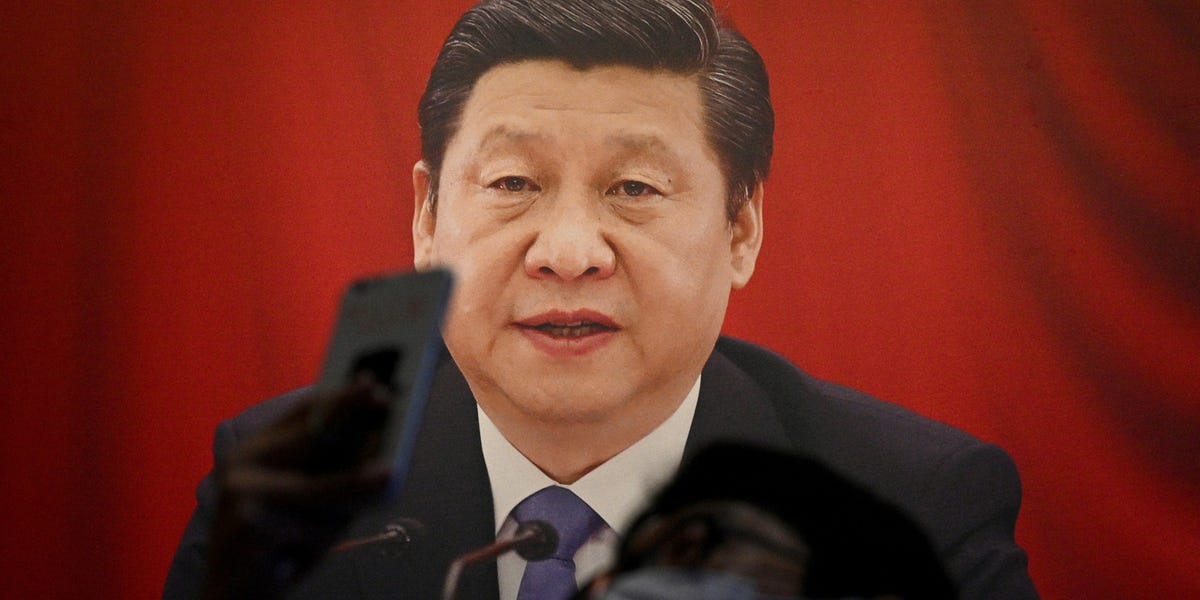 A local-government debt crisis is getting worse in China, as the property market simultaneously crashes and Beijing contends with the reverberations if its zero-COVID policies.

About $8 trillion of debt has piled up from so-called local government financing vehicles (LGFV), which China has used to pay for infrastructure projects and spur growth since the Great Financial Crisis.

Bonds issued by LGFVs, however, are at risk of defaulting and pose another threat to President Xi Jinping as he pursues an unprecedented third term at the 20th National Congress of the Chinese Communist Party, which began on Sunday.

Experts think Beijing will have to step in with a bailout as officials try to prevent an already-slowing economy from deteriorating further.

LGFVs have been a reliable financial instrument in China, and have allowed the construction of everything from apartment buildings to theme parks.

Then in 2020, the Chinese government started slowing down the property sector, whose ballooning levels of debt were worrying officials. The property market went into freefall, and developers slashed purchases of land, which local governments often rely upon to balance their books. As municipal revenue began drying up, the ability to service LGFV debt weakened.

So far, LGFV defaults have been rare and geographically concentrated in certain inland provinces, according to Tianlei Huang, research fellow at the Peterson Institute for International Economics

“But with zero-COVID and the property crisis continuing to unfold, this could spread to more localities,” he said.

For now, Beijing isn’t keen on offering aid to local governments to resolve debt pitfalls, even though LGFVs usually enjoy an implicit guarantee on their debt obligations, Huang noted.

To avoid a full-scale financial crisis that spills over to China’s broader economy, S&P’s Xu believes government intervention is likely.

But China has a record of tolerating defaults and bankruptcies under President Xi as part of a long-term goal to increase the efficiency of state-owned companies. As recently as late 2020, China saw a string of defaults following the post-pandemic stimulus.

“Local government-backed bond defaults … would lead to further deterioration of financing environment and drive up financing cost in those risky areas,” Xu said.