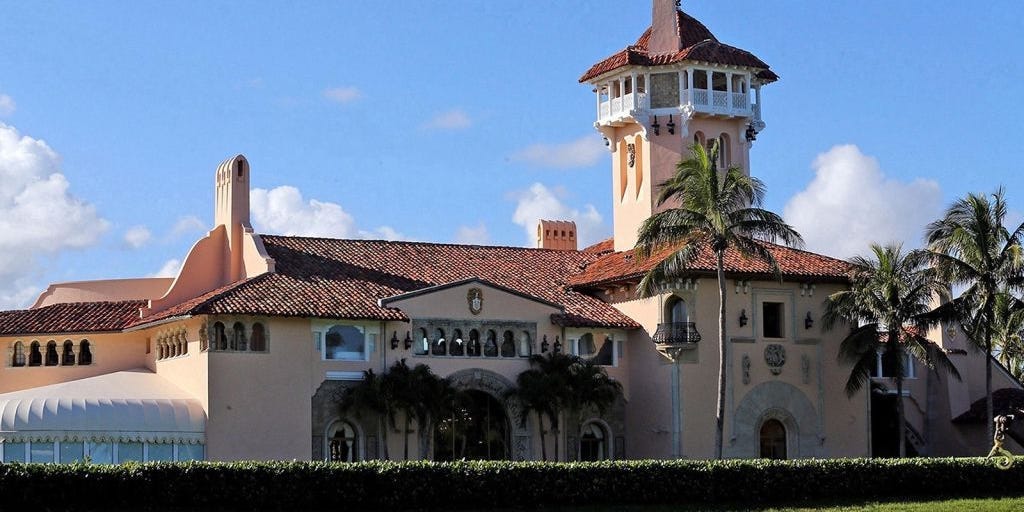 
Logs that described the contents of hundreds of documents seized by the FBI from Donald Trump’s Mar-a-Lago resort were posted online in court filings Tuesday in an apparent mistake.

Bloomberg first reported that the logs appeared Tuesday in a legal docket that was posted as part of the ongoing legal battle over the documents between the former president and the Justice Department.

They were swiftly removed, Bloomberg reported.

The logs, shared by Bloomberg, describe a trove of documents that include government records and communications from outside parties, including hand-written notes by Trump on phone calls.

Others describe medical records and legal documents Justice Department officials believe should be excluded from the investigation.

The logs detail documents that were seized when the FBI raided the Florida resort in August, acting on a search warrant.

The logs include information on discussions on presidential pardons, records from Trump’s various legal entanglements, and some notes on phone calls he has as president.

Dated August 30, the logs were written by a team of Justice Department officials — the “privilege review” team — whose job was to sort through the 200,000 documents retrieved by the FBI to establish if any were protected under privilege rules, or were the former president’s private records.

Of the 200,000 documents, it found that 520 merited closer attention, but that only a small number of those actually fell into those categories.

At the time, the DOJ was arguing against Trump’s request for a special master, or independent official, to appointed to review the documents, claiming that the privilege team had already weeded out the material that had to be handed back to Trump.

A federal judge, Aileen Cannon, sided with Trump, and appointed Judge Raymond Dearie as special master to review the material.

She also blocked the DOJ from reviewing highly classified information it retrieved in the raid until Dearie concluded his examination, though that decision was later overturned on appeal.

Trump has offered a shifting array of defenses in response to the DOJ’s investigation into his handling of government records after leaving office.

He’s claimed that it’s part of a political plot against him, and that he broadly declassified swaths of top secret documents before leaving office.

But his lawyers have not repeated those claims in court hearings, focussing on the narrower claim that many of the records are shielded under privilege rules.

That claim appears to have been undermined by the release of the review teams logs Tuesday.