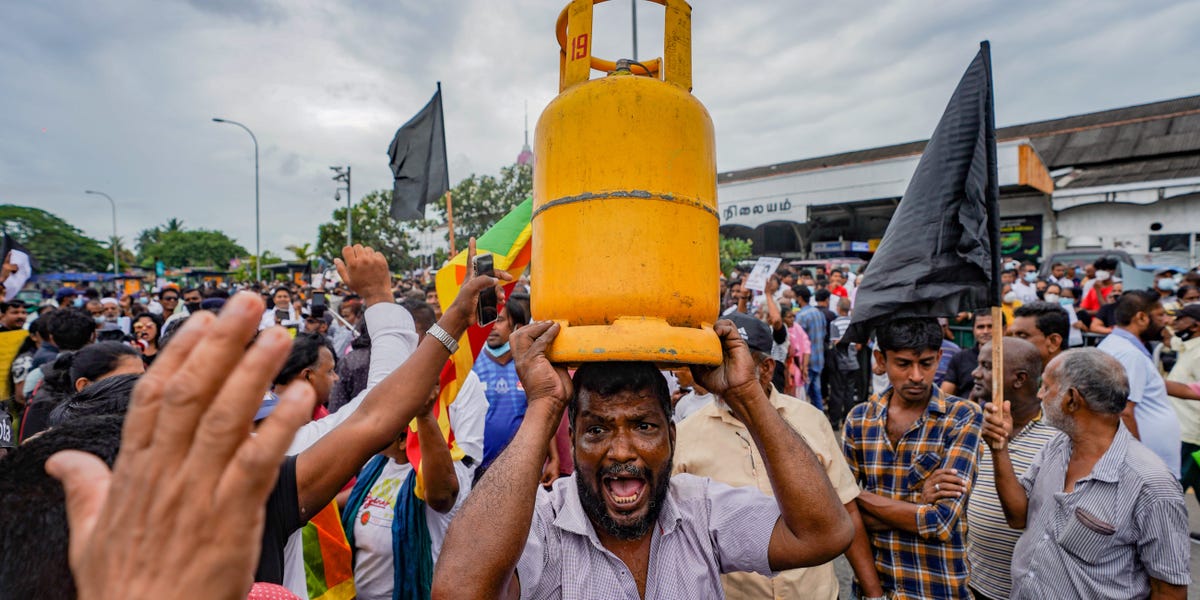 Debt-laden Sri Lanka has been buying up large amounts of discounted Russian oil amid an economic meltdown that sent the country into default for the first time in May.

Since March, the Asian country has been buying so much Russian oil that those barrels account for all its imports, Kpler found. But OilX’s analysis showed Russia was the sole supplier in just some months since May. Both analytics firms compile their own vessel-tracking data.

Three months ago, Sri Lanka said it was sending an official delegation to Russia to negotiate oil deals amid a crippling fuel shortage. At the time, the country’s prime minister Ranil Wickremesinghe — who is now its president — declared the country bankrupt.

But it’s just one of the emerging markets dealing with economic crises now lining up to buy discounted Russian oil. As inflation skyrockets and gas stations run out of supply, they are looking to hedge against rapid price gains for fuel.

“The combination of financial stress due to the current economic climate and very strong dollar, as well as to a degree lower scrutiny in Eastern markets from Western authorities, makes these countries most likely to seek to take advantage of cheaper Russian barrels,” Neil Crosby, a senior analyst at OilX, told Insider.

It’s unlikely that Sri Lanka had ever purchased Russian crude before March this year, Kpler’s lead crude analyst Viktor Katona said. The firm’s records, which started in 2013, show no imports before then.

Sri Lanka’s appetite for Russian oil supplies is price-driven, the analysts said. Flagship Urals crude recently traded at a $17 discount to Brent crude futures, the international benchmark — although the discount has been as wide as $30 at times, according to Reuters.

Sri Lanka is a small crude oil consumer — it’s only able to process 50,000 barrels of the fuel a day, compared with 5 million barrels a day in India, analysts note.

But it’s not alone. With Bangladesh, Myanmar, and Laos also seeking out Russia imports, southeast Asia will likely be a hotspot for Russian crude, analysts told Insider.

Global trade in commodities is typically denominated in the dollar. Strength in the greenback makes the imports expensive for emerging nations, whose currencies have weakened.

As more crisis-hit countries join the line to buy Russian crude, their purchases could provide a steady market for the Kremlin — even if they cannot replace Europe’s market share entirely, said Kpler’s Katona.

Such purchases are undermining sanctions against Russia over the war in Ukraine as energy is a key pillar of Russia’s economy, accounting for over one-fifth of its GDP. The US has banned Russian crude and the European Union set to implement an oil embargo on Russian oil by the end of the year.

Russian seaborne oil exports tanked to their lowest level in a year in the month of September, S&P Global data showed.

To mitigate the impact from lower energy sales to the European Union — Russia’s single largest market — President Vladimir Putin has been hawking Russia’s energy exports to other markets, including Asia.

In April, Russia said it was ready to sell oil to “friendly countries” in “any price range.”