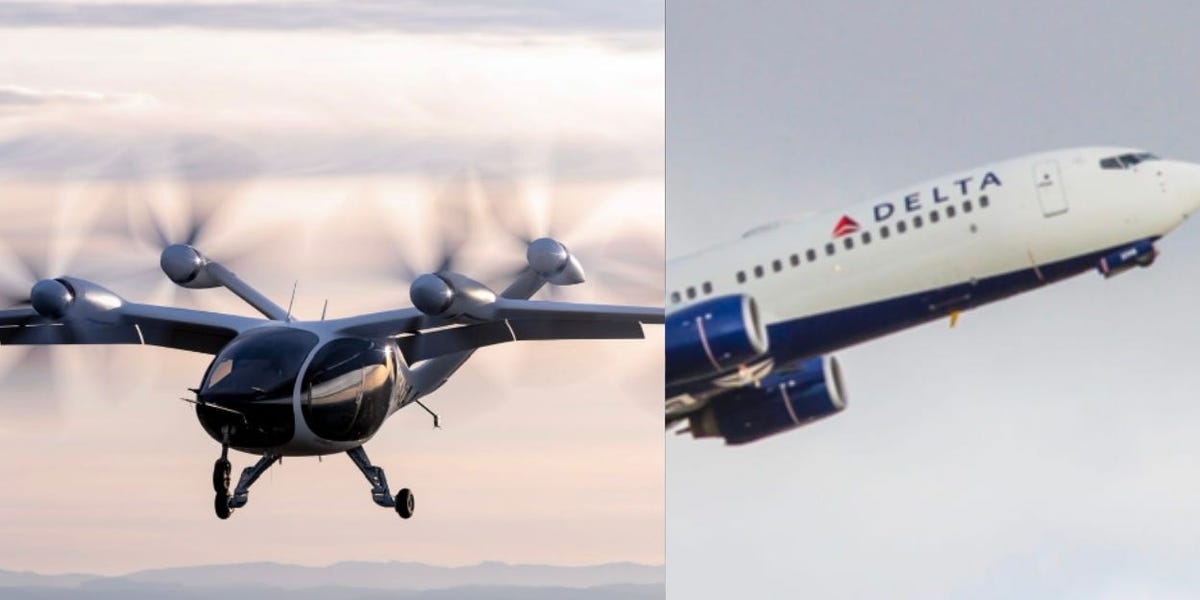 On Tuesday, the Atlanta-based carrier announced a partnership to acquire Joby Aviation, making it the carrier’s first disclosed investment in an electric aircraft. The carrier has already made an upfront payment of $60 million, with the opportunity to invest up to $200 million “as further milestones are achieved.”

“Delta always looks forward and embraces opportunities to lead the future, and we’ve found in Joby a partner that shares our pioneering spirit and commitment to delivering innovative, seamless experiences that are better for our customers, their journeys, and our world,” Delta CEO Ed Bastian said in a press release.

According to the airline, Joby’s all-electric eVTOLs will create a “differentiated, premium experience” that will allow Delta customers to seamlessly book city-to-airport transfers that are quiet, efficient, zero-emission, and fast, meaning travelers can bypass heavy traffic common in large cities.

The eVTOL will first operate in New York and Los Angeles — two of Delta’s key business hubs — and the airline said it expects it to be the first of its kind to enter the market.

“This is a groundbreaking opportunity for Delta to deliver a time-saving, uniquely premium home-to-airport solution for customers in key markets we’ve been investing and innovating in for many years,” Bastian said.

Joby’s eVTOL is a five-seater all-electric vehicle, which has already flown over 1,000 test flights over 10 years, according to the company. The aircraft, which is expected to enter service as soon as 2024, is engineered to fly up to 200 miles per hour with a range of 150 miles.

In addition to Delta, Joby has partnered with Tokyo-based All Nippon Airways to bring air taxi transfers to Japan.