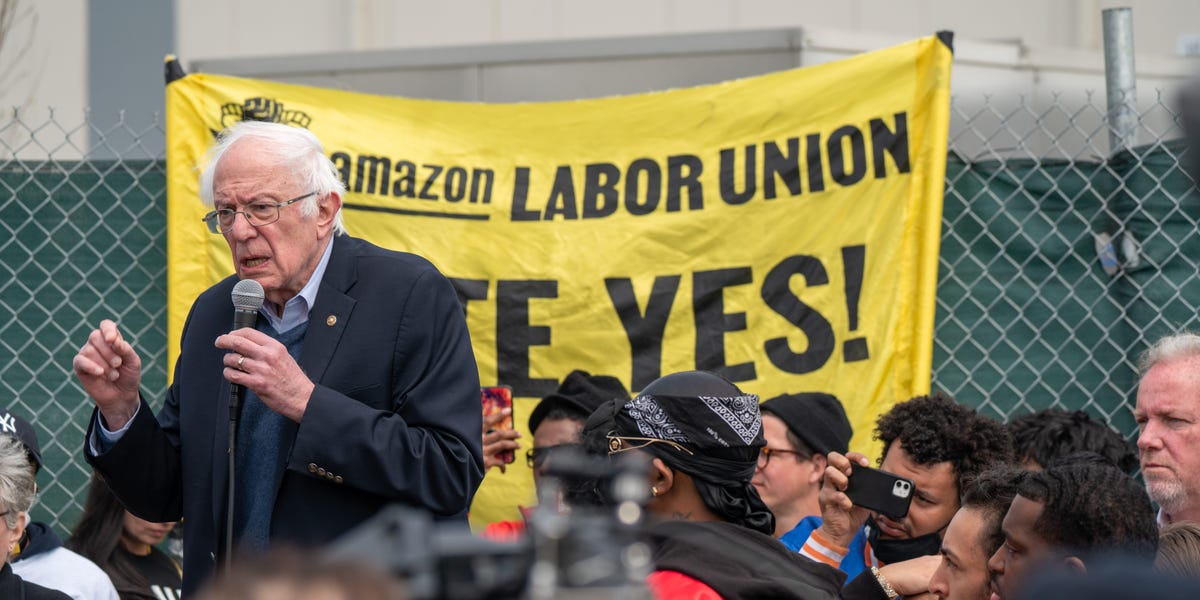 Democrats need to focus on the economy and expose Republican ‘anti-worker views’ to win the midterms, Bernie Sanders says

With the midterm elections looming — and Democrats’ current razor-thin majority in peril — Bernie Sanders has some advice: Fix the economy.

In an opinion piece for the Guardian, Sanders writes that the country has been plagued for decades with “structural economic crises.” He said it’s time for Democrats to confront Republicans about them — “and expose their anti-worker views on the most important issues facing ordinary Americans.”

That means pushing for things like extending the $300 child tax credit, beefing up social security benefits, enacting paid leave, increasing the minimum wage, higher taxes on the ultra-wealthy, and making healthcare more affordable. By supporting policies addressing inequities and giving Americans more economic support, “the Democrats must stand with the working class of this country and expose the Republicans for the phonies that they are.”

Many of those measures have made it into proposed legislation from Democrats, only to be defeated by key centrists in their party. However, as Sanders notes, no Republicans have been willing to line up behind things like a $15 minimum wage or 12 weeks of paid family leave.

“The list goes on: childcare, housing, home health care, college affordability. On every one of these enormously important issues the Republican party has virtually nothing to say to address the desperate needs of low and moderate income Americans,” Sanders writes. “And what they do propose will most often make a bad situation worse.”

It’s not a new perspective for Sanders, who’s warned that Democrats could be in for a rough 2022 if they don’t throw their support behind the resurgent labor movement and the working class. He pointed again to rising wealth inequality, and inflation driven by desire for profits.

But his latest remarks come after the Biden administration made unexpectedly major economic moves, passing the Inflation Reduction Act and announcing forgiveness of up to $20,000 in student debt for some borrowers. As Insider’s Walt Hickey reported, Biden saw a huge upswing in polling in late August as those economic policies were announced. And Biden’s recent moves on marijuana could also prove an economic boon for Americans with federal marijuana offenses — and a winning policy on the ballot.

However, Sanders’ push for Democrats to be more aggressive on economic policies — which he says are not radical, but simply just “extremely popular” — still face a big roadblock: Other Democrats.

Sen. Joe Manchin pushed back on paid leave and the child tax credit. Sen. Kyrsten Sinema memorably voted down the $15 minimum wage, and has continually spiked tax hikes on the wealthy. Both have stood against larger and more sweeping economic proposals, with the smaller Inflation Reduction Act catering to Manchin’s desire to cut down on the deficit. Sinema successfully preserved provisions benefiting wealthy investors as Democrats hashed out that legislation.