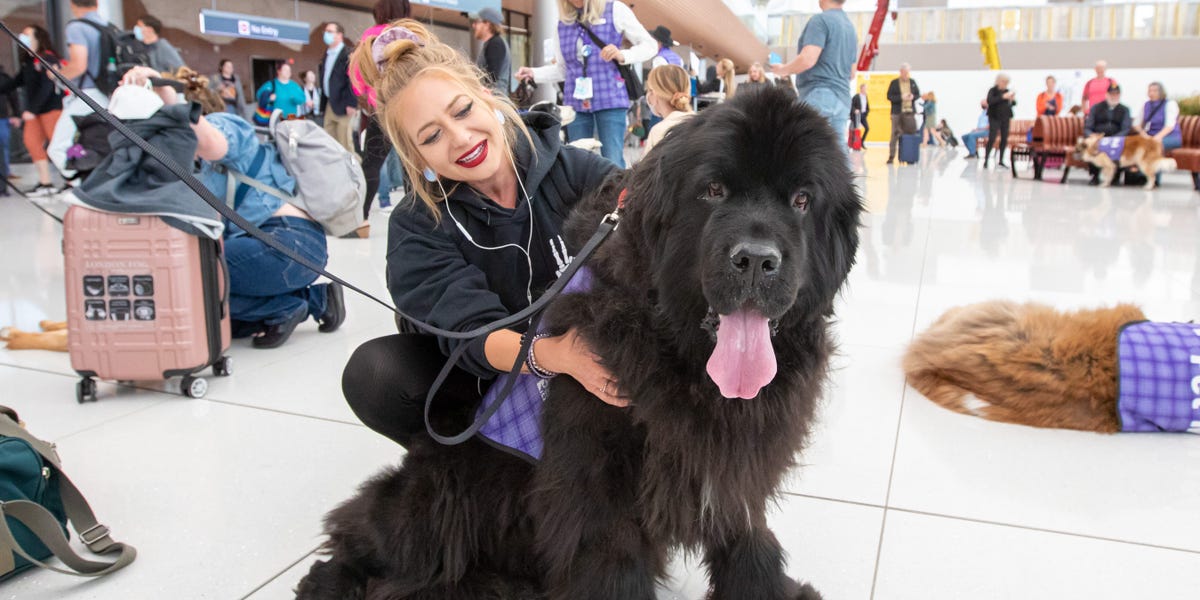 Denver just clinched the record for the world’s largest animal therapy airport program from LAX. Take a look at how its team of dogs entertain passengers.

While the record is highly specific, Denver had to beat out around 45 competitors for the quirky title that sees dogs roam the airport’s halls.

The program, which has been running for eight years, will appear in the 2023 version of the record book.

Take a look at some of the canines, and one cat, that roam Denver’s airport.