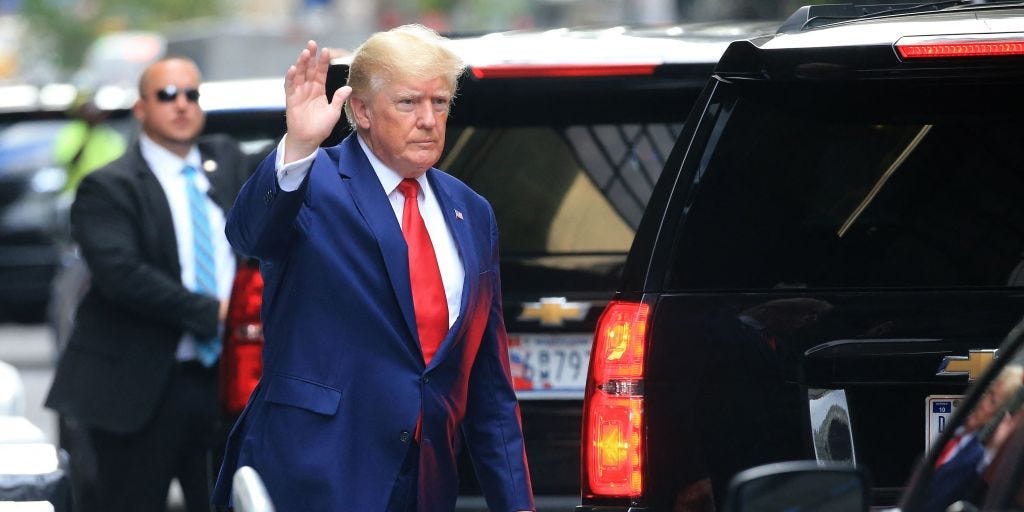 DOJ asking if Trump kept sensitive documents at any other properties after Mar-a-Lago seizure: report


The Justice Department is asking witnesses whether former President Donald Trump was known to keep sensitive government documents at any of his other properties after federal investigators seized 11 sets of classified records from his Mar-a-Lago residence in August, according to Rolling Stone.

The outlet on Friday cited two people familiar with the matter who said federal investigators are also asking witnesses if the former president had a habit of moving classified documents from Mar-a-Lago to other Trump properties, including Trump Tower in Manhattan and his private golf club in Bedminster, New Jersey.

“It was obvious they wanted to know if this went beyond just Mar-a-Lago,” an anonymous source told Rolling Stone.

The agency’s questions — directed to multiple witnesses in recent months — could indicate the DOJ thinks Trump’s shoddy handling of important documents went beyond his stash at Mar-a-Lago, according to the outlet, though it’s unclear if the agency has uncovered any proof.

Neither the Justice Department nor representatives for Trump immediately responded to Insider’s request for comment.

The FBI has been questioning several former Trump associates in the aftermath of the August 8 raid as part of its probe into Trump’s retention of highly sensitive documents. Rolling Stone reported that investigators have specifically zeroed in on Trump’s New York and New Jersey property in regard to the possibility of additional documents.

The New York Times on Thursday reported that DOJ believes Trump still has documents from his time in the White House that he has yet to return, despite the ongoing investigation into the matter. According to the outlet, Trump and his legal team have opted to take a combative approach to the Justice Department in response.

As a special master continues a review of the documents retrieved in August, Trump this week suggested that the legal saga has actually had a positive effect on his businesses.

“They’ve given us about $5 billion of free publicity,” Trump said of his Mar-a-Lago resort during a Wednesday speech.