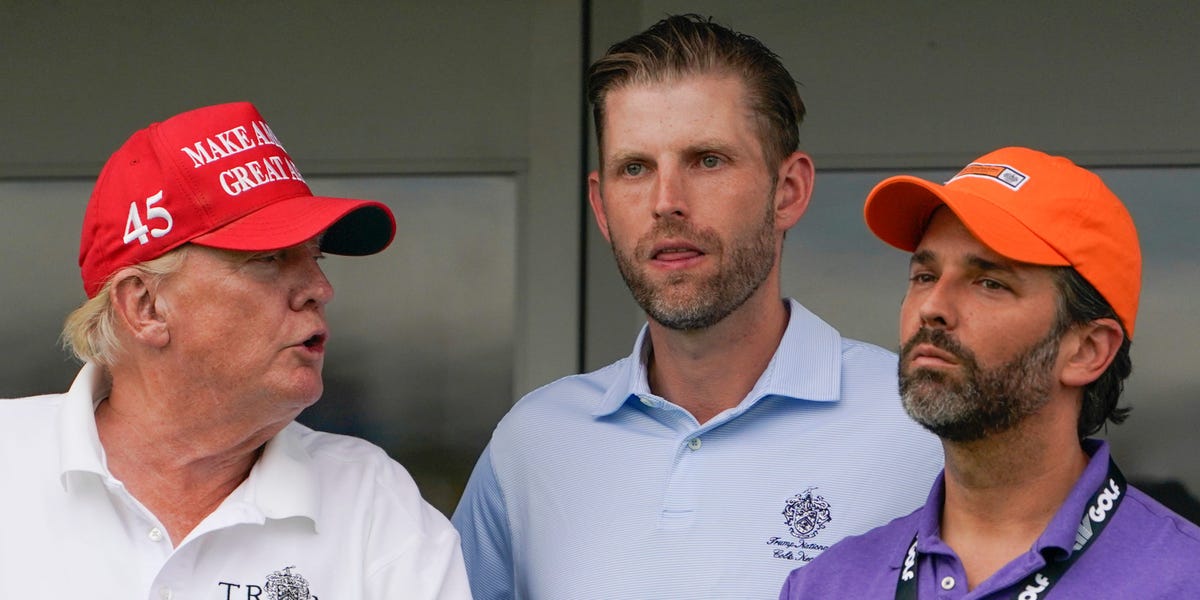 Donald Trump Jr. and Eric Trump wanted large stakes in their father’s media company even though they were barely involved, co-founder says: ‘They were coming in and asking for a handout’

Former President Donald Trump’s two adult sons wanted stakes in their father’s media company even though they were barely involved, according to one of the co-founders of Trump Media & Technology Group.

Will Wilkerson made the allegations about Donald Trump Jr. and Eric Trump in a story published by The Washington Post on Saturday. The story detailed accusations of infighting and potentially illegal activity at the company made by Wilkerson, who filed a whistleblower complaint to the SEC in August.

“They were coming in and asking for a handout,” Wilkerson said of Donald Jr. and Eric, according to the Post. “They had no bearing in this company … and they were taking equity away from hard-working individuals.”

The Trump Organization did not immediately respond to Insider’s request for comment.

In a statement provided to Insider, Trump Media & Technology Group blasted the Post’s reporting and touted Truth Social’s successes, such as launching on the Apple and Google app stores and attracting millions of users.

“Ignoring these achievements, the Washington Post published a story rife with knowingly false and defamatory statements and other concocted psychodramas,” the statement said. The statement did not comment directly on specific allegations.

Wilkerson, who served as senior vice president of operations, said he was fired on Thursday after talking to the Post, the outlet reported. Lawyers for Wilkerson did not immediately respond to Insider’s request for comment, but told the Post he is cooperating with the SEC and New York prosecutors investigating Trump Media.

Wilkerson provided the Post with materials he had given the SEC that he said proved his claims about the company. Among the materials was a log kept by Wilkerson and two other co-founders detailing their daily experiences at the company.

According to the Post, the log showed the three men weighed how to address the Trump family’s involvement in the business. One of the logs noted a person told them that Donald Jr. “needs a bedtime story and some love,” the outlet reported.