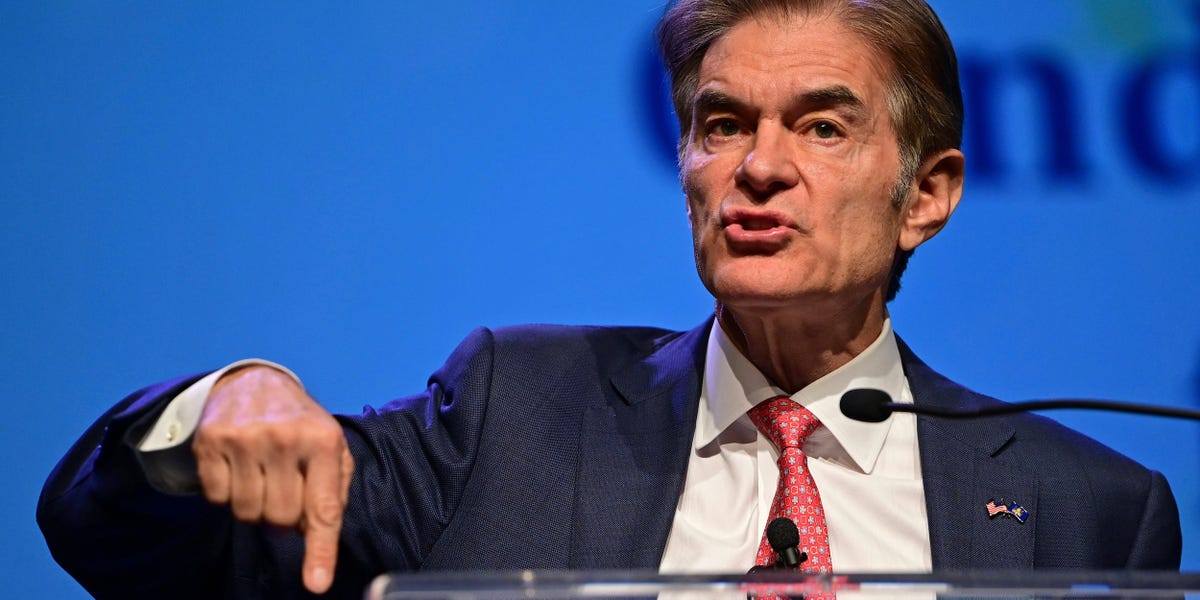 Oz and his Istanbul-based sister, Nazlim Oz, were not present as their lawyers clashed in a Manhattan courtroom, but in one heated moment, Oz was accused by his sister’s lawyer of making a “grab” for the rental income from two condos in the city’s Upper East Side.

“This is what I call a money grab,” Nazlim Oz’s lawyer said during an otherwise calm hearing before New York Supreme Court Justice Suzanne Adams, accusing Dr. Oz of unilaterally stowing the disputed rent in a private account instead of letting a judge or jury decide who gets it.

The harsh words and settlement collapse were the latest development in an ongoing battle over millions of dollars left by the squabbling siblings’ father, Mustafa Oz, a wealthy Turkish surgeon and investor who died in 2019.

Dr. Oz meanwhile remains a contender in another heated and controversy-dense battle — the contest for a US Senate seat in Pennsylvania, in which Democratic opponent John Fetterman most recently slammed him as a “puppy killer.”

Oz personally owns at least 10 properties, including a New Jersey mansion and a Pennsylvania farmhouse he claims as his residences.

In the 2020 lawsuit on the docket Thursday, his sister Nazlim Oz alleges that the former “Dr. Oz Show” host is failing to forward to her the combined $15,000-a-month rental income for two additional properties, a pair of three-bedroom apartments that had been owned by their father.

Dr. Oz counters that his sister is under investigation by Turkish authorities for allegedly forging the father’s signature; on Thursday Dr. Oz’s lawyer asked the judge to let that much larger investigation play out before deciding the apartment matter.

Dr. Oz and his California-based sister, Seval Oz, have also sued the Istanbul-based sister in the Turkish courts, alleging she has looted $2.9 million of their father’s money and stashed it in accounts in Holland, India and the Cayman Islands.

“Dr. Oz was acting prudently, in light of what we’ve seen in the Turkish matter,” Dr. Oz’s lawyer, Michael J. Cohen, told the judge Thursday in asking that the apartment rental lawsuit be for now put on hold.

Besides, Cohen argued — there’s zero evidence that the Istanbul-based sister ever received income from the two condos, even when their father was alive.

“While Nazlim claims that Dr. Oz has cut off her distributions, it in fact appears that she was never receiving any distributions,” Cohen said.

The documents also show that the apartments aren’t generating anywhere near $15,000 a month, he added.

But the sister’s lawyer, Laurence J. Lebowitz, noted that it would be unfair to put the rent battle on ice until the Turkish authorities and courts complete their work.

“There’s no telling when the Turkish inheritance matters will be resolved,” Lebowitz said, adding that allegations that Nazlim committed forgery and theft are, “by no means proven.”

The judge did not set a date for a decision on Dr. Oz’s request to hold off on, or “stay,” his sister’s lawsuit pending resolutions in Turkey.

“The discussions were preliminary,” the lawyer for Nazlim Oz said when asked about the settlement talks. “There is nothing of substance to report at this time.” The lawyer for Dr. Oz did not respond to a request for comment.