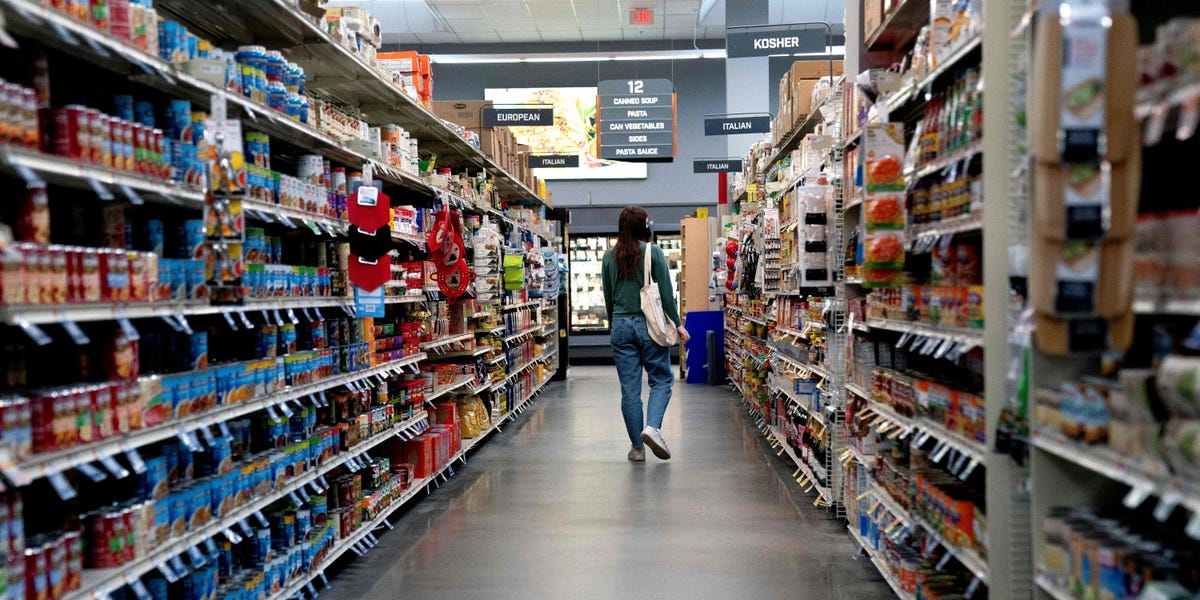 Economists think one key inflation measure is headed back to a 40-year high, much to the chagrin of the Fed

The battle against inflation in the US is far from over, and incoming data is expected to show a difficult slog ahead.

The government is slated to publish Consumer Price Index data for September on Thursday morning, and forecasts aren’t encouraging. The core measure — which strips out volatile food and energy prices — is expected to come in at a 0.5%, according to a Bloomberg survey of economists. The gauge is also expected to climb to a 6.5% year-over-year pace. Should the projection prove correct, that will place core inflation back at the March peak and the fastest pace since 1981.

While some of the biggest contributors to the price surge like gasoline and used car prices have cooled off in recent months, rents and food costs have taken their place. That means households’ finances are still going to be slammed by soaring prices nearly two years after inflation first leaped higher.

Housing costs in particular have been buoyed by the Fed’s own efforts to cool inflation. The central bank has been raising interest rates at the fastest pace since the 1980s in hopes of easing Americans’ demand and giving supply a chance to catch up. That’s raised mortgage rates sharply higher, which in turn has put upward pressure on rents. As the Fed’s hiking cycle pushes into 2023, housing costs could be the latest snag keeping overall inflation elevated, especially since shelter costs count for roughly one third of core spending.

The forecast for headline CPI is rosier, but only slightly. Economists expect the measure to climb 0.2% through September, accelerating from August’s 0.1% gain. The year-over-year rate is seen decelerating to 8.1% from 8.3%, but that’s still far higher than pre-pandemic inflation.

The Thursday report will be closely watched by economists, lawmakers, and the Fed alike. It represents the first in-depth look at how inflation trended through September. It will also reveal which items saw prices fall as well as which ones pose the greatest threat of driving the cost of living even higher.

Economists’ projections suggest the September print will be similar in spirit to the August report. That release showed headline inflation cooling to a one-year rate of 8.3% from 8.5%, signaling the path to healthy price growth will be a long one. Core inflation, meanwhile, rose in August to 6.3% from 5.9%, kickstarting the divergence that’s expected to continue into the fall.

Whether the September inflation data surprises to the upside or shows price growth slowing more than expected, either outcome is unlikely to change the Fed’s plans. Officials signaled in September that more jumbo-sized rate hikes are likely to arrive before the end of the year, and that the central bank will keep raising rates through 2023.

Chair Jerome Powell put the labor market in the spotlight during a September 21 press conference, saying there will likely need to be some “softening” for labor demand to fall in line with supply. Yet data out Friday showed the US still adding 263,000 payrolls through September, beating forecasts and exceeding the pre-crisis trend. The unemployment rate also fell to 3.5% from 3.7%, matching five-decade lows. With hiring still running hot last month, the Fed is all but certain to keep raising interest rates at a rapid clip.