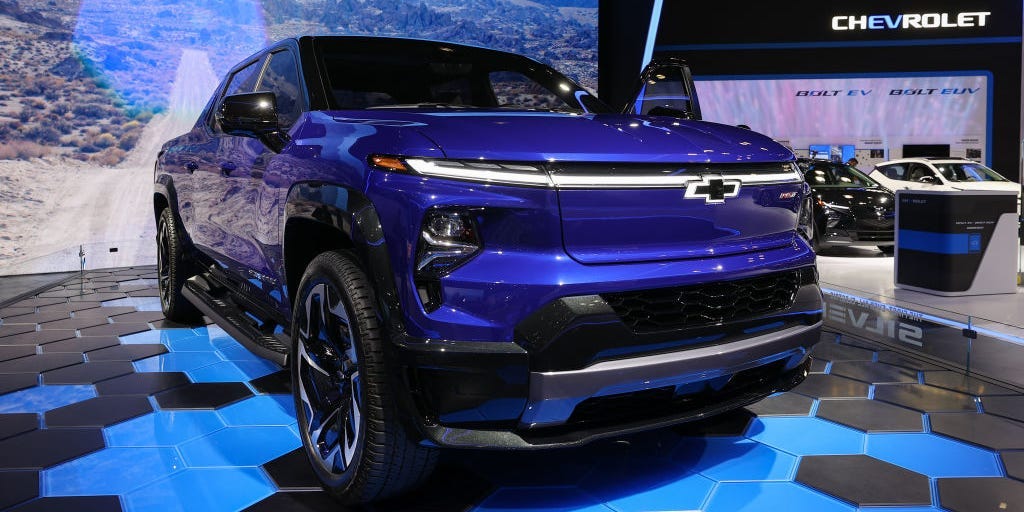 In the not too distant future, many electric vehicles could be mini power plants on wheels.

General Motors this week announced it’s heading in that direction. A new business unit, GM Energy, has a line of electric-vehicle chargers that can also feed power back to homes and the electric grid. The pros refer to it as bidirectional charging.

The Chevy Silverado EV, set to go on sale in fall 2023, will have this capability. GM is also planning a pilot project with California’s Pacific Gas and Electric Company next year that would let a subset of residents use the new chargers and have backup power during outages, which are on the rise amid intensifying heat waves and wildfires. Eventually, EV owners could sell the energy stored in the battery to the grid and get paid.

“We’re at a transformative time in the nexus between the utility and the automotive industries,” Paul Doherty, a spokesman for PG&E, told Insider. “There’s a value stack in EV batteries: supporting the grid, serving as backup power for your home, and also reducing greenhouse-gas emissions.”

Doherty said PG&E is considering pilots with other automakers, including Ford and Tesla, to test what he called “managed charging.” In an ideal world, EVs would discharge energy to the grid during peak demand hours from 4 p.m. to 9 p.m., and charge outside that window when solar is abundant and cheap, he said.

Mark Bole, GM’s head of V2X, or vehicle-to-everything, and battery solutions, said such a scenario isn’t far off. GM Energy has a cloud-based tool that manages charging and energy data, which could connect with utilities and alert customers via a mobile app when to juice up. Aside from PG&E, the automaker is also working with utilities like New York’s Con Edison and the New Hampshire Electric Cooperative.

GM Energy also rolled out a partnership with SunPower, a major US residential solar installer, that will offer customers a home-energy system that includes solar panels and stationary battery-energy storage. It’s not unlike a partnership Ford announced with Sunrun last year.

The Ford F-150 Lightning also has bidirectional charging, which proved useful after Hurricane Ian pummeled southwest Florida’s power grid. Ford CEO Jim Farley tweeted that there was a 127% increase in people using their trucks as power sources to run lights, refrigerators, and smart devices. Some EVs, however, caught fire as saltwater corroded their lithium-ion batteries.

It’s still early, but Sunil Chhaya, a senior technical expert at the nonprofit Electric Power Research Institute, said that within the next five years, he expects all EVs will have these two-way capabilities. It’s unclear at this point whether consumers and businesses will buy in, he added.

“What is it worth to the customer?” Chhaya said. “The business case for somebody to take on the hassle of connecting and investing in all this expensive equipment has to be clear.”