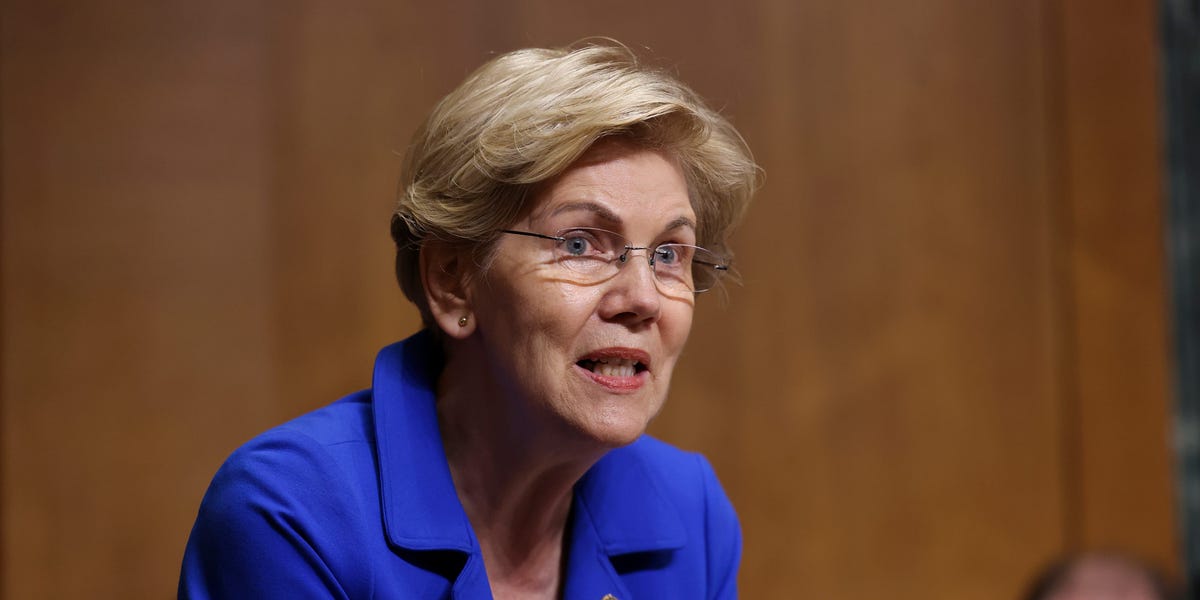 
Two Democratic lawmakers want to ensure President Joe Biden’s student-loan forgiveness isn’t the only route to relief borrowers will get.

Last week, Massachusetts Sen. Elizabeth Warren and House Judiciary Chair Jerrold Nadler reintroduced the Consumer Bankruptcy Reform Act, which would simplify the bankruptcy system and ensure a path to relief for Americans who have no other way out of debt.

For student-loan borrowers in particular, getting rid of debt through bankruptcy is very difficult due to the strict standard of undue hardship, which requires a borrower to prove that they cannot maintain a minimal standard of living, that their circumstances aren’t likely to improve, and that they have made a good-faith effort to repay their debt.

Warren and Nadler’s legislation would make the process easier for borrowers who have no other way to pay off their loans.

“The Consumer Bankruptcy Reform Act takes long overdue steps to make it a little easier and a little less expensive for people who are in deep financial trouble to get meaningful bankruptcy relief,” Warren said in a statement. “I’m grateful to be working with Chairman Nadler on this important legislation to give struggling families a better chance to get back on their feet.”

The bill would create a new Chapter 10 bankruptcy code, according to CBS News, which would allow student loans to be treated like credit cards and other forms of consumer debt — meaning student-loan borrowers could file for Chapter 10 and get their student loans discharged through a simpler process once a judge approves it.

Along with provisions to help student-loan borrowers, the bill would also close loopholes in the bankruptcy code that aid wealthy people and address racial and gender disparities by exempting income related to child support, the child tax credit, and the Earned Income Tax Credit from factoring into a borrowers’ financial capabilities of paying off debt.

Warren and some of her Democratic colleagues have previously expressed the need to reform the bankruptcy system for student-loan borrowers. In September, she wrote a letter to Attorney General Merrick Garland regarding the undue hardship standard, which “has proven to be so difficult to meet that most borrowers do not even attempt to discharge their student loans through bankruptcy.”

“To support the administration’s efforts to overhaul the student loan system and ensure that bankruptcy relief is a viable option for borrowers in severe financial straits, it is critical that you issue and implement this updated guidance without delay,” she wrote.

While Biden’s administration has committed to reforming the student-loan bankruptcy process, little progress has been made so far. Federal Student Aid head Richard Cordray told a House education subcommittee last fall that “the process doesn’t work well. It needs to be reformed … and we’re committed to doing that.” But throughout the pandemic, the administration has continued to oppose borrowers’ requests to seek debt relief in court, prompting an increased push from Democratic lawmakers to reform the process as soon as possible.

And, as Insider previously reported, Biden himself has played a role in making bankruptcy standards stricter. In 2005, he supported the Bankruptcy Abuse Prevention and Consumer Protection Act as a senator, which expanded the undue hardship requirement to borrowers with private student loans, expanding the scope of borrowers who would have to prove their dire financial situation in court.

Warren and Nadler’s bill has also received support from 86 law professors who wrote in a letter last week that “the existing consumer bankruptcy system is too expensive and too complex to serve this function. Its doors are often shut to people who need to file because they cannot afford to hire an attorney to help them.”

“The Consumer Bankruptcy Reform Act turns back the clock and makes student loans subject to the bankruptcy discharge,” they wrote. “Debtors who can pay will not be able to walk away from their obligations—student loans or otherwise. But for debtors who cannot pay, allowing student debt relief will release people from the burden of student loans and will help the economy by freeing up income for productive investment, such as purchasing homes and starting families.”